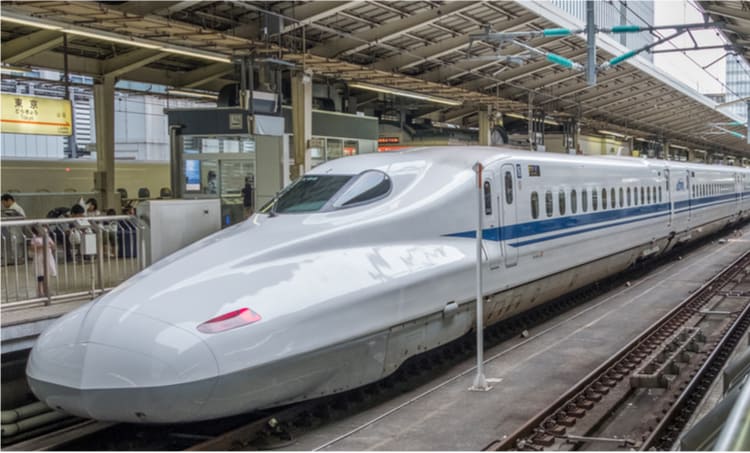 Train with minimal resistance to motion

One of the modern marvels of transportation is the bullet train. This high speed, aerodynamically designed passenger vehicle zooms across rails at speeds greater than 300 kph. These trains utilize superconductivity, which is a property that some metals exhibit at very low temperatures, where resistance to motion goes to zero. This characteristic is maximized at the–as yet unachievable–temperature of absolute zero.

A similar theoretical condition exists for fluid flow. Inviscid flow, where the viscosity of a fluid is zero, does not exist in reality. However, it provides a useful model for fluid dynamics equations in studying fluid flows. Understanding this condition and Euler's equation of motion for inviscid flow is important for the analysis and effective design of certain aerodynamics systems.

What Is Inviscid Fluid Flow?

One of the most important parameters of a fluid is its viscosity. Viscosity determines resistance to the flow of a fluid and can be defined in equation form as follows.

v is the dynamic viscosity

μ is the static viscosity

ρ is the fluid density

Therefore, the density or thickness of the fluid informs its viscosity and resistance to flow. The viscosity varies for different fluids and no fluids have zero viscosity. However, the viscosity can be small enough to be negligible–especially at a sufficient distance from the boundary layer of an airfoil, as shown below, which is when inviscid flow models are used.

The Importance of Euler’s Equation of Motion

Typically, the most important parameters of interest when analyzing fluid flow are velocity, density, and viscosity. However, these characteristics can cause and be affected by changes in temperature, pressure, and volume–or area if limited to 2D analysis. And, the most common analysis technique applied is the Navier-Stokes equation, which is shown below for compressible and incompressible fluids.

As shown, both equations are used when fluid viscosity is not zero.

Now, if the fluid under study has near zero or negligible viscosity and the flow process is adiabatic or there is no material or heat exchange between the fluid and surface–or object–then the Navier-Stokes equation can be replaced by the simpler Euler's equation of motion for inviscid flow, shown below.

How to Apply Euler’s Equation of Motion to Inviscid Flow

For inviscid flow, Euler’s momentum equation may be one of the best tools for the analysis of fluid mechanics problems where the flow has low viscosity. Although, there are minimal cases where fluids are actually inviscid–these fluids where no kinetic energy is lost during flow are called superfluids–Euler’s equations are routinely used in CFD modeling.

CFD modeling typically involves creating a geometrical representation of an object such as an airfoil, rotor blade, or entire vehicle surface. This representation, known as a mesh, is partitioned into units that allow for evaluating changes in the fluid’s parameters. Delauney triangulation is a common mesh generation method where various sized triangular units are created that map out the topology of the surface under study. This model is then analyzed using methods such as Euler’s equation of motion for inviscid flow at every point for various fluid flow conditions. This aids in the object's design such that it will operate reliably under assumed operating conditions.

The best way to perform this CFD analysis is with advanced tools such as Cadence’s CFD suite of tools: Pointwise, for mesh generation, and Omnis, for the Euler’s equation of motion for inviscid flow analysis.