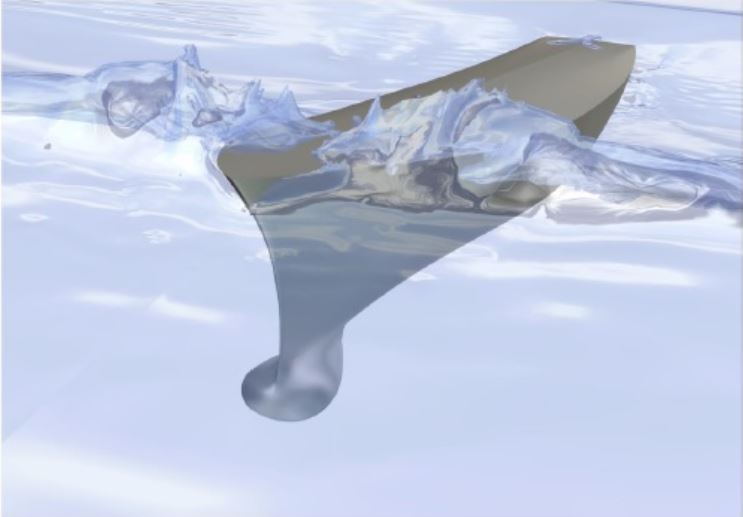 Fluid in contact with a surface meets frictional and viscous resistance to form a velocity gradient, which defines the hydrodynamic boundary layer

A boundary layer is simply a thin layer of fluid that comes into contact with the surface, for instance, of pipe walls or flat plates during flow in a fluid system. However, the study of this simple boundary layer is an important part of fluid dynamics.

What Is a Hydrodynamic Boundary Layer?

Consider a flat plate that is isothermally heated to temperature T。and the incompressible fluid flows over it with freestream velocity ‘v’ at temperature ‘T’. The velocity of the flow in this case is dictated by the viscosity and the frictional force between the surface and fluid particles. During the flow, due to the frictional force, a layer of fluid gets attached to the surface wall. At a no-slip condition, the velocity of this layer is zero. With the increase in distance, the velocity of the flow increases. At a certain point, the velocity becomes one with the freestream velocity, v. This area where the velocity transitions from zero to the free stream velocity, influenced by the shear stress in the fluid, is called the hydrodynamic boundary layer. As the region indicates the flow velocity distribution, it is can also be called the momentum or velocity boundary layer.

The relationship between the velocity gradient, shear stress, and viscosity in the hydrodynamic boundary layer can be expressed as: 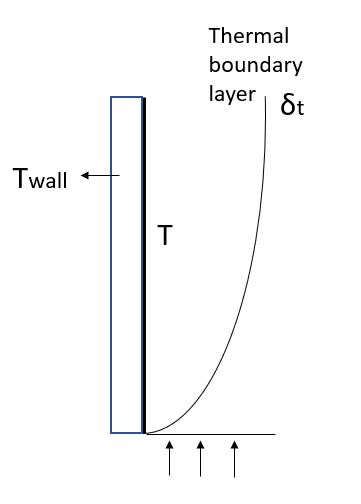 Fluid flowing over a flat plate forms a temperature gradient as the fluid temperature reaches that of the freestream, creating a thermal boundary layer

The Prandtl number is one way the thermal and hydrodynamic boundary layers can be characterized. In simple terms, the Prandtl number is a dimensionless parameter that is the ratio of momentum and thermal diffusivity. Mathematically, it can be expressed as:

Note that Cp is the specific heat capacity, µ is the dynamic viscosity, and k is the thermal conductivity.

When exploring the boundary conditions in complex fluid systems, designers need a detailed understanding of hydrodynamic boundary layers and the associated shear stress, diffusivity, and viscosity-momentum relationship. The analysis of these factors can be facilitated by a CFD solver. Through CFD analysis of the governing equations, accurate boundary layer simulation can be achieved for laminar or turbulent hydrodynamic conditions.