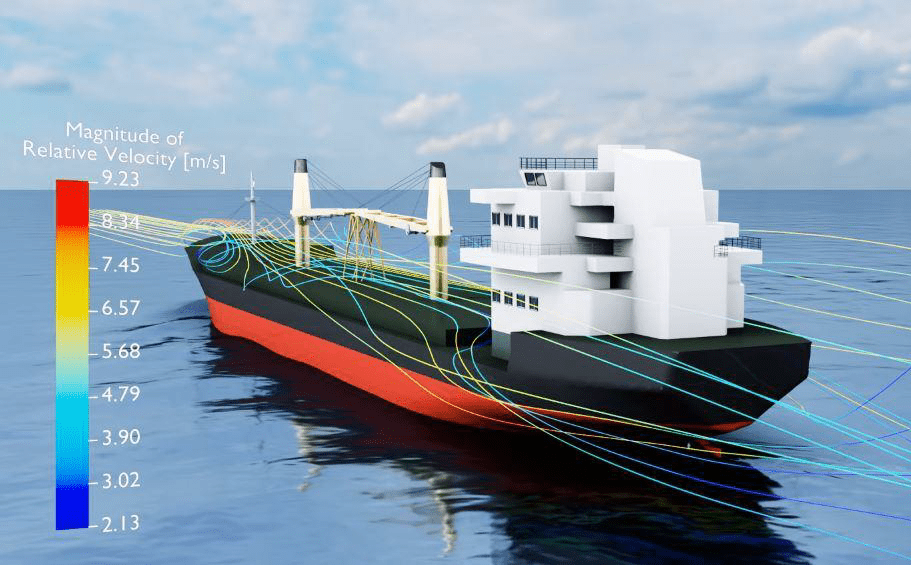 Airflow or fluid flow around a moving object drives an important force: drag. Drag is composed of two constituent forces that act between the surrounding fluid and the moving object—friction drag and pressure drag. Either of these forces may dominate depending on the shape of an object, its velocity, the density of the surrounding fluid, and the fluid’s viscosity. When doing an initial survey of a design and estimating the amount of drag force acting on a moving object, it’s helpful to use an equation to estimate the drag for a particular object before running more thorough CFD simulations.

Estimating Drag With the Friction Factor

The first place to start developing an estimate of drag is to look at laminar flow across an object, ideally for incompressible flow. There are several reasons to start at this point:

Since the friction factor is clearly important as a starting point for systems design, it helps to have some simple models to estimate its contribution to total drag. First, we need to break drag into its two respective contributions. Then, we can create a model for the skin friction force acting on an object.

Defining Drag and the Friction Factor

In general, the total drag force acting on an object is defined in terms of an integral:

The coefficient cf is incorrectly called the Moody friction factor; in fact there are many friction factors attributed to different authors. Both of the coefficients shown above can be functions of Reynolds number, so they will have different forms in the laminar and turbulent flow regimes. At this point, we can use some empirical observations or theoretical models to derive some expressions for the friction factor for various geometries.

The friction factor for laminar flow has a simple expression for a range of systems:

For a closed pipe, we have k = 64. Typical values in similar geometries range from k = 24 to 96 for laminar flow in smooth, enclosed systems. 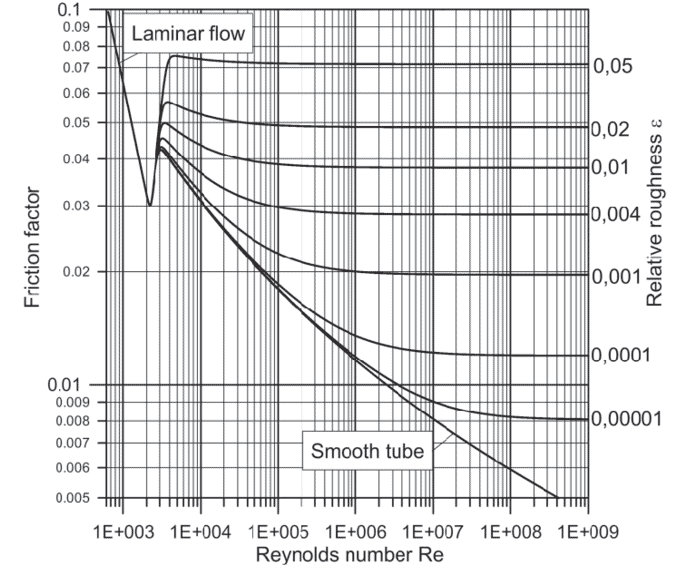 Moody diagrams are useful for extracting trends in specific systems, but they have less generalizability to systems with different geometries. However, they can be constructed from measurements and provide very reliable interpolations. When the system design needs to change or when pressure starts to dominate, CFD simulations should be used to determine the relative contributions from pressure and drag.

When Do Pressure Drag and Turbulence Dominate?

Eventually, when the object/fluid velocity becomes large enough, the cross-sectional area where pressure acts becomes too large, or the external pressure associated with the flow is too large (again, at high velocity), then pressure drag will start to dominate. At this point, the drag coefficient must include its pressure-related term. In addition to a pressure term, turbulent flow will eventually begin to dominate as the Reynolds number increases, and drag coefficient formulas will be different at high Reynolds numbers. The expressions shown in the previous section will no longer be valid and alternative models must be used to describe drag.

Perhaps the most common equation describing the friction factor in turbulent flow is the Colebrook–White equation:

This is a transcendental equation with the roughness factor (e/D) taken as a parameter. It can be solved numerically with a random search algorithm or it can be solved graphically. A good review of this equation and its uses in convective cool can be reviewed in the literature:

Real engineered systems will have complex geometries and velocity distributions, making the calculation of friction factor for laminar flow difficult. However, these problems become tractable for designers who use the complete set of CFD meshing and simulation tools from Cadence. Modern numerical approaches used in aerodynamics simulations, turbulent and laminar flow simulations, reduced fluid flow models, and much more can be implemented with these tools.