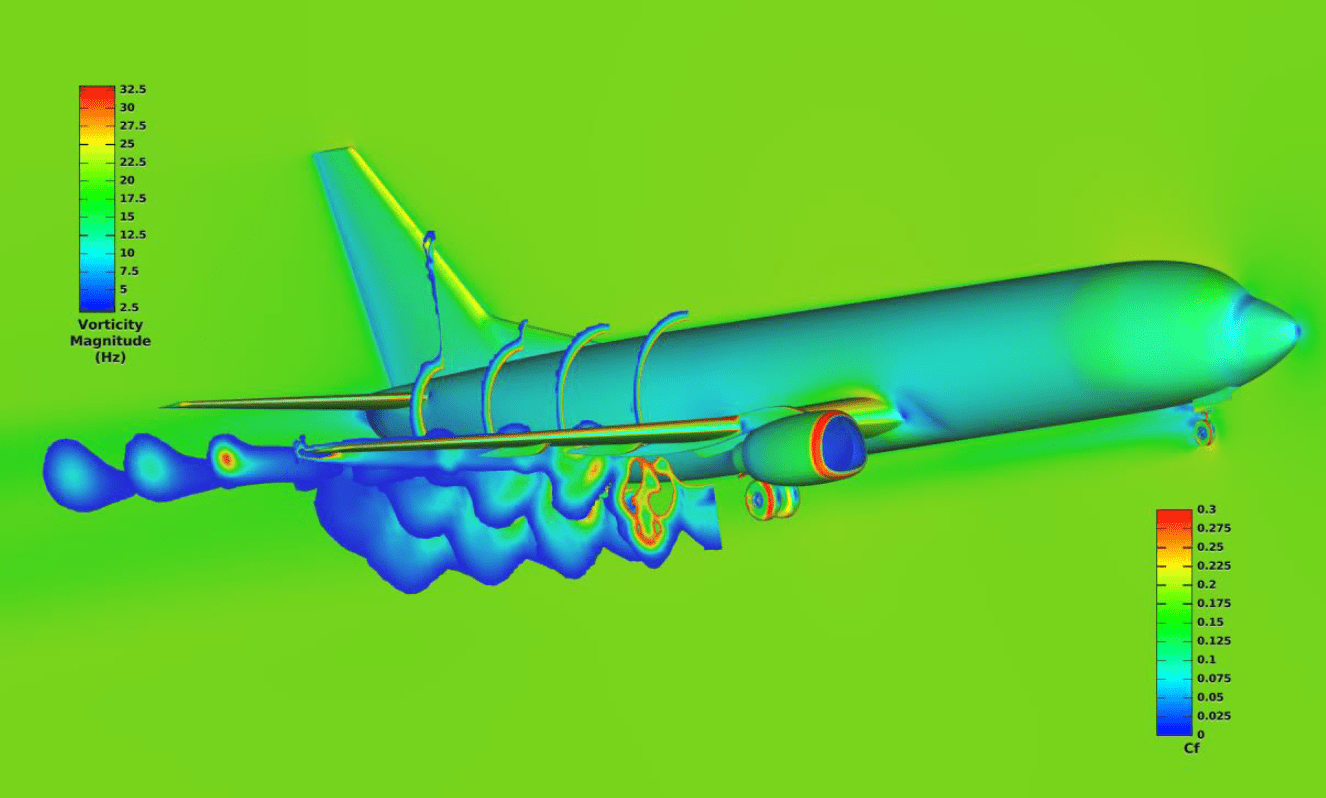 At high Reynolds numbers, the flow across the bottom surface of this airplane will become turbulent

Laminar flow is the most basic type of flow discussed in fluid mechanics problems, both in classrooms and in industry. The flow behavior in a system, including the range of possible parameters that define laminar flow, is summarized in terms of the Reynolds number. This summative, dimensionless quantity has significant explanatory and predictive power in fluid mechanics and is often used as a starting point to understand fluid behavior in complex systems.

In a broad sense, there is a range of Reynolds numbers where flow is guaranteed to be laminar. At high flow rates beyond some critical level, the flow will become progressively more turbulent as the Reynolds number for the flow increases. We can see why this is the case when we examine the definition of the Reynolds number:

Reynolds number definition in terms of forces acting on a fluid

In the above definition, we can see what is required to ensure laminar flow. In particular, when the inertial forces are sufficiently low, the Reynolds number might be below the critical threshold for growth of turbulence and the flow will be laminar. The next question concerns exactly how low the inertial forces need to be.

In general, for a given fluid, the viscous forces are fixed for an incompressible fluid, so the transition to laminar flow will depend entirely on length scale (L) or flow velocity (u). For compressible flows, the density also plays an important role, as very dense, low viscosity fluids will be more likely to enter the turbulent flow regime. Most importantly, due to the complex geometry of real systems, a portion of the flow in one region of a system might be laminar, while the flow might transition to turbulence in some other region.

It is therefore important to understand the limit on Reynolds number for laminar flow in real systems so that flow behavior can be controlled. The transition to turbulent flow for flows over simple shapes is a helpful example to understand how the same transition might arise in a more complex geometry.

Some flows over simple shapes have lower limits on the Reynolds number for laminar flow than others. The shape of the system will impose some boundary conditions, which will limit the flow rate and thus the magnitude of inertial forces acting on the fluid. This produces a wide variety of maximum Reynolds numbers for laminar flow, as shown in the table below.

The numbers above are order of magnitude approximations. As we can see, the critical Reynolds number is not always clustered from 2,000 to 2,500, as is sometimes quoted in guides on CFD simulations. Once we look at more complex systems with compound shapes, complex curves, moving parts, rough surfaces, or partially open boundaries, we have to use more sophisticated CFD methods to examine flow.

It is intractable to solve the primary fluid dynamics equations by hand in complex systems, even with reduced models. Therefore, CFD simulations need to be used to convert the main fluid dynamics equations into numerical schemes that can be solved iteratively. There are several methods to determine the transition to limits of laminar flow and the transition to turbulent flow:

The first approach will have broader applicability, as it relies on a direct manipulation of the Navier-Stokes equations. Therefore, it can be solved directly using a standard numerical method in CFD simulations. The second approach is more often used in aerodynamics or related areas of systems analysis, as it looks at the drag force over a surface. In either case, you will be able to clearly see the transition to turbulence as the Reynolds number increases. At the onset of turbulence, the turbulent kinetic energy will begin growing, while a Moody diagram will exhibit a sudden increase in friction factor as the Reynolds number increases.

When you need to determine the Reynolds number for laminar flow in your system, you can examine all aspects of flow behavior using CFD simulations with Omnis from Cadence. Modern numerical approaches used in aerodynamics simulations, turbulent and laminar flow simulations, reduced fluid flow models, and much more can be implemented in Cadence’s simulation tools.