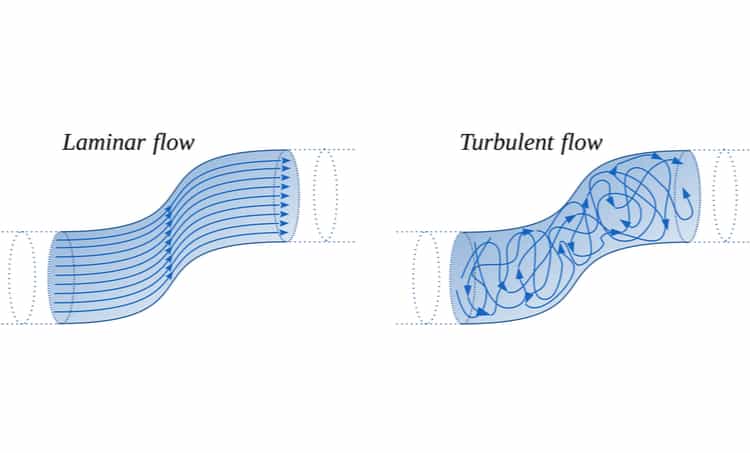 According to the Second Law of Thermodynamics, the entropy of a system always increases, provided the process causing the change is irreversible. Although entropy represents the amount of unusable thermal energy that cannot be converted into mechanical work, increasing entropy is often taken to mean movement from a more stable to a more unpredictable, random, or chaotic state.

This physical reality has led to notions that the world is consistently moving toward chaos, as many processes release or lose energy as heat. An example of this is the heat generated by electrical current flow that is not available for work at the load. These dire predictions of the future are misplaced, as total energy is always constant and heat can be reconverted to usable energy. The Seebeck effect, where a temperature differential will introduce an electrical potential difference that can be utilized to generate current, illustrates this.

For fluid flow, there is a similar conversion from stability to chaos that occurs when changing from laminar to turbulent flow. The latter is highly undesirable, as turbulence can present problems such as increased drag for aircraft.  Therefore, for system design, it is important to understand and analyze the turbulent flow regime, as this is the area in which these changes occur.

In order to explain what a turbulent flow regime is, it is first necessary to define a fluid flow regime.

For the last classification, laminar flow is characterized by parallel streamlines and well-defined layers, while turbulent flow regimes have the following attributes: 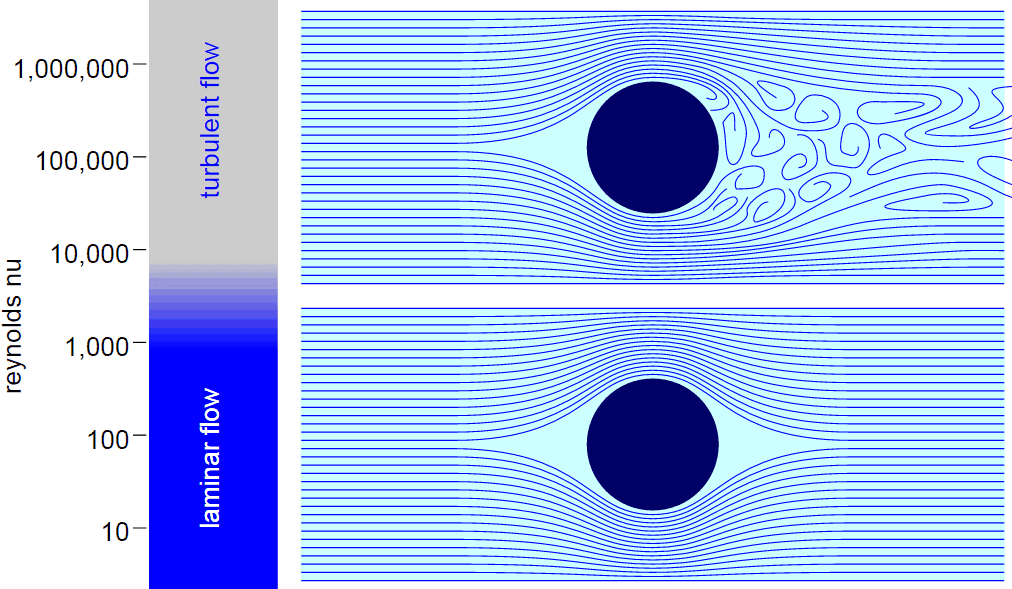 Turbulent flow regimes are marked by various fluid current changes or eddies, which vary in size as well as direction. Turbulence also differs from laminar flow in that the Reynolds number is significantly higher, as illustrated in the figure above. A better understanding of the turbulent flow regime can be reached by looking at a turbulent energy cascade.

In the figure below, a Kolmogorov turbulent energy cascade is shown.

These representations seek to illustrate the activity--specifically changes in energy--that occurs during a turbulent flow regime. As shown, there are three intervals or ranges.

The utilization of an energy cascade is important to the study of turbulent flow regimes, which is a critical analysis for designing systems that are resilient to fluid flow changes.

For system design, it is imperative to study how the system will respond to turbulence in order to make design decisions to optimize reliability. Although virtually all fluid dynamics analysis begins with the Navier-Stokes equations, which mathematically represent conservation of momentum and mass, there are several models used to study turbulence flow regimes.

As shown, there are a number of models that may be employed to analyze turbulent flow regimes. However, the solver utilized is equally as important as the chosen model. Omnis from Cadence is an advanced tool for solving fluid flow problems of any level of complexity.