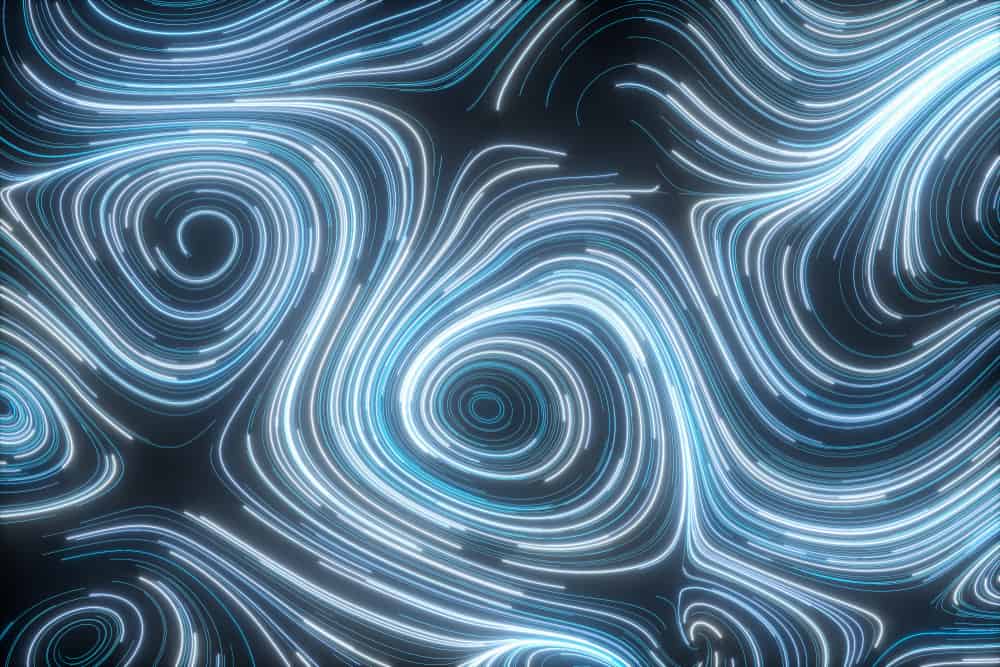 The two primary measures of fluid rotation are circulation and vorticity

Consider a bowl of fluid on a table; the fluid is rotated by stirring it with a rod. Now zoom out to the rest of the room: the bowl with rotating fluid, the table, the room–everything turns as it rotates on Earth. When dealing with fluid rotation, especially in the oceans and atmosphere, various terms such as planetary vorticity, relative vorticity, and potential vorticity are used. We will explore these terms in this article.

Rotation in a Fluid

Rotational movement is a common phenomenon in fluids and, in certain applications, the rotation of the fluid is measured. The two primary measures of fluid rotation are circulation and vorticity. The amount of force that is applied along a closed boundary or path is called circulation. The circulation can be mathematically represented as the integral of the velocity of the fluid around a closed loop.

Note that  v is the velocity that is locally tangential to the closed loop.

When fluid tends to spin, the vorticity of the fluid comes into consideration. It is the measure of the local spin of the fluid. The circulation and vorticity are two different quantities, and their differences are summarized in the table below:

Vorticity is of great importance in turbulent flow. However, vorticity is also present in laminar flow. Vorticity is the curl of velocity, and the mathematical representation of vorticity is:

Vorticity can be compared to angular momentum, as both represent the measure of spin. However, the value of vorticity at a given point is independent of the choice of the axis of rotation, which makes it different from angular momentum.

So far, we have discussed vorticity as the measure of the rotation of fluid. When a fluid rotates, two rotating actions take place: one corresponding to the fluid movement and the other linking to Earth’s rotation. The two processes introduce the idea of the two types of vorticity.

Potential vorticity is important when discussing the fluid motion in oceans and the atmosphere. Consider a flow that is barotropic and geostrophic in an ocean of depth H(x,y,z). Integrating the continuity equation from the bottom to the top of the ocean and simplifying, the equation reduces to:

Now that we have explored different vorticity terms, let’s find out how vorticity measurements are conducted.

In two-dimensional flow or if the fluid motion is confined to lie in a plane, the vorticity is measured orthogonal to the plane. In such cases, the direction of the vorticity remains the same, whereas the magnitude changes. To compute potential vorticity, knowledge of velocity is not required.

It is possible to measure the potential vorticity of ocean layers from the hydrographic data available. Cadence’s suite of CFD software can help you model vorticity in fluids. Cadence offers advanced solvers to solve vorticity-related problems in fluid dynamics.