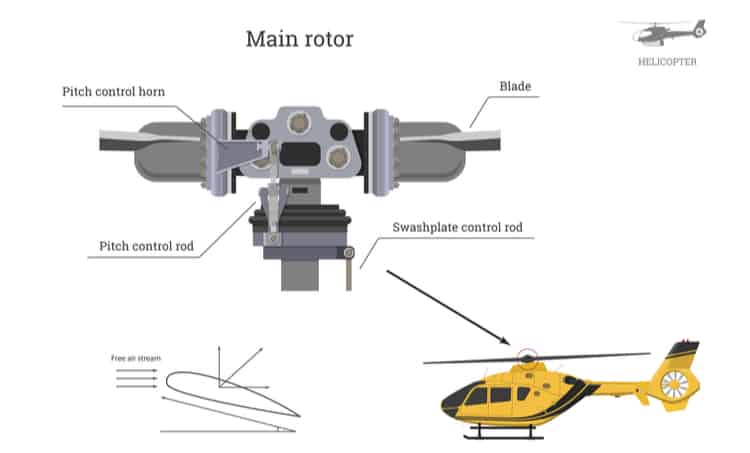 All helicopters have two rotors that generate the lift and thrust required to steer the aircraft as well as stabilize the helicopter against unwanted rotation. Attached to the engine are the main rotor blades, which rotate against the surrounding air to produce a flow along each rotor blade. Technically, a helicopter’s rotor blades are a set of airfoils, and they can produce lift in the same way as the wing on a fixed-wing aircraft.

A helicopter’s main rotor interacts with the surrounding airflow to manipulate the main aerodynamic forces in the following manner:

It should be clear as to the function of the main rotor: to provide lift and thrust, depending on the relative orientation of the rotor blades and the body. We can now dig a bit deeper into the function provided by each of these elements in helicopter aerodynamics.

Angle of Attack and Tilt on the Rotor Blades

The role of the rotor is two-fold: it converts lift into thrust and it needs to generate lift. The former is accomplished by tilting the rotor using the cyclic pitch control while the latter is determined by the angle of attack of the rotor blades and the length of each rotor blade. Larger blades, faster rotation, and an appropriate angle of attack can produce maximal lift on the helicopter during flight.

During flight, the oncoming free air stream will imbalance the lift provided by the rotor, which will create a rolling motion. This is balanced by designing the rotor to have flapping blades, meaning the blades can naturally tilt in response to an imbalance in lift. 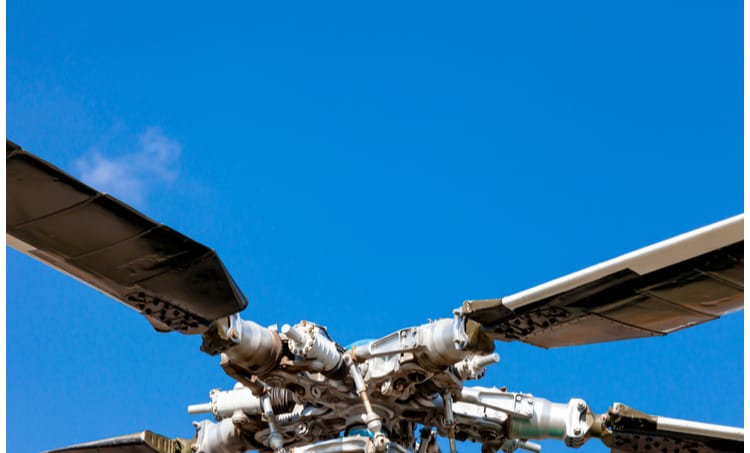 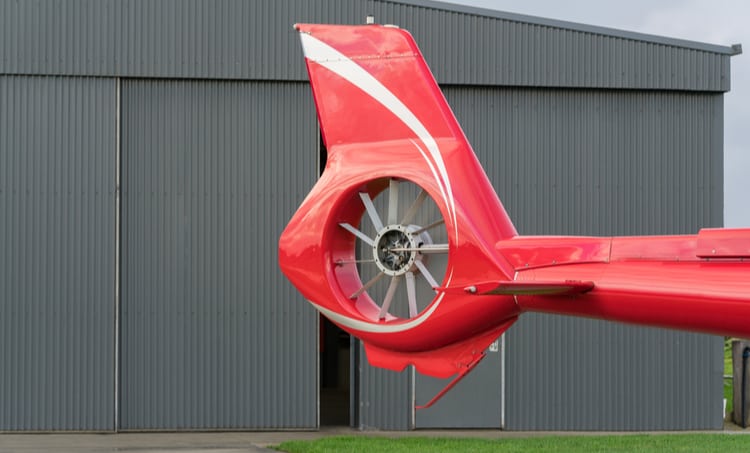 The tail rotor serves a secondary purpose: to allow the pilot to rotate the aircraft about its vertical axis of orientation. The tail rotor blades have an angle of attack that creates a region of low-speed, high-pressure airflow along the flat side of the rotor. This high-pressure region generates some torque about the helicopter’s rotor axis, causing the helicopter to rotate. By modulating the speed of this rotor, the pilot can rotate or steer the helicopter as needed.

The flight parameters listed above (tilt, angle of attack, and tail rotor speed) all need to be designed based on the expected airflow across the main rotor during rotation as well as the torque required to stabilize the aircraft during flight. CFD simulations across the rotor elements can be used to determine lift, while flow across the body during flight determines drag. Taking these two simulations together, a systems designer can determine which of these parameters might need to be adjusted to ensure minimal drag and maximal thrust within the limits of the engine capabilities and rotor speed.

Since rotor speed and orientation are critical to determining the other important parameters governing helicopter flight, their effects on fluid flow across the rotor are important to analyze. A RANS model can be used to predict the transition from laminar to turbulent flow during rotation. To prevent flow separation along the top side of the rotor for excessive attack angle, the transition to turbulent flow should be analyzed and balanced against the available rotor speed, tilt, span, and shape to ensure maximal lift is achieved during flight.