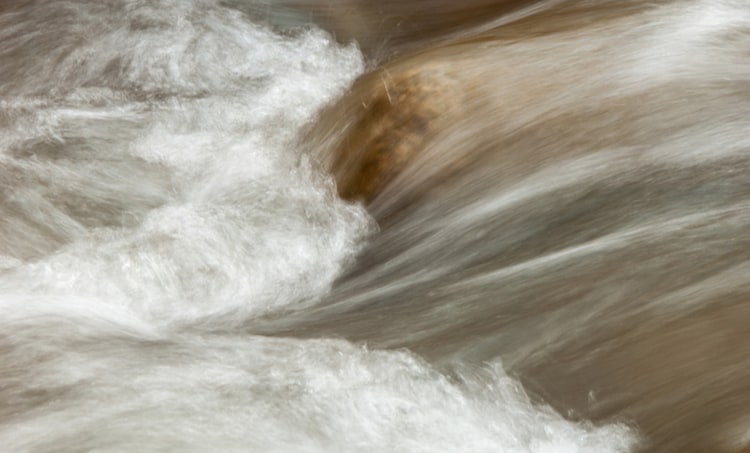 Turbulent fluid flow can be described with a Reynolds-averaged Navier-Stokes (RANS) model.

The Navier-Stokes equations are arguably among the most complex to use and solve in mathematical physics. This set of coupled time-dependent nonlinear equations requires many approximations in order to reach analytical solutions, and not all systems are solvable. For more general systems or complex geometries, numerical techniques are needed to solve these equations and derive useful insights into flow behavior. Some mathematical approximations can be used to reduce the complexity of these equations, which will help speed up simulations without losing too much accuracy.

The Reynolds-averaged Navier-Stokes (RANS) equations are a reduced form of the general Navier-Stokes equations. In the RANS equations, the steady-state solution is decoupled from the time-varying fluctuations in the system, the latter of which will account for turbulence in different flow regimes. Further manipulations of the RANS results and the application of empirical turbulence models yield many other CFD models, some of which have made their way into open-source and commercial CFD applications.

An Overview of the Reynolds-Averaged Navier-Stokes (RANS) Equations

The technique used to derive the RANS equations is called Reynolds decomposition. Reynolds averaging and Reynolds decomposition do not refer directly to a manipulation of the Reynolds number, but rather to an application of time averaging to the Navier-Stokes equations. Time averaging is often used to reduce complex systems of differential equations into simpler forms by partially or fully eliminating the time variable. In this case, the RANS equations use a solution that is split into a time-independent mean flow velocity and time-varying fluctuations about the mean, or

With this decomposition, one can apply some specialized operators and a time averaging operation to derive the following nonlinear equation describing flow (in tensor notation):

The mean of the strain rate tensor is given by:

This particular term can account for anisotropic turbulence, as shown in the section on eddy viscosity below. The time dependence of this term generally involves averages of a set of nonlinear derivative terms. The general form of this term is:

Time-dependence of the Reynolds stress tensor in RANS

While this model can potentially be very complicated, it also gives some freedom to apply the model to very specific situations where certain terms in the strain and/or stress tensors can be ignored. This requires an additional turbulence model to account for these nonlinear terms in the stress tensor. Most of these turbulence models used in the RANS equations are determined from empirical observations rather than being derived from first principles.

Once multiplied by the density in the Reynolds stress equation, these terms define the turbulent kinetic energy as well as the anisotropic turbulence. This treatment is applicable in many systems with free shear flow, such as modeling mixing layers, jets, turbulent boundary layers, channel flows, and many other problems.

There are other reduced models that are a subset of the Reynolds stress model shown above, which may have either one or two equations. These different models apply different definitions relating the dynamic eddy viscosity with the bulk fluid’s viscosity. These other models will also lump some terms in the Reynolds stress equation into compact definitions, as described below:

In the above definitions, we have a turbulence dissipation rate defined as

, and a specific dissipation rate defined as

. Systems designers who need to perform CFD simulations will need to choose the appropriate model that matches their system, something which takes significant initial analysis and observation.

Although the resulting equations have a new nonlinear stress term that requires additional modeling, splitting the equations can reduce the computational complexity involved in accounting for turbulent flows. As long as a turbulence model can be developed for the system under investigation, the behavior of a given system can be extended to other fluids or geometries. When faster computation is needed, a one-equation or two-equation model could be used to evaluate fluid flow in a system.

Working with the Reynolds-averaged Navier-Stokes equations, or with related models, is much easier when you have an advanced set of CFD simulation tools. The mesh generation applications in Pointwise can help you create accurate simulation grids with high mesh order in complex geometries, helping you reduce computational complexity without sacrificing accuracy. Once a mesh is created and ready for further analysis, the set of CFD simulation tools in Omnis will determine the flow solution in your system accurately and efficiently.