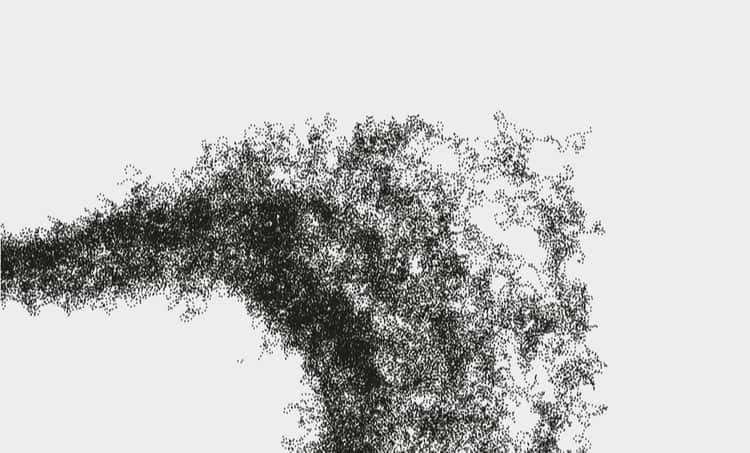 Turbulence is one of the most mathematically demanding areas of engineering and physics to analyze, as it draws on mathematical techniques and concepts from multiple disciplines. Although many Ph.D. theses and scholarly articles have been published on this topic, there is no simple analytical theory that can be used to predict turbulent fluid flow and its evolution in every system. Only idealized cases can be used to simplify the governing equations and produce some general insights into turbulent flow behavior, but real systems involve demanding numerical techniques that are implemented in CFD simulation packages.

The Challenge in Modeling Turbulence

Turbulence arises when a fluid’s viscosity becomes insufficient to provide enough damping to keep fluid flow steady along a prescribed direction. Turbulence is a nonlinear stability problem; due to lack of sufficient damping and excessive feedback, eddies begin to shear off from the main flow. This formation of eddies and the resulting chaotic behavior is highly dependent on initial conditions, as is generally the case in nonlinear stability problems that exhibit bifurcations.

The role of a turbulence model is to predict the resulting flow behavior in the presence of such nonlinear instabilities. This can be done statistically, by looking at the evolution of fluctuations about a long-term (time-averaged) mean, or by directly simulating this chaotic behavior for a range of initial conditions. The former can be used to examine the broader trend in turbulent flow while the latter provides much more detail on the flow behavior.

Turbulence models fall under the umbrella of a set of numerical techniques that can be used to solve the full Navier-Stokes equations in cases where turbulent flow is expected. The three broad classes of methods used to model turbulence are:

These are four of the standard numerical approaches to developing a turbulence model. RANS models are most common in many industrial applications, or in techniques like design exploration, where computational efficiency is favored over very high resolution. In other applications, such as aerospace, higher resolution may be needed over certain length scales, as the appearance of turbulence can limit the maneuverability of an aircraft. In this case, RANS might not be preferred, and instead, something like DES, LES, or a hybrid approach would be used.

While we can’t provide a list of every turbulence model in this article, it’s important to note that the numerical schemes mentioned above are like categories of turbulence models. Within the above set of numerical approaches, turbulence models have been developed that are applicable in certain situations. For example, one of the more common turbulence models used in aerospace is the Spalart–Allmaras model, which has over a dozen variations. These models are RANS-based one-equation models that solve a transport equation for the kinematic eddy turbulent viscosity in compressible or incompressible flows in wall-bound systems.

RANS models with linearized eddy viscosity are often the best starting point to begin understanding fluid behavior in a complex system. As the required accuracy increases, so does the complexity of the system being simulated. Modern CFD simulation tools will have many of these turbulence models included as subsets of the standard numerical schemes listed above.

Working with turbulence models derived from the Navier-Stokes equations is much easier when you have an advanced set of CFD simulation tools. The mesh generation applications in Pointwise can help you create accurate simulation grids with high mesh order in complex geometries, helping you reduce computational complexity without sacrificing accuracy. Once a mesh is created and ready for further analysis, the set of CFD simulation tools in Omnis 3D Solver will determine the flow solution in your system accurately and efficiently.