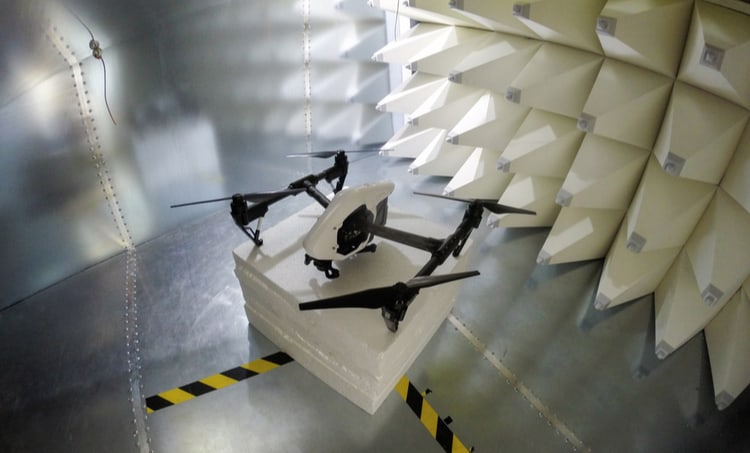 Most electronic circuits inherently produce electromagnetic interference (EMI). The EMI generated can be either conducted emissions or radiated emissions, both of which interfere with the internal components in equipment or devices (or those in close proximity) and affect their normal operations.

What Are Conducted Emissions?

Common-mode interference appears in live wires, neutral wires, or signal wires with respect to the earth connections. Signal and control lines are the main victims of common-mode conducted emissions.

The International Electrotechnical Commission (IEC) is a renowned regulatory body that sets generic EMC standards for equipment or systems in residential, industrial, and commercial environments. CISPR is another governing body that regulates the conducted emissions and radiated emissions produced by electronic products in order to make them electromagnetically compatible. The Federal Communication Commission (FCC) and European Standards (EN) are technical regulatory bodies that draft the conducted emissions limits in industrial, scientific, communication, automotive, medical, and consumer devices.

The upcoming section discusses the conducted emissions in devices and equipment under the CISPR 11 standard and EN55011 standard.

CISPR 11 is the most widely used EMC standard in Europe. It is drafted by CISPR: The International Special Committee on Radio Interference, which regulates the electromagnetic emissions from industrial, scientific, and medical equipment. CISPR standards categorize ISM equipment into two classes, which are further classified into two groups.

The two classes are further divided into:

The table below shows the conducted emissions limits in dBuV (quasi-peak and average value) for the frequency range of 150kHz to 30 MHz:

EN 55011 is an EMC standard drafted by the European Committee for Electrotechnical Standardization. Similar to CISPR 11, the EN 55011 standard sets the electromagnetic disturbance limits on ISM equipment. It also covers arc welding equipment and electro-discharge machines. EN 55011 is the emissions standard that considers both conducted and radiated emissions in ISM, excluding the equipment in the field of telecommunications.

Cadence software can help you design ISM equipment that satisfies the conducted and radiated emissions limits set by regulatory bodies such as CISPR 11 or EN 55011. Subscribe to our newsletter for the latest updates. If you’re looking to learn more about how Cadence has the solution for you, talk to our team of experts.