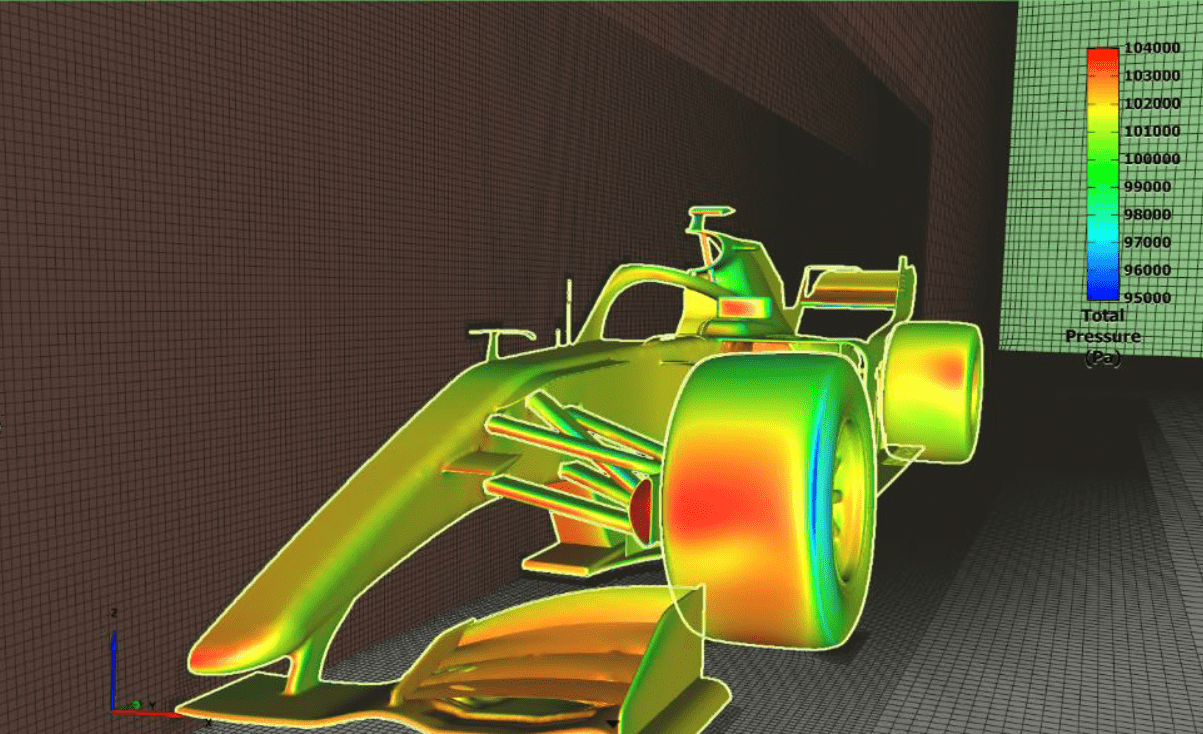 All flows begin as laminar flows until flow speed increases to the point of transitioning to turbulence. To properly quantify laminar flow, engineers that exploit fluid flow for practical purposes use the Reynolds number as a summative metric defining flow behavior. This important metric is used as an indicator that matches important physical behavior in aerodynamics, fluid mechanics, and even thermal management.

The Reynolds number formula is normally discussed for a closed system, like a pipe or cylinder, where the system can exhibit some well-defined flow along a smooth boundary. A simple closed system like a pipe is useful for understanding laminar flow and the transition to turbulence, but real systems are not always closed. Some metric is also needed to summarize flow behavior and predict turbulence in these systems. The Reynolds number formula used in fluid dynamics applies in situations with a closed flow or in open flows with a well-defined free stream and boundaries.

The equation below shows the Reynolds number formula. This formula is a general definition and applies universally; the formula applies regardless of length scale, density, viscosity, or velocity. It effectively defines a summative metric that relates to any fluid parameters; changing two parameters allows a systems designer to see how a system can change while maintaining a constant Reynolds number or how the Reynolds number will change for given changes in flow/system parameters.

Reynolds number definition in terms of forces acting on a fluid

In the Reynolds number formula, the symbols have the following definitions:

In the case where the flow is incompressible, it’s more convenient to write the above in terms of the kinematic viscosity, which is the ratio of (𝜇/⍴).

As shown above, the Reynolds number has a more simple interpretation; it is the ratio of inertial stress to viscous stress acting on the fluid at any point during the flow. If you look at the fundamental equations of fluid dynamics, you’ll find that different terms correspond to different forces acting on the fluid during flow. The inertial stress is proportional to flow rate, while viscous stresses are proportional to kinematic viscosity. When the inertial stresses become much larger than the viscous forces, the viscosity may not be able to prevent the vortical motion of eddies during flow.

The result is a transition into noticeable turbulence, and this will correspond roughly to some small range of Reynolds numbers where turbulence begins to develop and becomes underdamped. Designers that require their system to operate in a specific flow regime need to know when the transition to turbulent flow begins so that flow limits can be determined. This is where fluid dynamics theory defines a critical Reynolds number to illustrate the limit where transitional flow begins.

Is There a Critical Reynolds Number?

The table below includes critical Reynolds number values for several geometries. These values are only approximate; simulations are needed to get much higher accuracy for the specific system being investigated.

Solving the primary fluid dynamics equations by hand in complex systems is intractable, even with reduced models. CFD simulations must be used to convert the main fluid dynamics equations into numerical schemes that can be solved iteratively. Direct measurements are also useful in some cases, such as in wind tunnels. One can determine the transition to limits of laminar flow and the transition to turbulent flow through several methods:

Whenever you need to determine the fluid flow values you would use in the Reynolds number formula, use the complete set of CFD simulation features in Omnis from Cadence. With Omnis, you can examine all aspects of flow behavior using modern numerical approaches. Simulation models and algorithms used in aerodynamics simulations, turbulent and laminar flow simulations, reduced fluid flow models, and much more can be implemented in Cadence’s simulation tools.