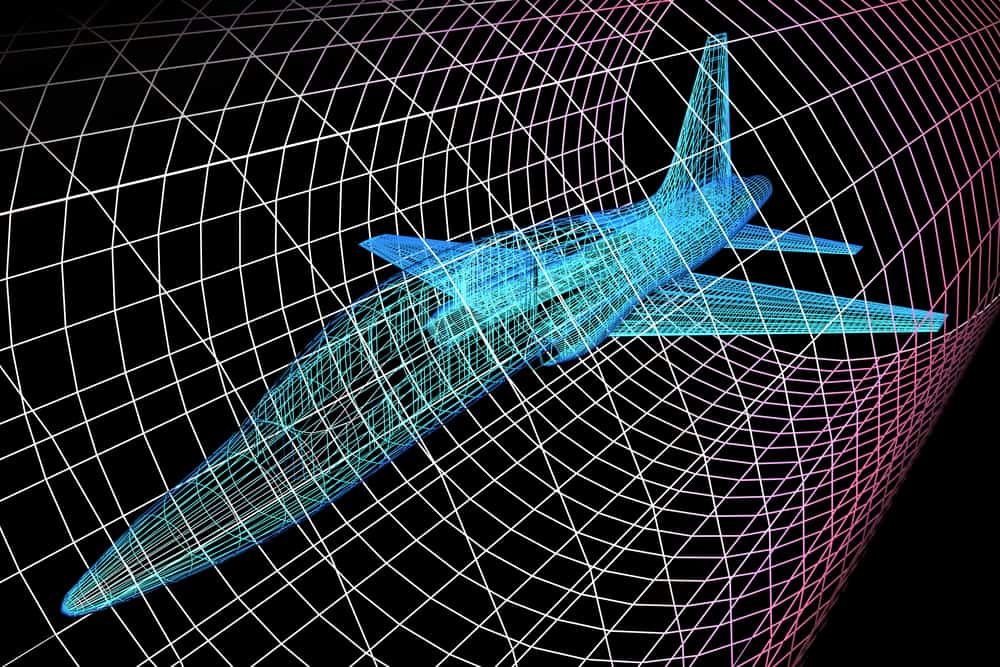 Since the invention of aircraft, there has been a massive improvement in aircraft technologies. Engineers and designers are constantly working on designing aircraft that are faster and more efficient. Airliners like Concorde are supersonic, i.e., they are able to fly faster than the speed of sound. However, the mechanism of generating lift on such aircraft requires some strict design changes compared to regular aircraft.

At different speeds, the air conditions for flight vary. At supersonic speed, airfoils need to be designed in such a way that enough lift is generated and in an efficient manner without compromising the performance of other aircraft components. An understanding of the aerodynamic characteristics of a supersonic airfoil and the acting forces is, therefore, an important part of supersonic aircraft design. In this article, we will discuss these design requirements in detail.

Supersonic flights travel faster than the speed of sound, i.e., Mach 1. To deal with the aerodynamic characteristics at such speed, supersonic airfoils are required on the aircraft. However, when the object moves at such a high speed, shock waves are formed, which can alter the aerodynamics of the aircraft. The shock wave is a result of fluid, in this case, air, being unable to react to the sudden disturbance from the aircraft. For air flowing through this shock wave, there is a sudden change in density, pressure, and temperature. This shock wave is heard on the ground as a loud explosion, i.e., a sonic boom. 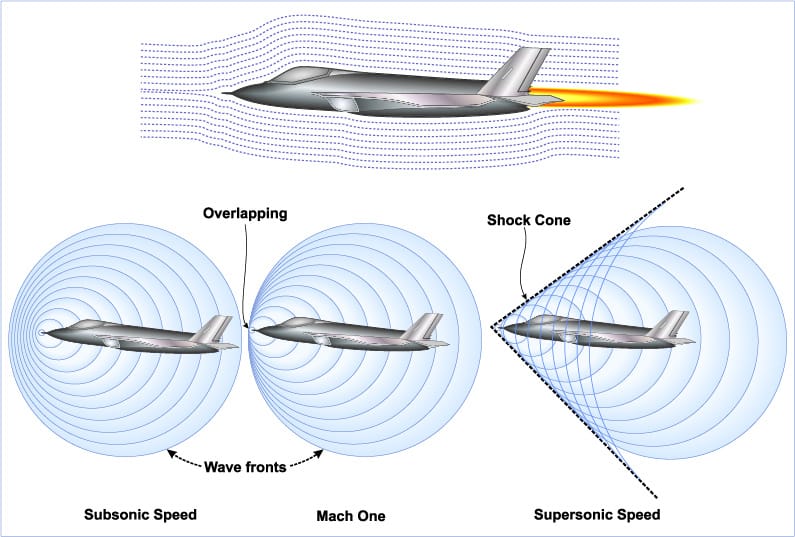 At supersonic speed, the wings of the aircraft also experience this shock wave formed at the front of its leading edge. Behind the shock wave passage, the turbulent wake is formed, which alters the pressure distribution in the airfoil to increase drag. The air flowing along the boundary of the wing also releases energy and detaches from the surface, further increasing this aerodynamic drag. Similarly, there is also additional stress and increased temperature on the airfoil. The supersonic airfoil should be designed to counter these issues.

Different types of drag appear on the supersonic airfoil, namely skin friction drag, wave drag, and drag resulting from waves due to the lift. Expansion waves are also created along the airfoil–at the top surface near the front or leading edge and at the bottom surface along the trailing edge. To counter these drag-inducing effects, the airfoil cross-section is generally made to be thin, with sharp leading and trailing edges. These types of airfoils are also called swept airfoils. The thin leading edge creates an oblique shock wave, which creates less drag than the bow shock wave. The total drag coefficient in the airfoil can be calculated as:

These swept wings (swept forward or backward) reduce the sudden acceleration and delay the formation of supersonic flow. The airflow along the swept wing is mostly perpendicular to the chord line. Only the small amount of air that flows parallel to the chord accelerates. This means that with a reduction in parallel airflow, the wave drag can be reduced. Therefore, by designing thin airfoils with greater sweep angles, it is possible to fly at a higher Mach number before a wave drag is created.

Analyzing the Aerodynamics of Supersonic Airfoils

The important specifics in supersonic airfoil design are flight speed, flow behavior, wave formation, lift, and drag-induced at high speed. Analysis of these factors is easier with CFD simulation, which allows visualization of flow behavior and its effect on the airfoil at supersonic speed. This analysis is beneficial in validating the effectiveness of the sweep angle in supersonic airfoil and reducing acceleration and drag.

By generating the mesh of the airfoil in the CFD platform, it is possible to derive results like velocity, temperature change, Mach number, pressure difference, and turbulence associated with supersonic airfoils. By visualizing the effect of different wave conditions on the aerodynamic performance of supersonic aircraft, design efficiency can be maintained.