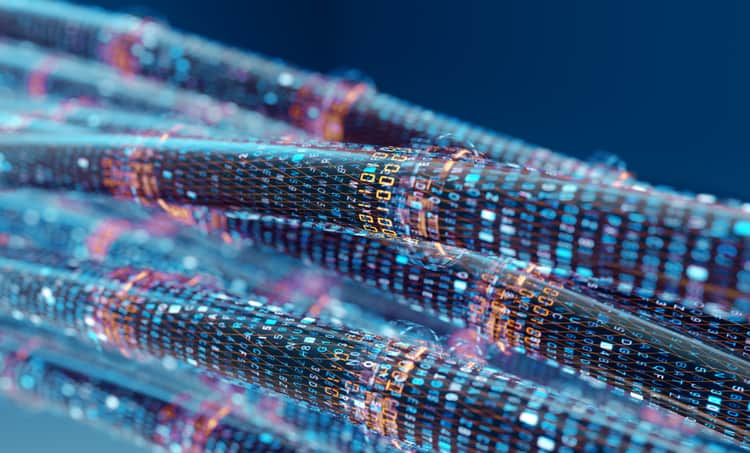 Crosstalk in data communications has a serious impact on reliability

Let’s explore crosstalk further. We will discuss how it is generated, the types of crosstalk, and, finally, some mitigation strategies to reduce the effects of crosstalk.

How Is Crosstalk Generated?

Twisted-pair cables interlaced inside a cable are used for wired data transmission and are generally called cable bundles. When digital data is sent over a cable bundle, the electrical data signals radiate electromagnetic energy. The energy interferes with the signals in the neighboring pairs in the same cable bundle. If signal transmission or reception over a cable bundle is in the same frequency, the original signal gets mixed up with crosstalk-induced signals. As the distance between the cable pairs decreases, it increases the crosstalk value on the original data signal. For the smallest distance between the cables, crosstalk reaches the maximum value.

The probability of crosstalk signal distortion and interference increases as the data traffic increases. An increase in the frequency of the signals significantly makes data transmission vulnerable to a higher amount of self radiation, and thereby more crosstalk. Crosstalk changes the shape of data signals and decreases the SNR of the original signal. Crosstalk reduces the data transmission rate and thus slows down the network. It can lead to sudden shutdowns of the network in an instant, which may require a restart.

There are two main types of crosstalk: near-end crosstalk (NEXT) and far-end crosstalk (FEXT). The influence of NEXT is very crucial, as the neighboring pair disturbances induce heavy distortions in the original data signal. The use of different frequency ranges for transmission and reception can cause a loss of the NEXT crosstalk effect on data communication.

In the context of signal distortions in the cable, FEXT is less significant, as it attenuates the interfered signal at the far end of the cable loop while traveling. Increasing the frequency increases the attenuation inside the cable pairs and reduces the influence of FEXT crosstalk on data signals.

The most common way of mitigating crosstalk in cable data transmission is to increase the physical distance between cable pairs. One way of increasing the physical distance between cable pairs is to increase the sheath thickness by using specific shapes. However, this crosstalk mitigation method is less efficient, as it reduces cable flexibility and cable duct utilization.