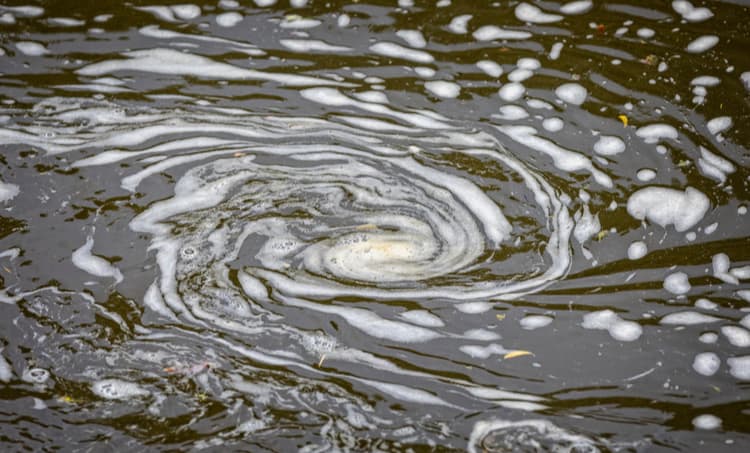 As a mathematically demanding area of fluid dynamics and mechanical engineering, turbulence problems often cannot be simulated without significant computational power. CFD simulations usually begin by reducing the mathematical complexity of the problem at hand in order to decrease simulation time for a given level of accuracy or to increase accuracy without increasing the simulation time. One of these important techniques in CFD simulations is the large eddy scale (LES) turbulence model.

How does the LES turbulence model work? In a CFD simulation, there are some phenomena that only occur on small length scales and may not dominate the behavior of the system as a whole. The LES turbulence model is used to ignore the smaller scale phenomena in a CFD simulation while focusing on larger length scales. With sufficiently fine meshing and time resolution, it’s possible to produce very accurate results in a simulation that only focuses on spatially larger eddies that dominate turbulent flow and the mechanical system as a whole.

Overview of the LES Turbulence Model

The form of this filter kernel is a box filter, meaning the value of the kernel converges to 0 below some length scale limit L and time scale limit T. This follows the same mathematical definition for a filter circuit, where a convolution operation is used to define the relationship between an unfiltered function, an impulse response function, and the final filtered response.

By applying this convolution operation, the effect is to average out any phenomena that happens on small length scales and small time scales, thereby eliminating the influence of fast flow fluctuations (small time scales) and small length scale flow behavior. The above average is generalized to both space and time, but the filtering procedure could be applied only in space, or only in time, depending on the needs of the simulation.

As a result, the flow field u is redefined in terms of its filtered average and the unfiltered portion of the flow occurring on small length scales and small time scales, called the subgrid scale portion. Mathematically, the total flow is defined as a superposition of the two contributions:

Applying the kernel filtering operation to the subgrid portion yields a result that is identically zero in the entire solution domain. Furthermore, the two sets of data should not overlap, i.e., the two sets are mutually exclusive. Conceptually, this gives two regions where the system can be described—within the highly sensitive spatially/temporally averaged region and in the subgrid region where flow can be described with a separate model that may be computationally less intensive in a CFD simulation package.

The application of this procedure to the Navier-Stokes equations produces two different results depending on whether we are considering compressible or incompressible flow.

In this case, the filtering procedure is applied to the Navier-Stokes equation of motion directly, as the continuity equation is simply a divergenceless condition. The resulting filtered equation of motion for each component is (in Einstein notation):

The S terms are elements in the strain tensor for the fluid while the other terms have their usual meanings. An important requirement in deriving the above result is that the gradient operator and the filtering operation commute, which may not always be true. This should be checked when selecting and defining a filtering kernel.

The filtered equation of motion shown above includes differences in sigma terms, which define the response in the fluid viscosity to compression. This equation is sometimes called the Favre-averaged equation of motion for the fluid. If we ignore enthalpy and dissipation for the moment, we would take the viscosity in the above equations at some average temperature, which may not be true in general.

These two models for describing turbulence are sometimes compared, as they both involve a reduction to a large-scale average plus some small-scale fluctuations. The LES turbulence model and the Reynolds-averaged Navier-Stokes (RANS) model both use some form of averaging to reduce the fundamental CFD equations into a computationally simpler form. The application of the procedure is different in each, giving two fundamentally different interpretations of turbulence:

Both models are standard in CFD simulation packages and can be implemented to solve a range of fluid flow problems in complex systems. As the required accuracy increases in an LES or RANS model, the time scale cutoff or spatial averaging period should also decrease such that faster phenomena can be resolved. Modern CFD simulation tools will allow you to configure these settings when building your simulations.

Working with the LES turbulence model is much easier when you have an advanced set of CFD simulation tools. The mesh generation applications in Pointwise can help you create accurate simulation grids with high mesh order in complex geometries, helping you reduce computational complexity without sacrificing accuracy. Once a mesh is created and ready for further analysis, the set of CFD simulation tools in Omnis 3D Solver will determine the flow solution in your system accurately and efficiently.