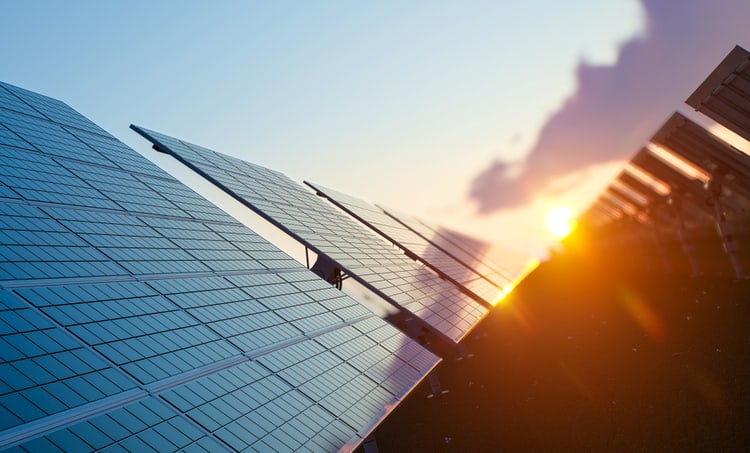 Population growth, urbanization, and industrialization have drastically increased our demands for power. To address this, various electric power generation options have been developed. The trend in power generation to incorporate zero-emissions sources or green energy sources, popularly known as renewable resources, is one of the best options to address power scarcity. The global demand for green energy has led to tremendous market growth of solar photovoltaic power systems. Over the past decade, photovoltaic power system components have seen a depreciation of more than 70% of their initial cost. Governing bodies and other authorities have supported photovoltaic power systems by giving incentives and subsidies.

What Is a PV Cell?

A PV cell is composed of one or two layers of semiconductor materials like silicon. There are different types of solar cell classifications—such as crystalline solar cells and thin-film solar cells—based on their manufacturing processes.

Perovskite solar cells are currently in high demand in the photovoltaic market.

Irrespective of the solar cell type, multiple PV cells are arranged to form a PV module. Multiple PV modules are arranged together to build a PV array. PV arrays are the most significant part of solar photovoltaic power generation. When light falls on PV arrays, it is converted into a direct current. Each PV cell produces a certain DC voltage and the overall effective voltage and current from the PV array depends on the series-parallel arrangement of the PV cells. The direct current produced by the PV array needs to be converted into alternating current for use in domestic, commercial, and industrial systems. Inverters are utilized for DC to AC conversion.

Solar power generation is not solely based on sun and PV arrays. Circuit design with photovoltaic modules requires several supporting systems like an inverter. In the upcoming section, we will discuss various components in photovoltaic circuit designs.

The circuit design of photovoltaic power generation is impossible without PV modules. PV modules are available in different sizes and varieties. The ones that best suit the space and load of the project should be selected. PV modules are connected in series and parallel to form the PV array. The number of PV modules in series and parallel are chosen such that they satisfy the voltage and current requirements of the project. Additionally, combiner boxes are installed to combine the electric power generated in multiple PV modules into one output circuit.

Since most of the systems used in residential, commercial, and industrial sectors are wired for AC power, there is a need to convert the DC power generated in PV arrays to AC power. Whether a stand-alone system or a grid-connected system, the inverter converts the DC to AC power. In a grid-connected system, the inverter enables seamless connection to the power grid. The PV inverter can be a string inverter or microinverter, and both types synchronize the photovoltaic power to the utility grid power frequency. Grid-connected PV inverters are capable of preventing islanding during no utility power conditions.

In certain circuit designs with photovoltaic modules, battery banks are incorporated for storing and utilizing photovoltaic power when sun or grid power is not available. Cadence software can help you in designing standalone as well as grid-connected solar power generation systems.