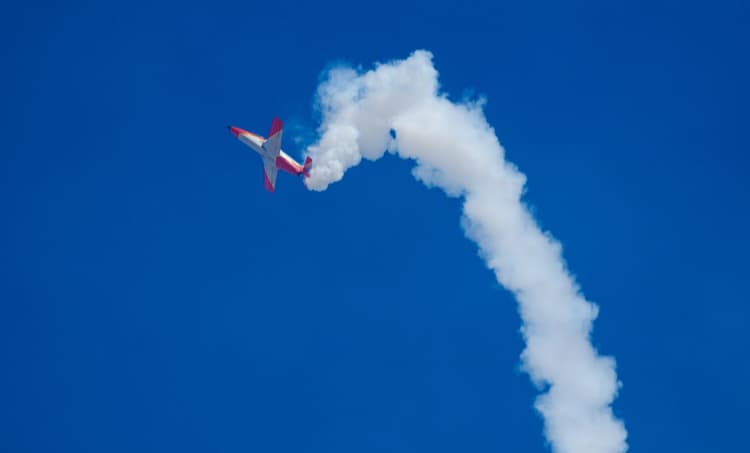 Anyone that has seen an airshow has probably seen the plane stall stunt, where a pilot will point their plane upwards at a high angle and the plane eventually stops rising and begins to fall. The pilot can recover from this stall with a simple maneuver and resume normal flight. Stalls make great tricks for an airshow, but they are undesired in commercial or military aircraft, particularly when attempting to climb to high altitude.

In a practical sense, stall represents the limits of an aircraft’s ability to climb to a higher altitude during flight. It is also one of the important points to consider in wing design, as the conditions leading to aerodynamic stall can be identified in fluid flow simulations. If stall is identified at a shallow attack angle, it may warrant a redesign to try and increase the allowed range of attack angles such that stall could be prevented.

Whenever a stall occurs, the lift acting on an aircraft begins to decrease at a high angle of attack during flight. Because lift is defined in terms of a pressure gradient, the pressure on the top and bottom surfaces of the craft’s wing will begin to equalize at high attack angle, causing a stall. The typical mechanism that causes this to occur is related to lift and its variation with angle of attack. The specific angle of attack depends on multiple factors related to lift and the fluid flow regime.

The Angle of Attack and Stall

An aircraft’s angle of attack is defined by looking at a cross-section of the airfoil and its orientation in the oncoming wind current. For a symmetrical airfoil, the angle of attack must always be greater than zero to provide the minimum amount of lift needed to counteract the force of gravity and keep the altitude constant. Once the craft’s angle of attack begins increasing from a small value, the lift on the aircraft will also increase and cause the craft to begin gaining altitude.

Angle of attack for an airfoil

The effects of angle of attack on lift are defined using a lift coefficient. The equation describing the pressure gradient that causes lift is defined in terms of the fluid flow behavior and a lift coefficient:

The above equation is known as the Streamline curvature theorem, and it can be derived from the Euler equations. The lift coefficient is determined by multiple factors, including the angle of attack. Based on CFD simulation results or measurements, a lift-coefficient vs. attack angle curve can be generated, such as the example shown below. 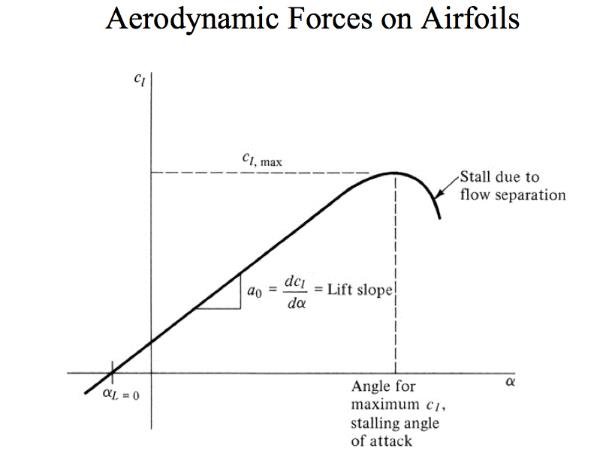 The information in this curve can be used to determine three important points, which will define how the aircraft can be operated during flight at a particular speed.

Severe stalls at a high angle of attack could result in total flow separation and free fall. In the event this occurs, the only force that is counteracting gravity is drag exerted on the body of the aircraft. The typical maneuver used to recover from stall is to allow the aircraft to begin accelerating downwards and accumulate speed. Once there is enough speed, the pilot can pull up on the stick so that airflow again passes beneath the bottom wing surface. After accumulating enough speed and allowing the angle of attack to adjust, the plane will regain lift and can continue flying as normal.

Flow Behavior During a Stall

When flow separation occurs, the boundary layer separates and creates a shear layer with high pressure. The velocity profile in this layer reverses during flow separation, showing vortical flow above the back of the wing. This shear layer can be identified in a CFD simulation by looking at the flow field; the flow field will appear vortical, as shown in the example below. 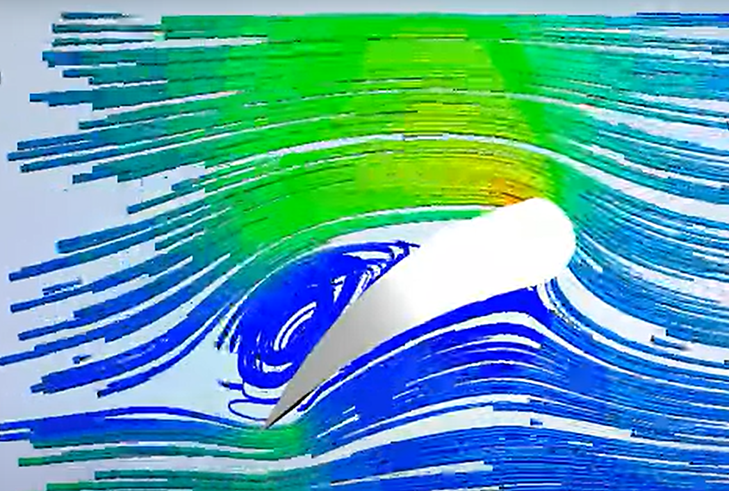 Example of flow separation development along the backside of an airfoil

Determine the Causes of Stall With a CFD Simulator

While excessive angle of attack is the primary cause of stall, other orientation-related factors such as attitude and pitch can result in stall during flight. The shape and structure of the aircraft will also influence the onset of stall as well as the other aerodynamic forces acting on the craft. Taken together, these factors will affect the critical angle of attack in different ways and will limit how an aircraft can maneuver during flight. CFD simulation applications can be used to investigate these aspects of lift and stall when designing the body and wing structure of an aircraft.

Advanced CFD simulation suites can be used to investigate flow separation along an airfoil at multiple angles of attack and ultimately determine when aerodynamic stall occurs. The complete set of robust design optimization tools in Omnis 3D Solver from Cadence are ideal for defining and running CFD simulations with modern numerical approaches, including aerodynamic stall in complex aircraft.