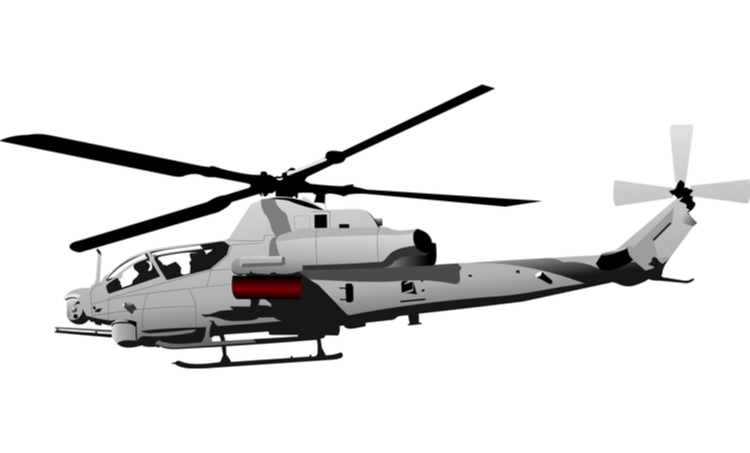 Here is an example of multiple airfoil shapes on one aircraft

It is probably not surprising that some of the earliest airfoils were inspired by the shape of bird wings. For example, Otto Lilienthal suggested that highly curved airfoils would produce a significantly higher lift to drag ratio than a flat surface in his book “Birdflight as the Basis of Aviation.” Lilienthal, who is the first man to fly safely, was a prolific glider builder and his work was an inspiration to many.

Since Lilienthal’s time, many different airfoil designs have emerged. All of these, whether symmetrical or cambered, were based upon the knowledge that airfoil shape tremendously affects the performance and characteristics of aerodynamic vehicles. Throughout this history, the primary consideration has and continues to be how, and to what extent, does airfoil shape affect the aerodynamic forces of lift and drag for different aircraft applications?

The History of Airfoil Shapes

Early concepts surrounding airfoil shape subscribed to the idea that thin, curvy, or cambered airfoils were superior, as shown in the figure below.

Airfoil shapes through the years. Image from The Story of Airplane Wings.

This is understandable, as the initial problem was simply to get the aircraft off the ground. However, the problem of mastering sustained flight over long distances, which requires balancing the airplane aerodynamic forces of thrust, drag, lift, and gravity, was quickly added to the analysis.  This resulted in dramatically different airfoil shapes--many by the National Advisory Committee for Aeronautics (NACA).

A good number of early airfoil designs were based on lower laminar Reynolds numbers. Interestingly, many of these designs had odd shapes--for example, one design resembled a dragonfly wing. Things changed dramatically around the middle of the last century with the introduction of aircraft that could break the sound barrier. Today, supersonic aircraft with multiple airfoils, which is common for helicopters and UAVs, traverse the airways. And hypersonic air travel is apparently not far off. Designing airfoil shapes for these aircraft requires a good understanding of how airfoil shape impacts lift.

Understanding the Effects of Airfoil Shape on Lift

Lift is probably the most important of the forces that act on aircraft in flight. This force is critical to achieving and maintaining altitude. As indicated by the blue arrows in the image below, lift increases when air streamlines are compressed and lower pressure forms above the airfoil. 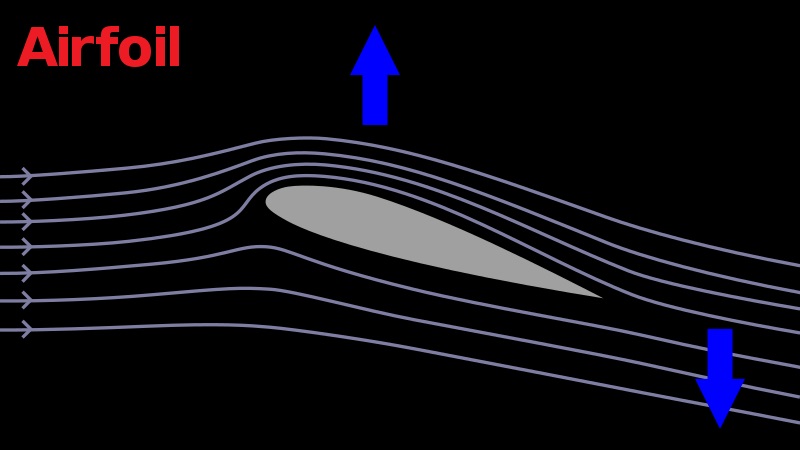 The effect of airfoil shape on lift

Conversely, as the air above decompresses and joins with the air flowing from beneath the airfoil, lift decreases. In addition to the climbing required for takeoff, airfoil shapes for most aircraft must be designed to maintain elevation for long distances. This requires adjusting to different headwinds and air pressures, which is why many airfoils are flexible or able to change their angle of attack in the air. This is also why airfoil shapes vary for different applications.

Not surprisingly, airfoil shapes can vary greatly depending upon the type of aircraft, flight environment, air speed, and other factors, as shown in the table below.

*The airfoil shapes listed are common types and do not represent all shapes used for a particular application.

With over a century of airfoil shape designs created, there is a wealth of research and actual flight performance information available that can be leveraged when designing airfoil shapes. However, it is still advisable to perform your own aerodynamics analysis to optimize your design, which is best done with mesh generation and CFD solver tools.

Cadence enables you to analyze and design aerodynamic systems requiring advanced scientific and mathematical modeling, calculations, and graphics, such as critical airfoil design. Subscribe to our newsletter for the latest CFD updates or browse Cadence’s suite of CFD software, including Omnis and Pointwise, to learn more about how Cadence has the solution for you.