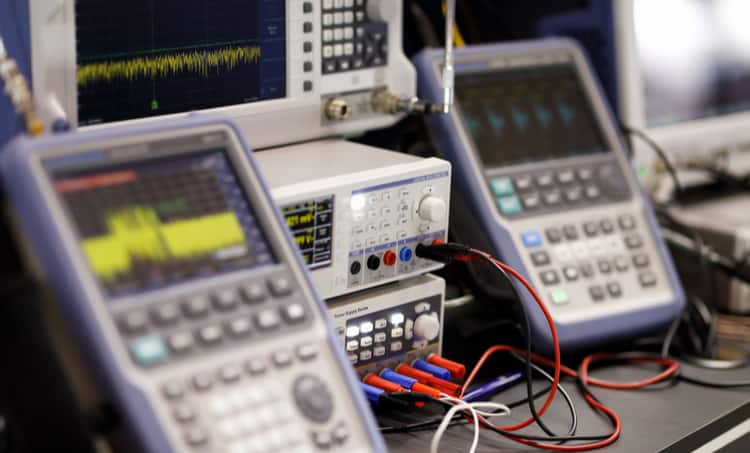 RF EMI can appear in any electronic system, even if the system does not operate at frequencies you might associate with radios or wireless communications. RF EMI can be generated with broad bandwidth, meaning power is spread over a very high frequency range and can reach into bands typically associated with common wireless protocols. However, because electronic systems can be quite unique, it can be difficult to see which measures are best for suppressing RF EMI in different systems.

Sometimes, experience is required to spot which design choices are best for suppressing high-frequency noise and ensuring EMC tests can be passed. In many systems, like high-speed digital PCBs, a field solver can be used to pinpoint EMI from specific regions of the board or specific interconnects. To see which design choices are best for suppressing RF EMI, we need to look at the possible sources for this noise within a PCB and from external sources.

The Origins of RF EMI

RF EMI can be emitted from any interconnect that carries an RF signal. By “RF”, we generally mean any signal that would be considered to fall in one of the allocated radio bands as defined by governments around the world. Any conductor carrying an RF signal at high frequencies will generate harmonic electric and magnetic fields, which can cause a replica of the signal to be received in a nearby interconnect.

RF EMI can also be generated from switching elements and may be present at harmonics of some fundamental frequency. This will happen when a harmonic signal interacts with a nonlinear circuit element, such as a diode or a transistor running near saturation. Another very common instance is in switching converters, and high power converters can generate significant radiated and conducted EMI seen at the outputs from the converter. 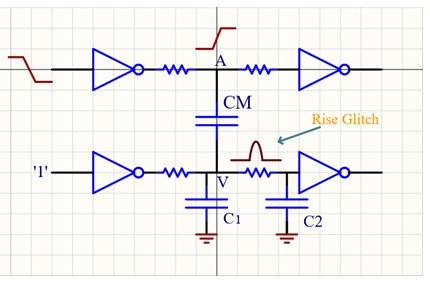 RF EMI is coupled primarily capacitively at higher order harmonics. In clock signals, this creates significant EMI and noticeable glitches in nearby buffer circuits due to the mutual capacitance between two interconnects

We don’t generally talk about EMI from digital signals being related to RF noise, but digital signals do generate this noise when switching states. We just call this noise crosstalk, not RF EMI. This noise appears as a capacitively or inductively induced pulse on a nearby interconnect rather than appearing as random noise. The bandwidth of this induced signal spans into radio frequencies (it is technically infinite).

Noisy environments can have a multitude of sources (either harmonic or wideband) that can induce noise in a circuit. Typically, devices are required to pass EMC tests so they do not act like unintentional emitters or appreciably receive stray radiated EMI from an external source. However, it is possible that some external source can generate strong EMI (typically radiated) that gets received by your device. 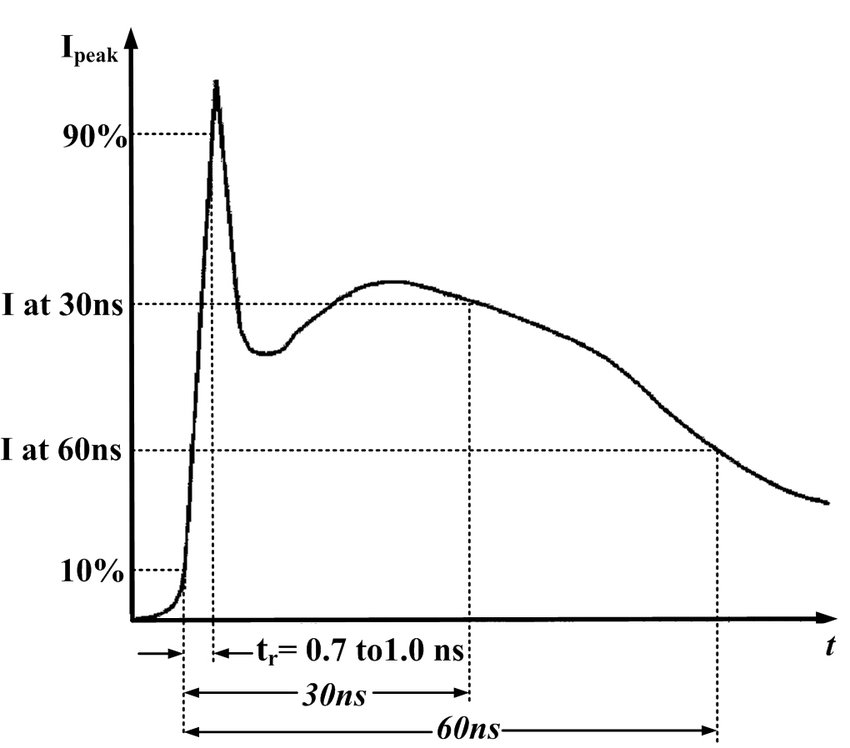 Typical ESD waveform induced on an interconnect. This narrow pulse will have broad bandwidth that extends into RF frequencies and excite a transient oscillation in the system

Interestingly, both mechanisms are not due to radiation at all, but the received noise is broadband and will affect any circuit with a non-zero transfer function at radio frequencies. Both effects are addressed through best design practices for suppressing conducted EMI. These problems can typically be solved with filtering, proper grounding of exposed conductors, or additional shielding.

Since there are three ways noise can be coupled between different regions of a system, and particularly in a PCB, how can you identify and suppress this noise coupling? Noise coupling mechanisms in PCBs and within an enclosure can be inductive or capacitive, and RF EMI can be transferred around the noise via either mechanism. In particular, capacitive coupling arises due to a potential difference between two points in the system, while inductive coupling occurs when a changing magnetic field is incident on a conductive loop. Suppressing both mechanisms simultaneously can be difficult, but there are some simple measures that can be implemented on a board and in an enclosure to suppress RF EMI:

Low-level digital systems need to follow different guidelines than physically large, high-level systems like power converters. Because each system can require its own mix of RF EMI suppression techniques, it’s important to try and evaluate the specific frequencies and emission powers that should be targeted with EMI suppression mechanisms.

Solving RF EMI problems typically starts from a failed EMC test, failed channel design, excessive noise noticed on an interconnect, or in a simulation. In all of these possible outcomes, a failed simulation is preferable, as simulations can be performed before producing a prototype. Because reception and generation of RF EMI depends so heavily on the physical layout of a PCB, the best option for diagnosing RF EMI problems is to use a field solver that operates directly with your PCB layout data.

Today’s commercially available field solvers that integrate with your PCB design tools can also be used to solve complex multiphysics problems. Some simulation dimensions include electrical-thermal co-simulation, CFD simulations for cooling design and evaluation, and even mechanical simulations of a finished circuit board layout. If you want to work efficiently, use a field solver that generates a simulation model directly from your PCB layout data instead of a 3rd party simulation application.

Cadence’s PCB design and analysis software is ideal for creating your physical layout and quickly importing your design into a powerful field solver. These tools are specialized for solving computational electromagnetics problems using data taken directly from your physical layout. When you use Cadence’s software suite, you’ll also have access to a range of simulation features you can use in signal integrity analysis, giving you everything you need to evaluate your system’s functionality.