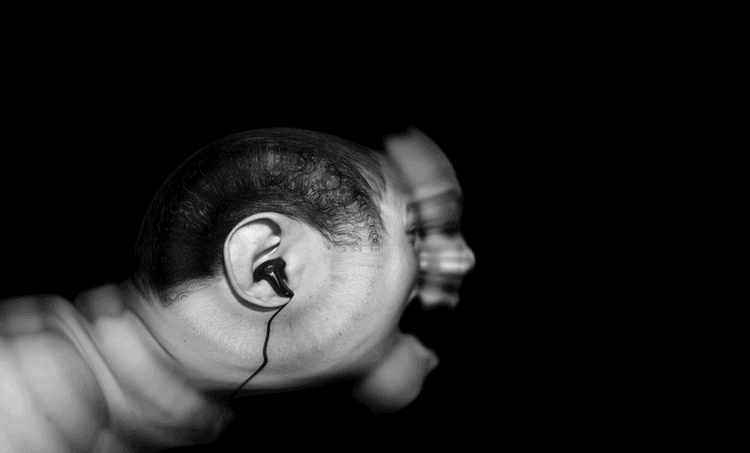 Power electronics make modern life possible and enable all other areas of innovation. Although stable power delivery seems like a simple problem, the design of a high-efficiency power transmission and conversion system is prone to several problems that reduce efficiency by reducing delivered power. Nonlinear components are needed in power electronics to control the flow of power and ensure regulation, but the level of distortion they create needs to be quantified and understood during design.

Power systems use a metric called total harmonic distortion (THD) to define the level of harmonic generation in a nonlinear electronic system. This metric can be used to modify the conventional power factor and give a measure of how distortion reduces power delivery. If you’re designing power systems, here’s how you can quantify power delivery in the time domain and the frequency domain using total harmonic distortion power quality.

The results of harmonic distortion can be seen in two ways, both through measurement and simulation.

Nonlinear components cause a waveform to appear distorted when measured in the time domain. The waveform appears distorted due to clipping, nonlinear gain, hysteresis, or any other nonlinear effect in the component or circuit of interest. An example for a 60 Hz AC sinusoid being passed through a component with an exponential transfer curve (such as a transistor operating near saturation) is shown below. 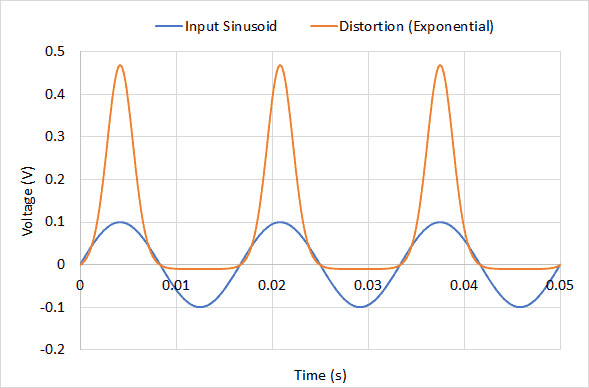 The above example is shown for a sinusoid being input into a rectifying element; an example would be a diode or a transistor amplifier running near saturation. Other components that exhibit nonlinear saturation can produce the same type of distortion. In addition, there can be a phase shift between the input and distorted waveforms when there is some reactance in the circuit. All of this can be seen directly in the time domain, but it can be difficult to infer specific harmonics generated by a nonlinear component. This is where we look in the frequency domain to examine power quality.

In the frequency domain, we simply need to apply a Fourier transform to the time domain data to see which harmonics are generated by a nonlinear component. The specific set of harmonics generated from a single AC frequency by a nonlinear component or circuit depends on the component’s nonlinear transfer curve (not the same as a transfer function). The example below shows the Fourier transform of the above AC signal after interacting with a rectifying circuit. 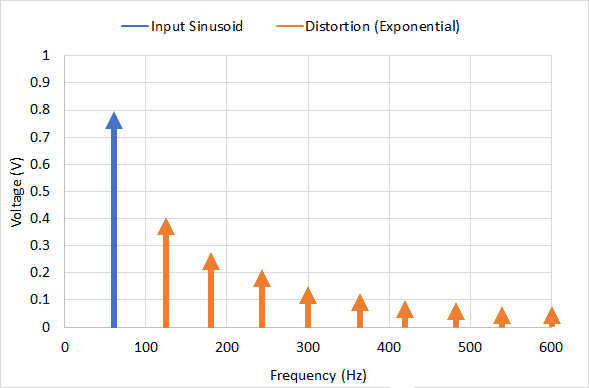 Fourier transform of the input sinusoid and its generated harmonics

These generated harmonics cause the real power delivered to a load to be less than the desired power to be delivered by the nonlinear circuit. Whether you’re working in the time-domain or the frequency domain, there needs to be a simple way to describe two aspects of this nonlinear behavior:

To do this, amplifier designers define a metric called total harmonic distortion (THD), which defines how much power is carried in harmonics of a desired signal. When used with the phase angle between the voltage and current delivered by a nonlinear circuit (e.g., the power factor), we have a single metric that can define power quality.

Total harmonic distortion and power quality can be summarized using a single metric: the power factor. For nonlinear components or nonlinear circuits, we often call this metric the distortion power factor. Just like the power factor used in linear reactive circuits, the real power dissipated by a load depends on the phase angle between the delivered voltage and current. However, it also depends on how much power is carried in the fundamental harmonic compared to the higher order harmonics.

When designing power electronics, complex simulation tools aren’t needed to understand power quality. Because THD occurs in nonlinear circuits, you can’t use a transfer function to determine THD in the frequency domain. Instead, you have to use transient analysis simulations in the time domain. This involves the following process:

You now have an objective measure of power quality in your nonlinear circuit.

When you need to design, simulate, and layout systems with total harmonic distortion and determine power quality, use the set of PCB design and analysis tools from Cadence. Only Cadence offers a comprehensive set of circuit, IC, and PCB design tools for any application and any level of complexity.