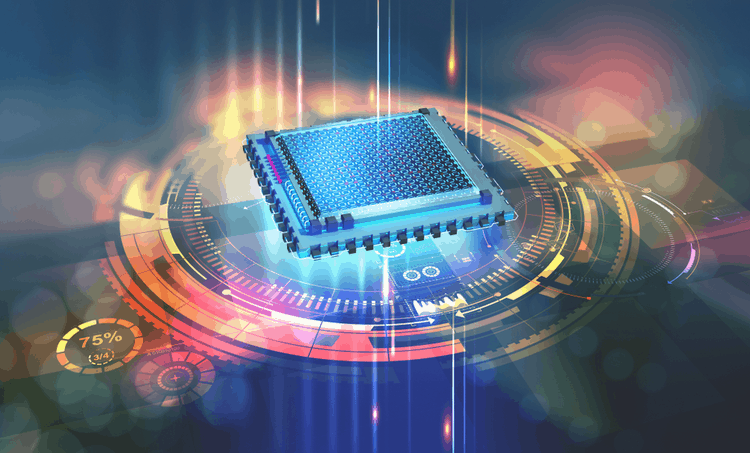 Today’s CPUs now process more data than ever before, thanks to scaling from Moore’s law and greater demand for more advanced applications. In about the year 2000, Intel predicted that CPU scaling, if extrapolated linearly, would eventually increase the total power consumption until it exceeded the total power output from the sun. At that time, CPU power reduction methods and low-power architectures became a major focus by CPU designers and manufacturers, and this trend continues today.

Among these, the final area is probably most prominent for systems designers who start reading component datasheets. Dynamic voltage and frequency scaling is a primary methodology used to throttle clock frequencies and control power consumed in complex processors. If you’re new to this area and need to know how it affects your designs, keep reading to learn more.

Today’s modern digital components are built from MOSFET-based circuits that are dominantly produced using CMOS processes, although TTL, ECL, NMOS, and BiCMOS logic families can still be found in commercially available components. All MOSFET-based digital logic circuits use a voltage level to represent logical state, and the logic level must sit with some range of values to represent a 1 or 0 in binary logic. This voltage is set depending on the power supply level given to the digital component.

In processors, we have multiple blocks that perform different functions involved in processing and moving digital data. These include: 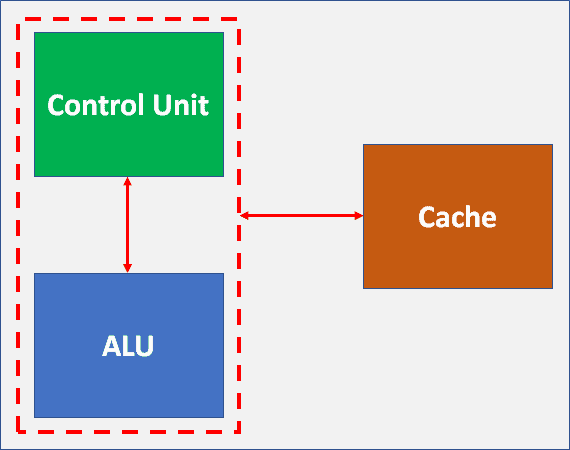 Finally, there is a core that receives and executes instructions provided by the control unit. Modern CPUs may have multiple cores (in powers of 2), which allows application parallelization. Each core executes certain data operations with input data and logical instructions provided by the control unit. The core and individual logic units are two places where dynamic voltage and frequency scaling are applied to reduce total power consumption.

Transistors switch between high and low voltage levels during operation. Although we like to think of transistors as being perfect components, they have unintended parasitics that determine how they switch during operation. The image below shows an equivalent circuit diagram for a MOSFET with parasitics included. 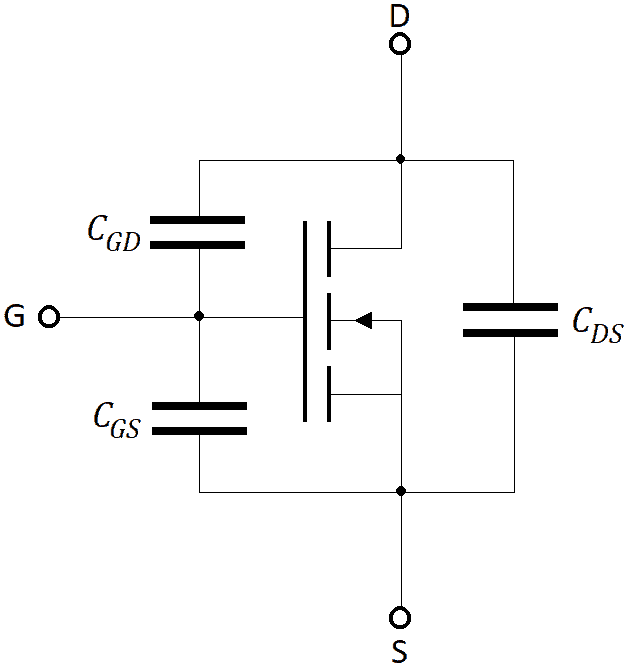 Here, we have a delta circuit involving three capacitances in parallel with a rectifying semiconductor element. The capacitances at each node are entirely unintentional and arise due to the compact nature of modern MOSFETs. These parasitic capacitance values arise from the structure of wires in an integrated circuit, known as coupling capacitance. Note that we haven’t included inductance on the leads, as it is negligible in small transistors.

When a MOSFET in a logic circuit is switched, the capacitance charge is flowing into the above circuit to charge/discharge these capacitances. The total equivalent capacitance then determines how long it takes for the MOSFET to switch states (i.e., just like in an RC circuit). The power consumed during switching is: 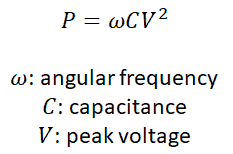 Power required for switching a MOSFET

From this equation, we see that transistors can be run at lower voltage to reduce power consumption. The capacitances on a silicon die are nonlinear, with capacitance being roughly inversely proportional to the supply voltage. By running at lower voltage, we also increase the switching time, which then shifts the switching signal’s power spectrum to lower frequencies.

The core of a CPU contains a clock, which will run at a particular multiple of some frequency generated by a highly stable reference oscillator (such as a crystal). A phase-locked loop (PLL) is used to generate one or more faster or slower clocks from this reference clock. By throttling back the clock speed, the switching rate for transistors is slower, which also reduces the power consumed by the CPU. If the core voltage is not changed, then the power consumed per clock cycle is unchanged, but the total power consumed over a given time interval is low.

Dynamic voltage and frequency scaling can be implemented in low-power VLSI using a set of standard design libraries in IC design software. Although the time required to reach design closure is higher and the product becomes more complex, the investment is worth the power savings. Designers who want to implement dynamic voltage and frequency scaling in their products need to consider operational modes that will be needed and determine which core features to turn off during operation.

With the best VLSI design software, systems analysis tools, and circuit simulators, designers can minimize power consumption across the system, not just in the CPU core. When you need to design, simulate, and layout ICs while implementing dynamic voltage and frequency scaling, use the set of system analysis tools from Cadence. Only Cadence offers a comprehensive set of circuit, IC, and PCB design tools for any application and any level of complexity.