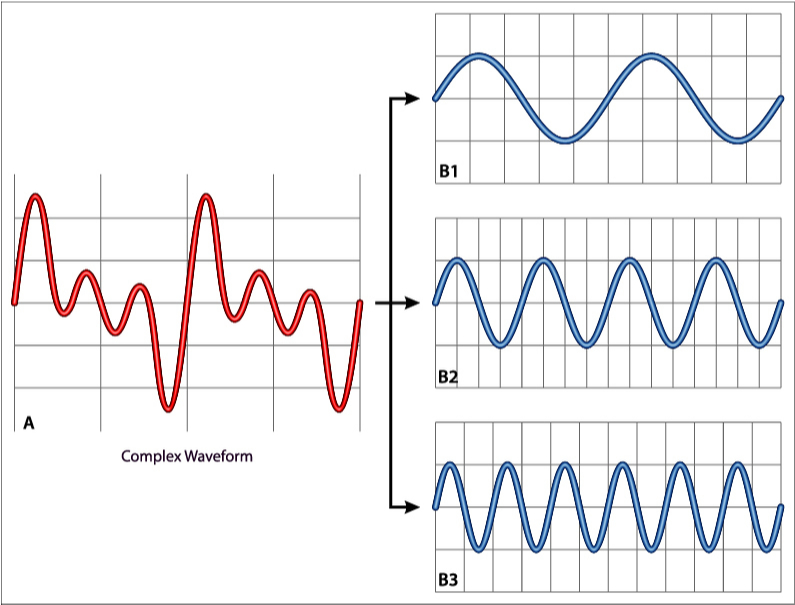 Right now, if you’re reading from a laptop, check the input details given in your AC adapter. Typically, you’ll find a voltage range in an interval of 100-240 V, with a frequency between 50-60 Hz. This input spec includes the globally recognized single-phase, pure sinusoidal, utility voltage standards of either 120 V, 60 Hz, or 240 V, 50 Hz. However, as an electrical enthusiast, you are probably aware of the real-time deviation of supply voltage from the above-mentioned shape, amplitude, and frequency standards.

The occurrence of these distortions is generally considered under the umbrella term 'Power Quality' issues. As the density of non-linear devices on a per capita basis drastically increases world-wide, Power Quality (PQ) is becoming a matter of great concern. The proliferation of non-linear loads introduces sinusoidal voltage components with small frequencies into the power system.

These voltage components-called voltage harmonics- superimpose with the fundamental frequency voltage and make the utility supply voltage non-sinusoidal. When you are looking at linear distortion and non linear distortion, harmonic current and harmonic frequency can lead to signal distortion. The non-sinusoidal voltage supply results in heating losses in machines, malfunctioning of sensitive equipment, and communication interferences. Total harmonic distortion (THD) is the measure of the deviation of voltage or current waveform from ideal sinusoidal shape. THD quantifies the unwanted harmonics that are present in the voltage or current waveforms using Fourier analysis. THD analysis is crucial for maintaining and enhancing power system stability.

If you are listing the common harmonic sources in a power system, you can't miss the power electronic converters, adjustable speed drives, static VAR compensators, and SMPS. These sources generate either current or voltage harmonics, which are mutually inclusive in nature. Given a chance to filter out the fundamental frequency voltage component v1(t) from a non-sinusoidal voltage v(t), what remains is the entire harmonics given by vh(t):

The input voltage specification printed in any equipment is the RMS voltage of the fundamental frequency (f) component, V1. The harmonics vh(t) gatecrashes to transform the ideal voltages or currents to an undesirable shape, amplitude, and frequency. The harmonics vh(t) can be decomposed into several sinusoidal components at frequencies which are integer multiples of the fundamental frequency, f. If v(t) constitutes a sinusoidal voltage component with a frequency equal to n times f, it forms the nth harmonics vn(t). The nth harmonic vn(t)supplies its share to the amplitude of the non-sinusoidal voltage v(t). The value of n could be 2, 3, or 4, and so on, but even harmonics rarely exist.

The same THD equation is applicable to current harmonics as well.

From the discussion so far, it is clear that harmonics are like uninvited guests. The presence of harmonics can be catastrophic to power system components such as electrical machines, electronic devices, measuring instruments, switchgear, transmission cables, and lighting systems. A harmonic component can affect disastrously the fundamental signal, output signal, and input signal depending on your THD factor or THD calculation. Voltage harmonic distortion, crossover distortion, and intermodulation distortion can all affect the harmonic content of your audio signal.

An integral part of the power system is occupied by electrical machines such as motors, generators, and transformers. When saturated, the ferromagnets in these machines act as the epicenter of the harmonics. We are familiar with the hysteresis and eddy current losses in machines, which are frequency dependent. The presence of higher-order harmonics in the input supply aggravates the magnetic losses in motors and transformers, hence the temperature.

Coming to the rotor side of motors, the distortions in rotor currents cause torque pulsations or reduced torque. The current distortion also causes increased copper losses and heating in the electrical machines, thus probing a serious threat to insulation. It's right to cite the cogging and crawling phenomena in induction motors as an example in this context.

Apart from voltage, generators are also suppliers of 3rd harmonics or triplen harmonics into the power system. The current and voltage harmonics propagate from the generator to other loads present in the bus, polluting the system.

No one is fond of the humming noises from machines—supplying an electrical machine with a distorted supply voltage is like turning the humming volume to high.

Have you ever taken a malfunctioning electronic gadget to a service center, only to find it works perfectly fine once you are at the store? The service center personnel usually blame the input power the device was plugged into. It's true that most electronic devices mal-operate under distorted input voltage. The harmonics in the input voltage shift the zero-crossing points in the waveform, influencing the performance of internal clocks, timers, and ADCs.

Power electronic converters and switching circuits are the main sources distorting the shape of currents and voltages in a power grid. They are also the victims; the commutation of the firing devices are mostly jeopardized by the harmonics in the source voltage. The functioning of resonant converters and line-commutated converters is challenged by the harmonics, and the consequences are frequent in microgrid systems.

The Information Technology Industry Council (ITIC) has studied the vulnerability of computers to the distorted power supply. These studies have resulted in set standards limiting harmonic effects. The hangs, loss of data, or glitches in process control due to harmonics can't be neglected when it comes to industrial automation. Additionally, in communication electronics, we might experience cross-talks and interferences in the presence of harmonics in neighboring transmission lines. Communication engineers are very keen on attending to this problem and resolving interference and noise disturbances.

where Vin is the RMS value of system voltage, and Iin1is the RMS value of the fundamental component of the distorted current. 1is the angle between the vin and iin1 . The higher-order current harmonics do not contribute to the average power drawn from the system.

Substituting equations (4) and (5) into equation(3), PF reduces to

where Iin1Iinis the distortion factor (DF), and cos1is the displacement factor (DPF). Using equation (1) in the context of current harmonics, equation (6) can be rewritten as

The harmonic control in electric power systems and equipment is guided by various standards such as IEEE Standard 519-2014, IEC 61000-3-6, and NEMA IS07 P1-2019, among others. THD analysis offers a breakthrough in determining the harmonics present in the current or voltage under consideration. THD analysis conducted in a suitable simulation platform safeguards the reliability of your design by informing the percentage of harmonics superimposed in the waveforms.

When dealing with power systems, it is important to keep an eye on both voltage and current harmonics. Both of these distortions have drawbacks: less efficiency, an increase in current, insulation problems, incorrect relay trippings, and switchgear failures. Non-linear loads are the main problem makers, and there is a need for matchmaking between the design of these non- linear devices and THD standards.