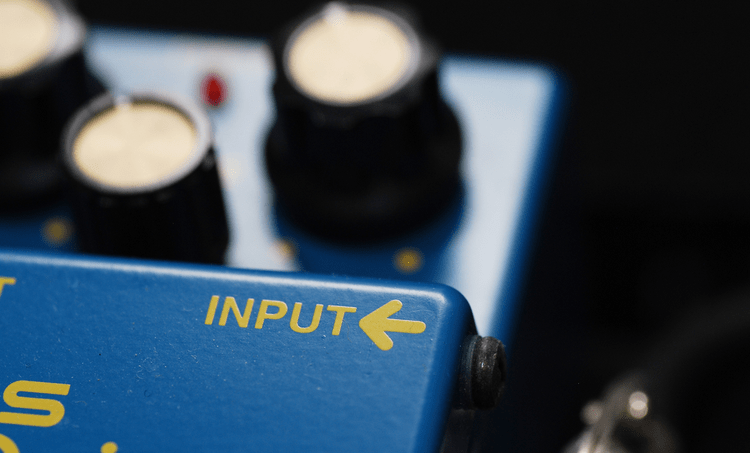 Nonlinear components and circuits create distortion, which will reduce average power seen by a load component connected to a nonlinear circuit.

Many different types of circuits may need to deliver stable power to a load component or load circuit. Sometimes, a circuit has some nonlinear behavior that creates power distortion, leading to undesired harmonic generation and loss of power at the load component. To properly quantify the limits of acceptable distortion, we use a metric called the distortion power factor, which is related to total harmonic distortion (THD) in nonlinear circuits.

Let’s take a closer look at the meaning of distortion power factor and how it can be compensated in nonlinear circuits.

For nonlinear circuits, the power factor calculation needs to account for harmonic generation by nonlinear components. The definition of power factor relates the current in the primary harmonic to the RMS current contained in all harmonics:

We can define this in terms of the total harmonic distortion (THD):

Definition of distortion power factor in terms of THD

Note that, in both equations above, the current terms in the denominator are absolute values, while the term in the numerator can be a complex number that includes a phase factor. In other words, the above equation needs to be modified to include the phase angle between current and voltage:

Definition of distortion power factor in terms of phase angle

The exact method for compensating distortion and increasing the distortion power factor back to 1 depends on the exact circuit and how it functions. Unfortunately, there is no single power factor correction method for every circuit. However, there are some steps a systems designer can take in different systems to reduce distortion and bring power factor closer to 1. To see how these work, it’s best to look at some common examples.

The simplest way to compensate for low power factor is with filtration. In particular, a very high order bandpass filter can be used to pass a small amount of power in parallel with the nonlinear circuit and deliver this power to the load. A simple block diagram for this scheme is shown below.

In this circuit, the power output from the nonlinear load could also be filtered to remove some of the harmonics, and it could be phase shifted to bring its phase closer to matching with the bandpass filter output. For ultra-precise phase matching at high frequencies, an analog PLL or DLL could be used with a feedback line to the source, which would also suppress any phase noise on the power source.

High current switching power converters that include a switching regulator often use a power factor correction (PFC) circuit. When driven with an AC line voltage, distortion power factor arises due to the switching action in the regulator, which draws spikes of current that do not match the input voltage waveform. In the US and Europe, PFC is required on high power systems to prevent harmonic distortion and low efficiency in the utility grid.

PFC circuits involve a current sense feedback loop and a PWM MOSFET driver. The block diagram below shows an example PFC circuit architecture with a converter section (usually just a rectifier) and a switching regulator section.

The current sense block in this system senses the current being output from the regulator section, which then triggers the MOSFET driver. A half-bridge or full-bridge MOSFET arrangement in parallel with the converter section is switched and begins sourcing some current. The current delivered to the regulator will more closely follow the voltage waveform. This brings the phase angle between the voltage and current closer to 0, which brings the power factor closer to 1.

We often state that maximum power transfer always occurs when two impedances are conjugate matched, but this is only true for linear circuits. For nonlinear circuits, a power amplifier may have greatest power delivery when there is some slight impedance mismatch between the power amplifier output and the load component. The appropriate impedance mismatch can be determined using load-pull analysis, either through measurements or with proprietary simulation packages.

When you need to design, simulate, and layout systems with distortion power factor correction, use the set of PCB design and analysis tools from Cadence. Only Cadence offers a comprehensive set of circuit, IC, and PCB design tools for any application and any level of complexity.