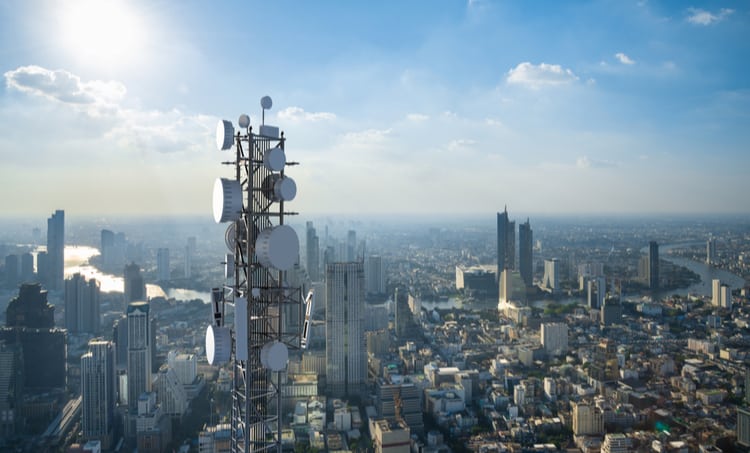 The proliferation of communication transmitters is problematic both in urban and rural locations. The radiofrequency fields in these locations are increasing, and they pose serious issues for the RF immunity of various devices used in local neighborhoods. Since the manufacturers of these devices have no power over the location where their products are used, EMC compliance needs to be strictly followed to prevent erratic or inaccurate device operation.

The Basics of RF Immunity

Electrical and electronic devices are susceptible to radiated and conducted electromagnetic interferences. For conducted emissions to disrupt the operation of a device, they require a medium or wired path. However, radiated emissions do not require any wired path, as they are interferences in the form of radiations. Radiated interferences can be coupled through inductive or capacitive fields. Such coupling causing RF interference is called near-field coupling. The coupling of RF disturbances in a system through electromagnetic waves is called far-field coupling.

Radio-frequency radiations from devices or systems in the vicinity can pollute signals in a device. Such error signals may cause the misoperation or mal-operation of devices. RF immunity is a crucial parameter for protecting analog as well as digital systems from radiated disturbances. Luckily, there are a few EMC standards that guide designers towards ways that will protect devices from RF interference.

While it is important to prevent emissions from a device, it is equally important to protect the device from RF interference. The EMC standards associated with radiated immunity or RF immunity detail the radiated emission immunity level requirements for a device. The product class to which the device belongs matters when considering immunity limits. The immunity upper limits for a telecommunication device may be stringent compared to a non-telecommunication consumer product. RF immunity standards depend on the product class, such as consumer electronics, automobiles, aviation devices, telecommunication systems, and military components.

IEC 61000-4-3 is an international standard that describes the immunity requirements of electrical and electronic equipment to radiated interferences. It standardizes the test procedures and test limits that are used to determine the immunity or susceptibility of a device under test to radiated RF electromagnetic fields. This standard is followed by commercial products for radiated emissions greater than 80MHz.

The Radio Technical Commission for Aeronautics (RTCA) defines the DO-160 standards for RF immunity tests that can help in evaluating the performance of a device under test when placed in a radiated electromagnetic environment. According to the standards, the device under test is subjected to two different tests:

ISO 11451-2 is the specification that gives the test method for testing the immunity of road vehicles to electromagnetic interferences from external radiation sources. The vehicle propulsion system is not regarded under this standard and the disturbances considered are narrowband electromagnetic fields.

The standard ISO 11452-2 specifies the immunity testing methods for electronic components in a road vehicle apart from the vehicle propulsion system. This test subjects the device under test to continuous narrowband electromagnetic fields.

Whichever EMC standard you follow, it is beneficial to adhere to it right from the early development stage so that design iterations and costs can be minimized. Cadence offers a full suite of design and analysis tools that can help you in designing your electrical and electronics products so they are fully compliant with EMC standards.