●     Learn about the differences between Broadband and Narrowband EMI.

●     Gain a greater understanding of the methods that produce EMI and how to mitigate them.

●     Learn more about the classifications of EMI and its standards. 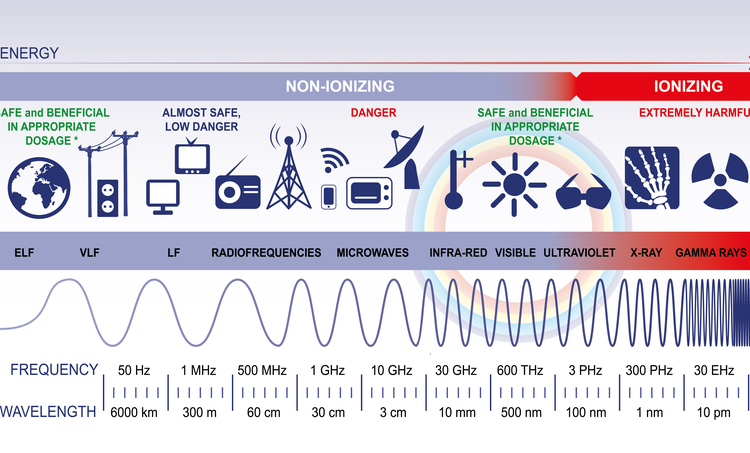 Electromagnetic Interference (EMI) is a disruption (interference) produced by one electronic device that affects another through the electromagnetic (EM) fields created by its operation. Although there is a myriad of disruptive phenomena that designers in the field of electronics must contend with, EMI is usually at the top of the preventative to-do list.

Various forms of EMI can adversely affect circuits. These various EMI or RFI (radio frequency interference) forms can manifest in a multitude of ways. However, like power loss, they should not be part of the design.

Although there are numerous sources of EMI, it fundamentally resides within two categories or source types: naturally occurring or human-produced. In addition to the two category types, EMI has a veritable list of characteristics. These characteristics vary and are dependent on the method and source producing the disruption.

As I am sure you are aware, EMI is an unwelcome phenomenon, and its mitigation or elimination is paramount to device performance and functionality.

We categorize EMI into its various types with regard to three determining factors:

The following is a more detailed examination of these three criteria of EMI categorization.

Frequency Range or Bandwidth of EMI

The Origin of EMI Standards

Like most technological standards, EMI standards arise from a military background. The need to protect electronic devices and circuits from EMI spans as far back as the 1950s. Therefore, it is only logical that the focus on preventative and mitigating measures be at the forefront for today’s design engineers.

The military is all too familiar with the effects of EMI since it is responsible for critical equipment failures that lead to loss of life. Currently, with the advancements in health-related solutions like Cardiac Implantable Electronic Devices (CIEDs), these standards are even more vital.

These, along with various other scenarios, validate the need for adherence to EMC (electromagnetic compatibility) and EMI standards. Although these standards vary by country, continent, and even economic region, these standards provide a baseline of acceptable parameters. There are two primary standards, and they are European IEC 60601, which governs control, lab, and measurement equipment, and 60950, which regulates IT equipment.

In the USA, there is a significant focus on unintentional emissions. The FCC’s Title 47, Part 15 (47 CFR 15) governs this classification of interference. Also, with regard to this standard, there are two classifications for electronic devices:

While of course, guidelines for designing away from EMI and EMC issues, as well as understanding where the locations of these issues may arise is important; however, just as important are understanding the tools available for resolving these issues. We’re talking quick and reliable modeling capabilities to merge mechanical structures such as connectors and cables can yield holistic EMI diagnosis. And we’re talking accurate s-parameter modeling to augment the analysis from any tool. And we’re talking about the need to handle 5G, automotive, HPC applications, or anything that emergent technologies are willing to throw at you.

The Use of Shielding

Both EMI and EMC shielding provides protection for signal transmissions from external noise as well as preventing information loss. The primary objective of EMI and EMC shielding is to mitigate the effects of both RFI and EMI on electronic circuitry. Typically, we utilize metallic screens to absorb EMI.

When designing a PCB, the design must incorporate accurate line impedance that matches the source impedance. This technique naturally suppresses EMI, and it also controls the signal rise and fall times.

Spacing is always a critical concern, however, when addressing EMI, it requires an even higher degree of diligence. One of these primary concerns is line or trace spacing. Since EMI propagates through the board’s edges, your design should include PCB traces that bend at a 450 angle to the board’s edges.

Try to utilize striplines instead of microstrips as well as avert layer changes and routing high-speed signals over the slots. Finally, incorporate designs that keep differential traces near one another.

In the field of electronics, proper grounding is paramount to all functionality. Therefore, designs that effectively apply ground planes are vital to the reduction of EMI and EMC. Take care when splitting ground paths and try to utilize large, continuous ground reference planes to connect it to the ground plane with the ground vias. Also, be sure to include a return path for the ground plane.

During high-speed signal transmissions, the utilization of low-pass filters for mitigation with ferrite-core inductors will reduce EMI and EMC issues. Designers utilize decoupling capacitors to increase switching between ground and IC power connections, thus, shunting the interference caused by other circuits through the capacitor.

Antennas, and therefore antenna arrays as we progress our designs into more 5G or RF fields, will require careful arrangement to ensure isolated elements. This prevents crosstalk to the receiver function of another antenna from the transmitter of the current piece. Using absorbers and proper EMI shielding can work wonders to achieve this minimal and prevention of crosstalk.

DFM (design for manufacture) practices are always in concert with component placement. The same is true of EMI and EMC mitigation practices. Therefore, a proper PCB design must account for the location of any oscillators to minimize interference with other circuits or components. Place high-speed components away from input and output connections or other possible interfering signals.

EMI as a whole is one of the singular most disruptive phenomena in existence to electronic circuitry. The mitigation of EMI is paramount to the functionality, performance, and lifecycle of all electronic devices. Whether it is narrowband or broadband EMI, the above practices will minimize and eliminate EM emissions at their source. Furthermore, they will also promote better designing practices, which in turn increases profits for your company. 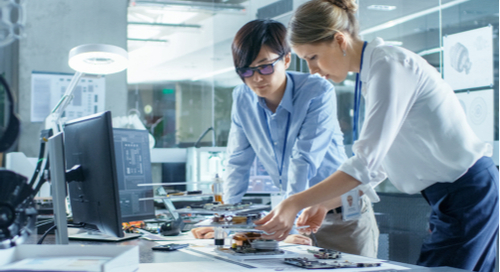 CAD tools can be a big help in producing high-quality designs.

To properly mitigate EMI in your circuit designs, working through every angle is going to be of paramount importance. In sensitive designs, you cannot be careful enough to identify and navigate through EMI sources or vulnerabilities.