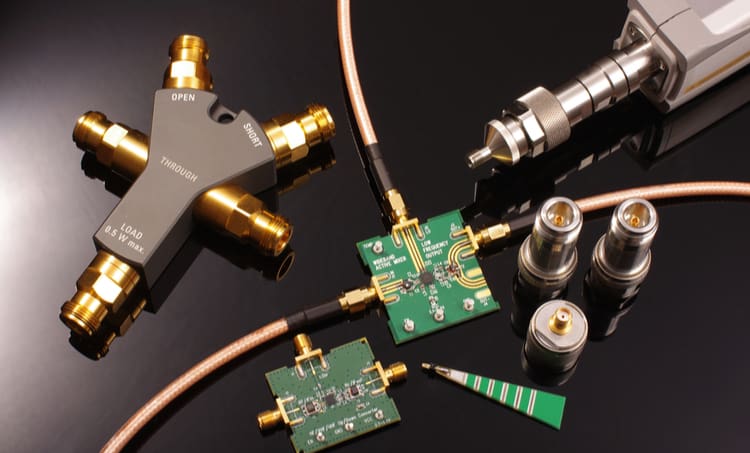 In microwave engineering, there are quite a few applications that require the division of power. One such device used to accomplish this is a directional coupler—a four-port device that uses waveguides to distribute power in microwave circuits.

In directional couplers, microwave power is scattered from the incident port to three other ports. Since there is a relationship between the power in various ports, using the scattering matrix of a directional coupler to study and analyze its characteristics and behavior is ideal.

What Are Directional Couplers?

Directional couplers sample the incident power (typically, for measurement purposes) and supply small amounts of power to the other ports.

Directional couplers consist of a primary waveguide, which forms ports 1 and 2 at either end. An auxiliary waveguide is connected to the primary waveguide and is associated with ports 3 and 4. The power incident (Pi) on port 1 travels towards port 2. The power received at port 2 is designated as received power, Pr. A fraction of the incident power reflects back to the incident side and is received at port 3 as back power, Pb. The power at port 4 is forward coupled power, Pf. Ports 1 and 3 are isolated from each other, as are ports 2 and 4.

A directional coupler is characterized by its coupling factor, isolation, and directivity.

The Scattering Matrix of a Directional Coupler

In microwave systems, a scattering matrix (S-matrix) is used to get a complete description of a multi-port network. The best thing about S-matrix theory is that the S-matrix of a multi-port device is enough to get information about the outputs at each port, even without the knowledge of the components inside the interior of the network.

A directional coupler’s S-matrix is of order 4x4 and is given below: 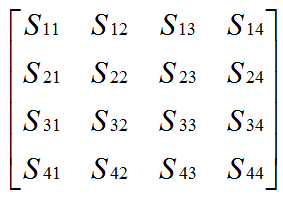 If all the ports are properly matched, then the matrix satisfies the following condition:

Since ports 1 and 3 are isolated from each other:

Similarly, ports 2 and 4 are isolated from each other, therefore:

The S-matrix of a directional coupler is a symmetrical matrix, where i and j correspond to the row and column number, respectively:

Applying the symmetrical condition, we end up with the following equations:

Substituting the above equations, the S-matrix given by equation 4 reduces to: 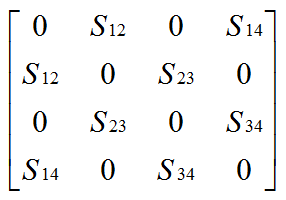 Equation 11 can be rewritten as:

From the multiplication of rows with columns, the equations obtained can be written as:

Similarly, the other relationship obtained from the set of equations 13(a)-(e) is:

Assume S12is equal to a non-zero real number, P. From the relationship in equation 14b—and P being a real number—the following equations can be obtained:

Equation 16b is obtained by rearranging equation 16a:

Equation 16b is only possible if  S23is a purely imaginary number. Therefore, we can write:

From all the relationships obtained so far, the S-matrix of a directional coupler can be written as: 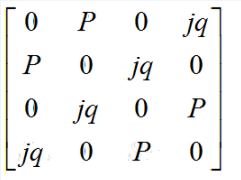 Using the S-Matrix of a Directional Coupler

The scattering matrix of a directional coupler is the most convenient representation of a directional coupler’s behavior in complex systems, so knowing how to obtain one is helpful. If you are working with microwave applications that require the division of power, consider using an S-matrix. And, luckily, Cadence’s software offers tools to conduct S-parameter analysis of systems.