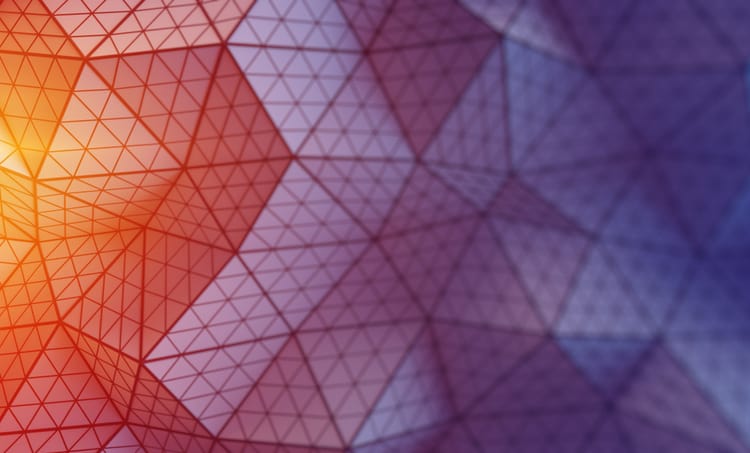 In CFD, arguably the common technique used to build meshes that represent the surfaces of real objects is a mathematical object known as a constrained Delauney triangulation. We call this particular type of Delaunay triangulation “constrained” because we enforce it to conform to a boundary with a static set of mesh points. In this article, we’ll look at the structure and formation of these triangulations as well as why they are so important for building CFD simulations.

When approaching a CFD simulation, the intent is to calculate flow behavior at and between a set of discrete points within the system being designed. Delaunay triangulations are used to visualize the connections between discrete points that represent surfaces in a system. The connections between solution points in the system are then used to build a finite difference scheme to solve the governing fluid dynamics equations. 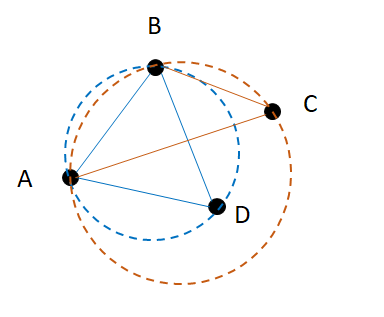 In 3D, the same central concept is used to define a Delaunay triangulation, but tetrahedra are drawn in 3D with circumscribed spheres. The triangulation procedure used in either case produces a mesh in O(nᐧlog(n)) time with maximum resolution in terms of area or volume elements. The procedure could be performed graphically in 2D, although for highly accurate CFD simulations, an algorithm is used to perform the triangulation.

Applying Delaunay triangulation to a set of discrete points in 2D or 3D results in triangular or tetrahedral surface elements called a triangulated irregular network (TIN). This network has some important characteristics:

One technique is to perform the standard Delaunay triangulation across an entire surface while assuming continuity and then removing connecting edges that are bounded by discontinuities. A simple example is shown below. After removing edges that fall outside the prescribed boundaries, the resulting mesh only conforms to the surface that requires meshing. Note that this also eliminates some edges that would lie outside of the surface being meshed, as one would expect.

Constrained Delauney triangulation is used as the basis for algorithms that generate unstructured meshes on complex surfaces.

Why Is Constrained Delaunay Triangulation Used in CFD Meshing? 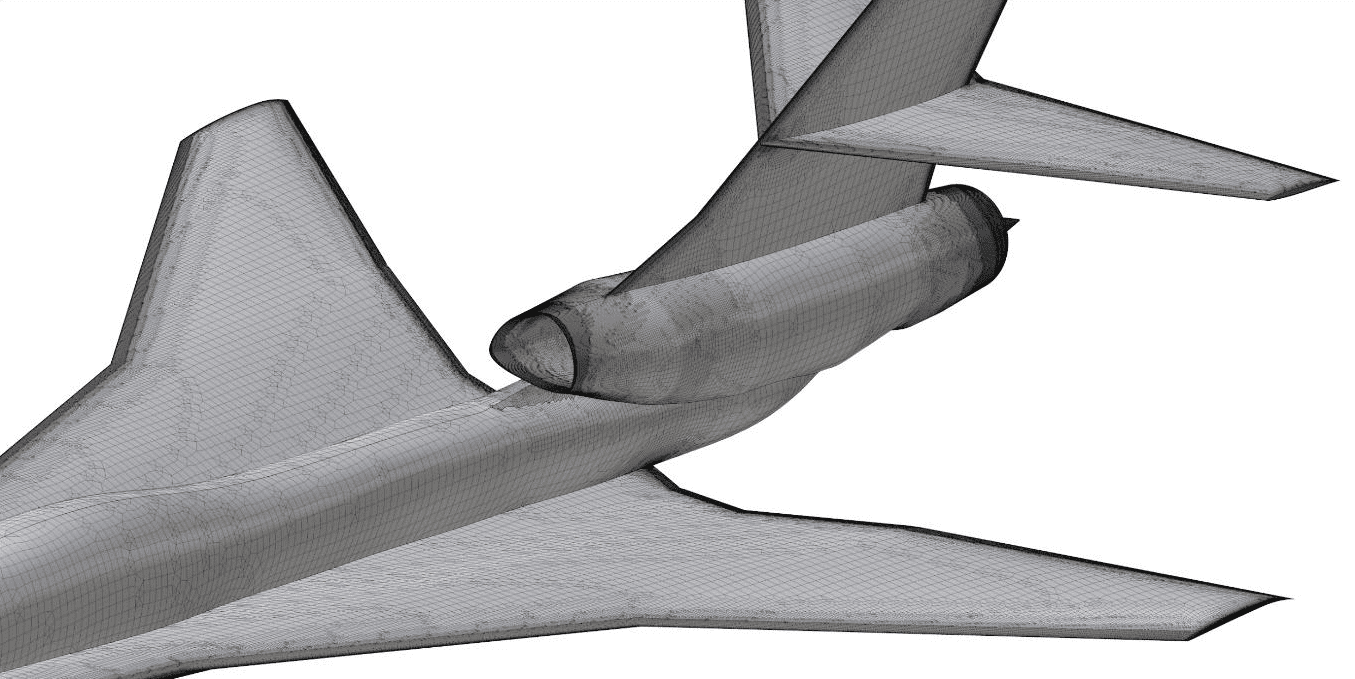 Real systems involving fluid flow can involve multiple geometric elements that require different levels of resolution and enforce prescribed mesh points on the boundaries. Meshing software that uses constrained Delaunay triangulation as the basis for its meshing procedure can accommodate these systems in a reasonable amount of time.

No matter the complexity of the system you need to simulate, you can generate unstructured meshes based on constrained Delaunay triangulation using the CFD simulation tools from Cadence. Modern numerical approaches used in aerodynamics simulations, turbulent and laminar flow simulations, reduced fluid flow models, and much more can be implemented with Cadence’s simulation tools.