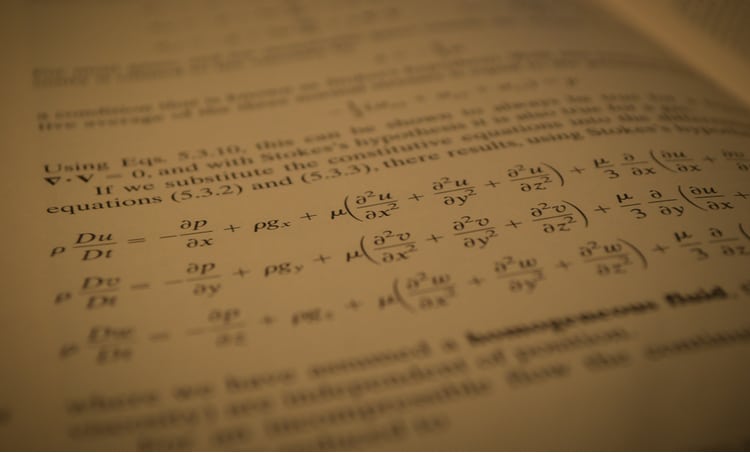 Among all the different fields of physics and engineering, one of the most mathematically demanding areas is fluid mechanics. The Navier-Stokes equations in fluid mechanics are the foundational equations governing fluid flow and the internal forces that drive fluid motion. Due to their complexity, it is natural to wonder how they can be solved.

The reality is that no analytical solutions exist to the Navier-Stokes equations in their most general form. In other words, you can only get to some kind of analytical solution in certain approximate situations, and the results may not ever be realized in an actual system. More geometrically complex systems will require a numerical approach to get some kind of a solution, which is accomplished with CFD simulations.

The Navier-Stokes equations consist of two equations that define conservation of mass and conservation of momentum. These two concepts are foundational in continuum mechanics and are used to predict the behavior of fluids in motion. There is one additional equation that is needed to understand fluids if we consider adiabatic compression and internal friction in a compressible fluid. This additional equation ensures that total system energy is conserved by accounting for the temperature of the fluid as it flows and compresses.

The equation below is the equation of motion for the fluid and is equivalent to Newton’s 2nd law of motion. The left-hand side is sometimes written in terms of the material derivative operator and would appear as Du/dt. The momentum equation shown below is the most general way to describe motion for a compressible viscous fluid subject to external body forces.

An additional equation that describes fluid behavior is the continuity equation. This equation is equivalent to conservation of mass, meaning fluid mass is neither created nor destroyed during motion. This idea of conservation is an important principle applied throughout mathematical physics.

Finally, we have an enthalpy equation that relates thermal energy in the fluid to its mechanical energy. This is needed to account for adiabatic compression and viscous friction, such as that which might occur in a flowing gas. In many fluid flow situations, the temperature is approximated as being constant, which is certainly the case for incompressible flow. The enthalpy portion of the Navier-Stokes equations is:

Enthalpy portion of the Navier-Stokes equations

In this equation, h is enthalpy, k is the fluid’s thermal conductivity, and the final term on the right-hand side is the dissipation function that describes the transformation of mechanical energy into thermal energy due to viscous forces.

Dissipation portion of the Navier-Stokes equations

The last term on the right-hand side of the dissipation function accounts for the stress-strain relationship, which is generally assumed to be linear. However, this could be nonlinear or hysteretic (direction dependent), which would be observed in a non-Newtonian fluid.

With these equations, we have a relatively complex multiphysics problem that does not have an analytical solution in its general form. How can these equations be solved and useful insights gathered in a fluid mechanics problem?

The first step in approaching a solution to the full Navier-Stokes equations is to find ways to eliminate certain terms in the above set of equations. In some cases, you can eliminate entire equations and get to a single equation describing fluid motion. To reduce the complexity of the equations, we typically start by examining the nature of the fluid, i.e., whether the fluid is incompressible, inviscid, or both. The matrix below shows how these approximations are applied in the Navier-Stokes equations in fluid mechanics.

Other approximations can be applied based on the geometry of the system or based on steady flow behavior. The Navier-Stokes equations in fluid mechanics are three-dimensional in space and time-dependent, which underscores the complexity in finding a useful solution. For example, flow may be largely confined to a largely one-dimensional channel, such as in a microfluidics channel, thus we would only need to consider flow behavior in a single dimension. Further reduction can be applied by eliminating the time derivative and only considering steady-state flow.

The typical approach to generating realistic simulation results with CFD applications is as follows:

This process is essentially used in every fluid dynamics simulation with modern CFD applications. The results can be highly accurate and will capture many important aspects of fluid behavior as it interacts with the system. 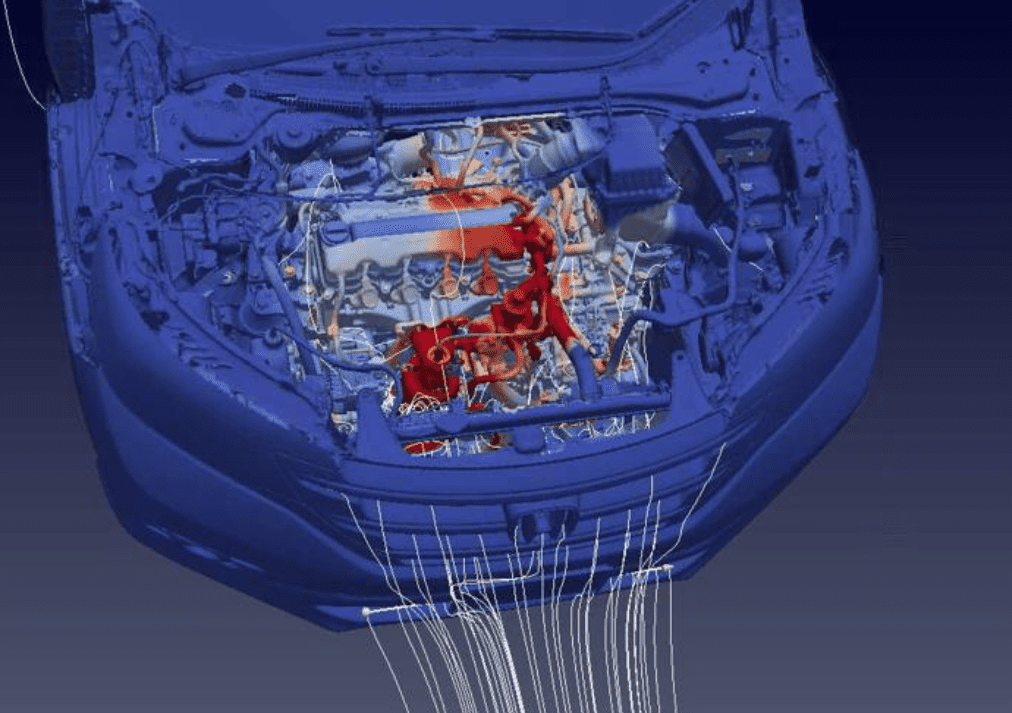 If you want to solve the Navier-Stokes equations in fluid mechanics problems involving complex systems, use the CFD simulation applications from Cadence. The meshing tools in Pointwise help you generate numerical meshes from your physical design data, and the Omnis 3D Solver simulation application implements modern numerical approaches to determine flow behavior in your system. These two applications give systems designers everything they need to build and run CFD simulations.