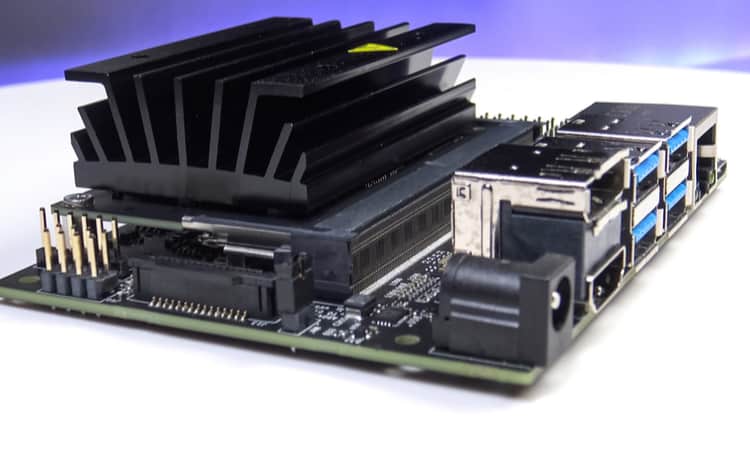 Heat transfer through convection occurs in electronics cooling when the device is hotter than the surrounding fluid. Convection heat transfer is possible only in the presence of a moving liquid or gas.

According to Newton’s law of cooling, the rate of convection heat transfer can be given by the equation:

Depending on how the surrounding fluid flow is maintained in electronic cooling, convection can be classified into natural convection and forced convection.

When forced convection is used for electronics cooling, the surrounding fluid is in motion. By forced convective heat transfer, large amounts of heat energy can be transferred to fluid efficiently. The fluid in motion can be air movement created by employing cooling fans in the circuit. Devices can also be liquid cooled using a cold base plate.

When the geometry of an electronic device or thermal management system changes, the convective heat transfer characteristics also change. Similarly, the failing of a fan transforms forced air convection to natural air convection and the cooling rate changes.

The Thermal Resistance of Convection

The Biot Number and the Thermal Resistance of Convection

Cadence software can help you design an appropriate electronics cooling method. Subscribe to our newsletter for the latest updates. If you’re looking to learn more about how Cadence has the solution for you, talk to our team of experts.