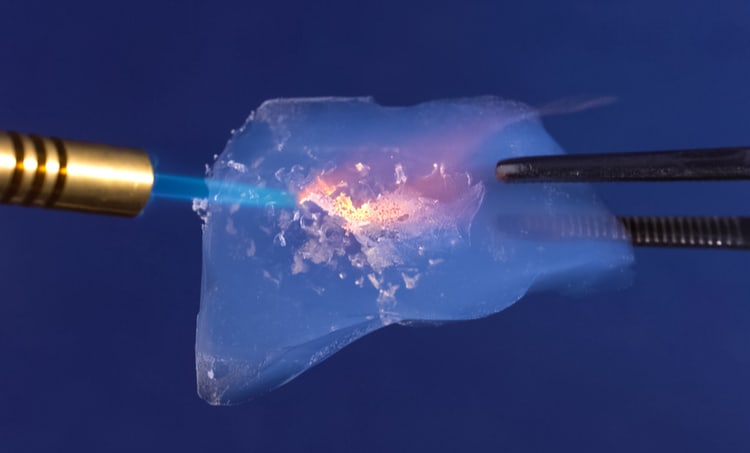 Thermal resistance will influence how heat travels through this airgel.

Heat transfer is inevitable when there is a temperature difference between two regions in a system. The temperature difference drives heat to flow between hot and cold regions, but this heat transfer does not happen instantaneously. Some thermal engineers have developed a useful analogy for thinking about heat transfer, known as a thermal resistance circuit. If you’re designing a PCB, IC, or complete system, then it helps to design the thermal resistance in different portions of the system to help manage the temperature distribution.

Thankfully, thinking about heat transfer in the same way as electric current gives a convenient way to see how heat moves between different areas of a PCB, IC, or other system type. Every object has some thermal conductivity, which can be used to calculate a thermal resistance and to predict how heat transfers between different regions of your system. Let’s look at how this works mathematically and conceptually.

What Is a Thermal Resistance Circuit? 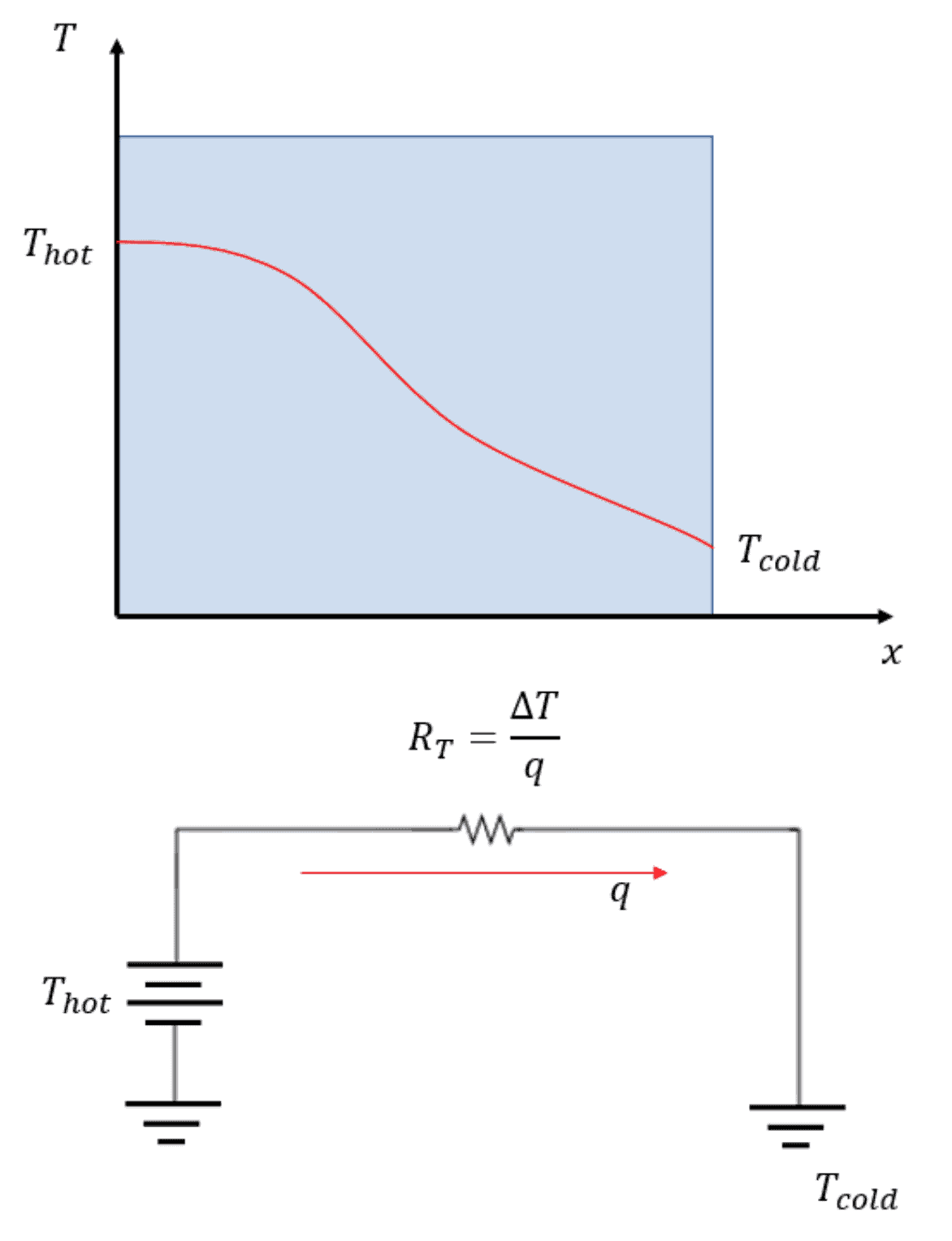 Thermal resistance circuit and its analog to heat transfer.

In the top graph, we have a situation where one side of an object is hotter than the other side, which causes heat to begin transferring through the system at a rate q. The equivalent circuit model for this system is shown in the bottom half, where the thermal resistance is defined for this system. Just like a regular resistor, we can define the thermal resistance in this circuit in terms of the system’s thermal conductivity, just like you would define electrical resistance from the electrical conductivity.

As cooling proceeds, the temperature approaches some equilibrium which can be predicted if you know the thermal conductivity, density, and specific heat of the system (as functions of space). Much like temperature, the potential difference across our theoretical capacitor will settle to zero as measured across the two plates. This transition to an equilibrium from an initial temperature is shown in the graph below:

Transition to thermal equilibrium in a thermal resistance circuit with exponential decay.

In the presence of heat sources, like an IC in a PCB, the temperature of the IC creates a new equilibrium temperature distribution that is not flat, which can be most easily visualized with a 3D field solver. This type of tool treats heat generation and transfer (including via airflow) as a multiphysics problem and presents the results numerically and visually. You can then use numerical data to calculate thermal resistance in your system and make design changes as needed.

When you need to visualize how heat flows in different regions of an electronic system via a thermal resistance circuit model, you can use a 3D field solver to build a map of the temperature distribution in your system. When you add this tool to your workflow, you can determine the equilibrium temperature in your system and extract thermal resistance values as part of heat management.