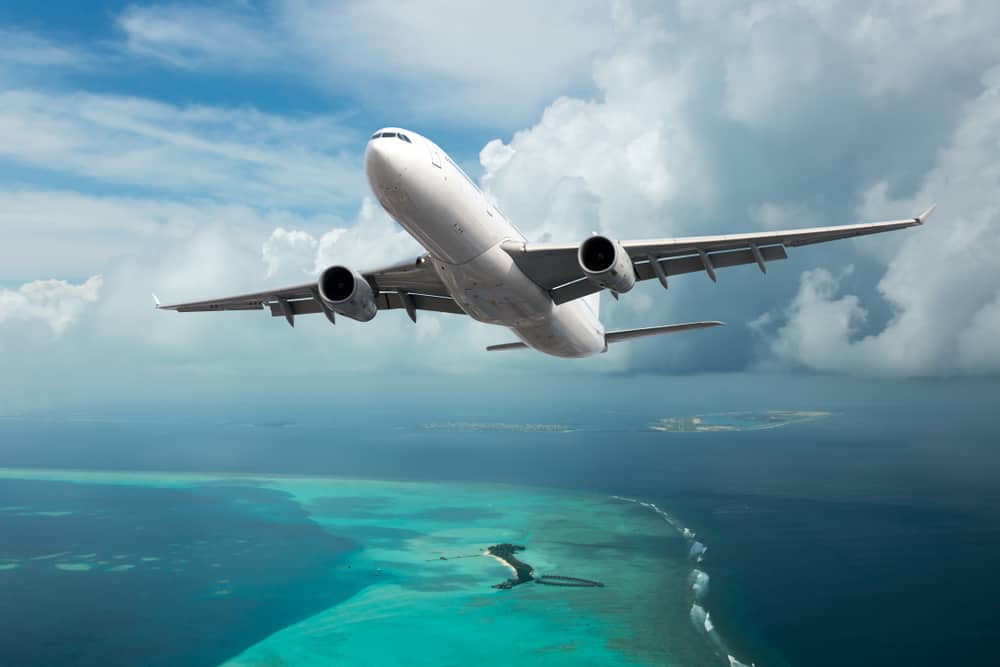 Have you ever wondered how it is possible for airplanes made of such heavy metals to stay in the air? Airplanes are able to fly due to the lift created by airfoils. The airfoil lift is produced by turning the airflow; the interaction between the incoming airflow and the airfoil results in aerodynamic lift. The streamlined structure of an airfoil is significant in creating this lift.

Let’s examine how an airfoil creates lift and what the factors affecting airfoil lift are.

There are four key forces that enable aircraft flight: thrust, weight, lift, and drag. In airplanes, the propeller produces propulsive force by pulling air in and pushing it out in the opposite direction, thereby creating a forward motion. The aircraft propeller is the primary creator of thrust in airplanes. Thrust is the force that moves the aircraft in the direction of motion.

Drag is the force that slows down the airplane motion, and is caused by air friction and differences in air pressure. The drag force is exerted in the opposite direction of motion. Aircraft are made of metals, and the weight of them exert a force downward due to gravity. It is this weight that brings the aircraft in motion back to land.

The force that holds the airplane in the air is called the lifting force, or simply lift. Lift keeps the airplane flying through the air. We will focus on airfoil lift in the upcoming section.

Explaining Airfoil Lift With Bernoulli’s Equation and the Coanda Effect

Aircraft wings, otherwise called airfoils, are significant in creating the majority of the lifting force. Airfoils are constructed such that the force pushing the airfoils up is strong enough to allow the plane to fly.

According to Bernoulli’s equation, the static pressure P and the fluid velocity u hold a relationship in a streamlined body and can be given as the equation below, where is the density of the fluid:

The Coanda effect is introduced in aircraft to increase airfoil lift, but it rarely occurs naturally. According to the Coanda effect, the shape of the airfoil influences the airfoil lift. The aircraft wing’s trailing edge is sharp, and it creates a lifting force when aimed diagonally downwards. The aircraft wing’s upper and lower surfaces deflect air. The upper surface of the wing deflects the air downwards and follows the tilted wing down. The air flows downwards after the wing passes through it and produces lift. Deflecting part of the exhaust from the engine over the aircraft wing increases the lifting force by a factor of 3.

Airfoil lift depends on various factors such as the geometry of the airfoil, the inclination of the airfoil to the airflow as well as the airflow velocity, density, viscosity, and compressibility. The airfoil shape must follow either one or both of the following conditions to create a pressure difference that is significant in generating lift:

2) Inclination to the airflow direction

Airfoils can have a flat bottom, slightly curved bottom, or be symmetrical.

In the design of airplanes for low-speed flight, thick airfoils are preferred. Thin airfoils are usually used for high-speed flight. To create laminar flow, the leading edge of the airfoil should be pointed, with upper and lower surfaces nearly symmetrical. This type of airfoil is called a laminar airfoil. In laminar airfoils, the thickest part of the flow is at 25% of the chord.

Conventional airfoils are constructed to produce the thickest part of the flow at 25% of the chord, where the chord is the distance between the trailing and leading edges of the airfoil.

Airfoil lift is heavily influenced by the shape of aircraft wings, which should be shaped depending on the operation for which the aircraft is designed. The complete set of CFD simulation software from Cadence can help designers create quality wing designs. Cadence’s CFD simulation tools offer customizable workflows for high-fidelity designs, which are critical for designing aircraft.