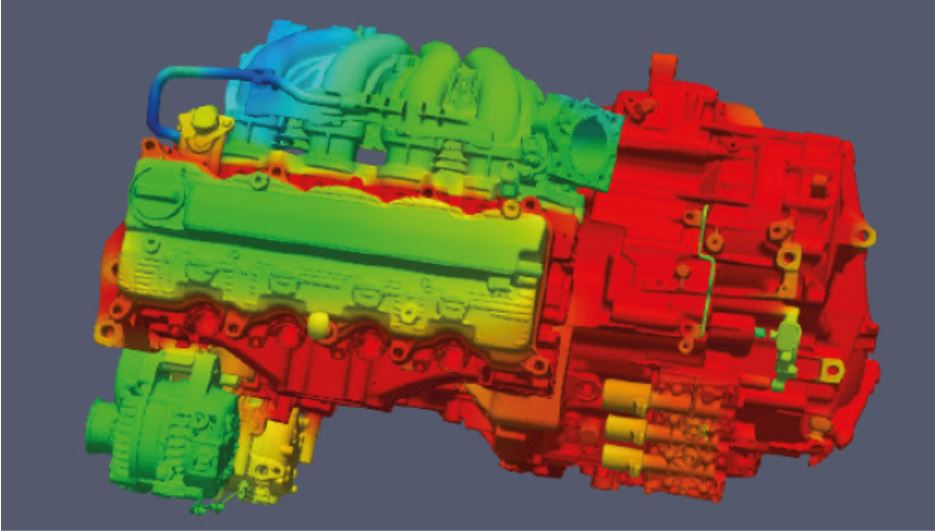 Heat plays a significant role in the design of engineering systems such as electronic devices, aerodynamic components, and cooling systems. Often, the calculation of heat transfer in such systems is done using CFD simulations to analyze factors such as thermal heat flux. However, this heat flux analysis can depend on mechanisms such as conduction, radiation, resistance, and diffusion.

In the study of systems such as aerodynamics, the knowledge of these thermal heat flux types facilitates solving airflow problems and cooling system designs. This article will discuss thermal heat flux, its associated equation, and the advantages of using CFD applications to solve heat flux problems.

The calculation of thermal heat flux can be explained by Fourier’s law for heat conduction, which can be expressed as:

q is the heat flux

k is the thermal conductivity

∇T is the thermal gradient

The above formula can be used to derive the relationship between thermal conductivity, resistivity, resistance, and diffusivity in the thermal heat flux.

Fourier’s equation plays an important role in the concept of thermal heat flux. The equation covers the basic modes of heat transfer including conduction, resistivity, resistance, and diffusivity.

The conductive heat flux vector is directly proportional to the temperature gradient. If we consider that heat transfer occurs during the flow from two surfaces with temperatures T1 and T2, where, T2>T1, and the distances between the two surfaces is L, then the heat flux formula can be expressed as:

During heat transfer mechanisms, the resistivity defines the temperature difference with which the heat flow is resisted. It is simply the inverse of thermal conductance. For 1-D steady state heat transfers through a plane wall, heat flux can be defined as:

A is the wall area

L is the distance between the boundaries

Thus, the resistivity, R, can be expressed as:

Radiation heat flux is associated with heat transfer because of electromagentic radiation and may occur without the need for any medium. The radiative heat flux becomes important in heating/cooling analysis when the surface temperatures are relatively higher. Therefore, for heat transfer from surfaces 1 to 2, the heat transfer due to radiation can be expressed as:

∊ is the surface emissivity

In heat transfer problems, diffusivity indicates the dispersion rate of heat through an object. While the thermal diffusivity can be difficult to analyze among fluids, it can be presented for solids as:

k is the thermal conductivity

p is the density

c is the specific heat capacity

The heat equation in terms of thermal diffusivity in a uniform object can be expressed as:

Note that ▽² is the Laplace operator.

In applications such as aerodynamics, the analysis of heat transfer, especially at high speed, is a must given aerodynamic heating and pressure conditions. The calculation of heat fluxes in such applications for conduction, resistivity, resistance, and diffusivity problems can be done through CFD solver applications that support multi-dimensional systems analysis. With tools such as Omnis, complex thermal management problems can be solved through high-fidelity CFD simulation and modeling.