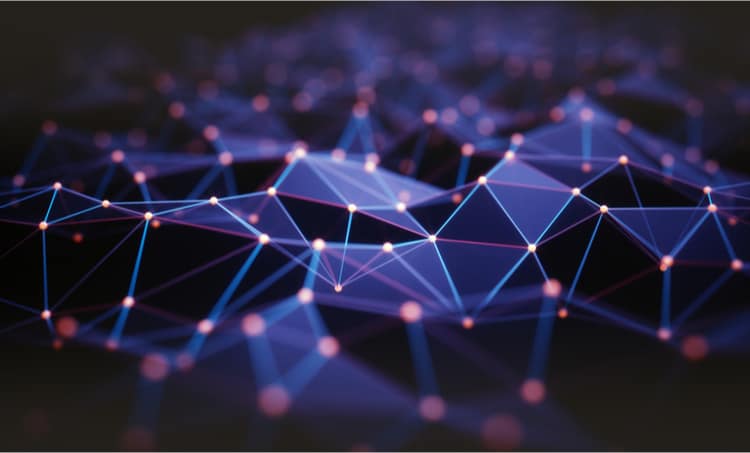 Fluid dynamics, structural mechanics, thermodynamics, and even electromagnetics share a common geometric tool that is used in various simulations. Structural meshes and discretized numerical models are used in systems requiring 3D simulations of complex phenomena in space and time. Computational tools are used to generate these simulation models by implementing various algorithms, all of which are designed to balance the need for high accuracy with low computational complexity.

Delaunay triangulation can be used to generate unstructured meshes in 2D or 3D spaces. In the case of 3D triangulations, tetrahedral regions are drawn out subject to a geometric constraint that sets the shape and distance between nodes that make up mesh elements. The resulting tetrahedron gives a set of 3D regions where the main fluid dynamics equations can be discretized and solved. Points in the mesh are selected such that the following properties are enforced:

There are many methods for calculating a Delaunay triangulation for a given system in Euclidean space. These include:

Bowyer-Watson Algorithm: This algorithm is probably the most popular algorithm implemented in meshing software. Given an initial tetrahedra and boundaries, this iterative procedure adds points outside the circumscription to create new tetrahedra. Generated points that happen to lie inside any circumscribed tetrahedra are removed from the generated grid.

Divide and Conquer: The divide and conquer method uses a recursive algorithm to split vertices of existing tetrahedra into two sets, then the triangulation is calculated for each set of vertices. The sets are then merged along their intersecting boundaries to give a combined triangulation. This method can be faster than other methods, as it effectively splits regions into simpler blocks that require lower computation time than the entire system.

Incremental Algorithms: This method involves sequentially adding new vertices and checking that the generated vertices satisfy the Delaunay triangulation properties. When the generated vertices do not create a grid that satisfies the main properties of Delaunay triangulations, a vertex can be adjusted or deleted. This is akin to a random search procedure that is used in other types of optimization problems.

Flipping: This is similar to the previous iterative technique, but it involves swapping an edge between two vertices in a tetrahedron that does not satisfy the main conditions listed above. The selected edge swap will be adjacent to the minimum solid angle in the tetrahedron. This will take a non-Delaunay triangulation and transform it into a Delaunay triangulation by enforcing the Delaunay geometric conditions.

When you need to calculate a 3D Delaunay triangulation to simulate flows in complex systems, use the meshing features in Pointwise from Cadence. When you’re ready to run a CFD simulation for your system, you can use the simulation tools in Omnis to implement modern numerical approaches for complex flows. Cadence’s complete set of CFD simulation features can be used to implement aerodynamics simulations, turbulent and laminar flow simulations, reduced fluid flow models, and much more.