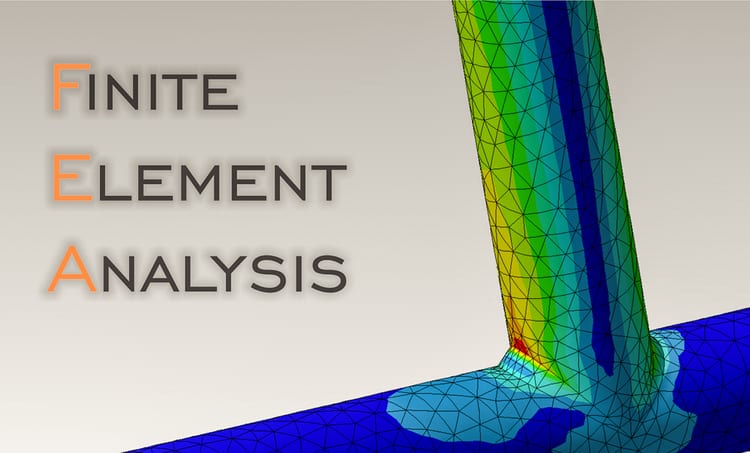 For accurate predictions of the functional behavior of a system in electronics, finite element analysis (FEA) is performed. FEA simulation includes the real geometry and electromagnetic properties in the simulation model and the physical effects of forces, heat transfer, and vibrations are analyzed in this model.

When you want to see how a product reacts to physical effects such as forces, vibrations, fluid flow, heat, etc. before development, then finite element analysis (FEA) is the computational method you should rely on. FEA uses a numerical technique called the finite element method (FEM) to simulate any given physical phenomenon. FEA depends on mathematical models to analyze the effects of physical conditions on a system. FEA simulations are conducted with the help of specialized software that has FEA algorithms integrated into it. FEA software helps engineers optimize designs, which leads to the development of better products. It reduces the need for physical prototyping and experiments and saves a lot of time and money.

In FEA software, the system or structure where FEA is applied is divided into millions of small elements that are collectively called mesh. Each of these elements is subjected to mathematical calculations. The individual results corresponding to each element are combined to give the final result. As the calculations are done on the mesh, some interpolations are needed. These approximations are made within the boundary of the physical system. There are points in the mesh where the data is known mathematically. Such points are called nodal points and are found at the boundary of the elements, known as boundary conditions.

Boundary conditions are significant when building a finite element model and performing FEA. The accuracy of the FEA depends on mesh generation and the application of the right boundary conditions.

The Importance of Boundary Conditions

Depending on the symmetry in the finite element model, symmetric boundary conditions also exist in FEA.

The symmetric plane boundary condition can be applied in models where there is a symmetric plane. When there is symmetry in the finite element model, the physical size can be reduced to one-half. The system can be studied using the reduced model, as the other half is identical and obeys anything that applies to the reduced model under analysis. With the application of symmetric boundary conditions, the size of the problem simulated is reduced and takes less amount of memory and time to achieve reasonable results.

Symmetric boundary condition constraints can stabilize the finite element model. The application of symmetric boundary conditions reduces the model size and makes FEA analysis simpler than full model FEA. Using finer mesh in a reduced analysis model can also result in a more accurate solution compared to that from a coarsely meshed full model. Cadence software can support finite element modeling for calculating the behavior of a system under analysis.