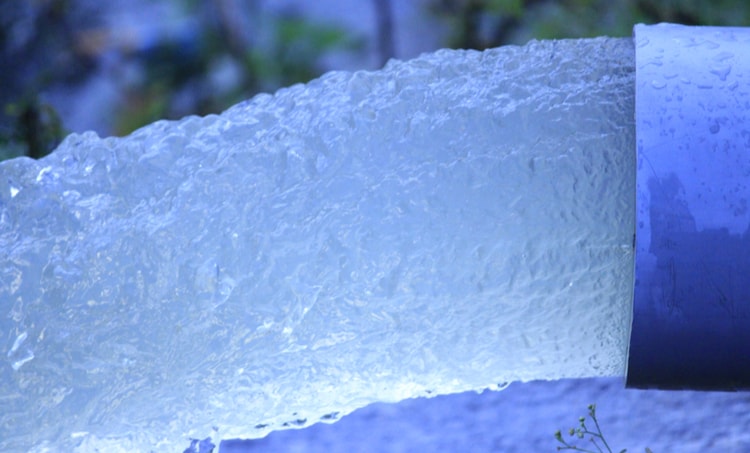 Osborne Reynolds’ discovery of a dimensionless number that summarizes flow behavior is one of the great advances in fluid mechanics. The Reynolds number is a useful predictor of flow behavior in relatively closed or wall-bounded systems, and it can be used to determine the useful operating limits in some systems. Aircraft, turbomachinery, automobiles, and much more can be designed to operate within the flow limits defined by the Reynolds number to ensure mechanical efficiency.

Context for the Critical Reynolds Number

While we like to talk about a “critical Reynolds number” as if it were a hard value for every system, this simply isn’t the case. In a broad sense, a very low Reynolds number corresponds to laminar flow while a very high number corresponds to turbulent flow. Some CFD guides will specify a specific number for a Reynolds number that defines the end of laminar flow and the beginning of strong turbulence. These numbers tend to be clustered from 2,000 to 2,500 for enclosed systems (e.g., pipes), which is a relatively accurate range of values for any system. Free-stream flows over a plate or similar surface can have very large critical Reynolds numbers, as high as 500,000.

If anyone quotes a “critical” Reynolds number for a given system, this should be taken in context. For example, the commonly-cited critical Reynolds number for fluid flow in a pipe is 2300. It is not as if the flow is purely laminar at Re = 2299.99 and then purely turbulent at Re = 2300.01. However, as we cross this particular Reynolds number, the flow behavior begins to transition from laminar into turbulent.

We can see where the limits of laminar flow arise by looking at the equation defining the Reynolds number:

From here, we can see that fluid flow transitions from laminar to turbulent when:

The other way to look at the Reynolds number is as a ratio of stresses, as shown above. The Reynolds number is more formally defined as the ratio of inertial to viscous stresses. Thus when the inertial stresses become too large, viscosity will be unable to suppress the vortical motion of eddies, and turbulence develops as the resulting vortical motion is underdamped.

How the Transition Occurs

This is shown in the flow diagram below, where a boundary layer develops as fluid flows across a flat plate. Similar behavior occurs in fluid flow across the top and bottom surfaces of an airfoil to produce aerodynamic lift.

Somewhere along the plate, turbulence will begin to develop as the boundary layer expands and the inertial forces cause the flow to separate. In order to identify the critical Reynolds number, some summative aspect of turbulence needs to be calculated from the flow, such as simulated flow rate data from a system in the previous image.

Analyzing the Transition to Turbulence With the Reynolds Number

Because there is no strict limit that defines the end of laminar flow and the beginning of turbulent flow, we have to use some metric to define how much of the flow is accounted for in turbulence. Two methods that can be used with direct numerical simulations (DNS) of the Navier-Stokes equations are:

From these simulations, one can identify a region of Reynolds numbers where the transition from laminar to turbulent flow occurs. The 2nd method above is relatively new, but it can be performed with a commercial CFD application. One article that reviews the relationship between Reynolds number and turbulent kinetic energy through DNS techniques can be found in the research literature:

When you need to determine the critical Reynolds number in your system, you can examine all aspects of flow behavior using CFD simulations with Omnis from Cadence. Modern numerical approaches used in aerodynamics simulations, turbulent and laminar flow simulations, reduced fluid flow models, and much more can be implemented in Cadence’s simulation tools.