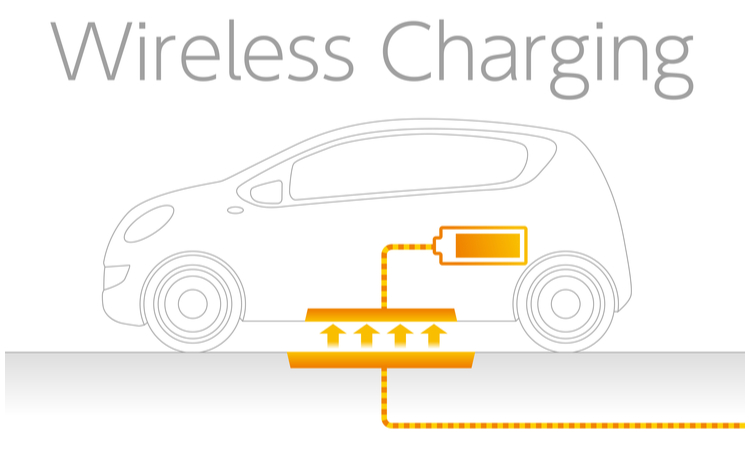 Far-field WPT - In far-field WPT, electromagnetic radiations such as microwaves, radiofrequency waves, LASERs, or light are utilized for transferring power.

As we already briefly discussed, wireless power transfers are being used in a variety of settings. WPT is becoming a significant part of road transportation systems by wirelessly charging electric vehicles. WPT technology is also used in medical implantation devices by supplying power to pacemakers, brain monitoring circuits, etc. It is also used in clean factories, the mining industry, and underwater environments due to the lack of required wiring.

Inductive power transfer is the most widely-used method of near-field WPT in devices such as smartphones, implantable medical devices, wearable electronics, and automobiles. Inductive or magnetic coupling utilizes the magnetic field induced by current flowing through a wire. Whenever a conductor carries current, it creates a magnetic field around it. Depending on the current--DC or AC--the magnetic field created will be a constant magnetic field or alternating magnetic field, respectively. When the conductor is wound in the form of a coil, the magnetic field can be amplified. Incorporating loops in the coil makes the field strength even higher.

When another (secondary) coil of wire is placed in the magnetic field created by the first or primary coil, a current is induced in the second coil. When the load is connected to the secondary coil, the current flows to the load and voltage is induced. This is how magnetic coupling establishes wireless power transfers.

How Do Magnetic Coupling Circuits in IPT Differ From Transformers?

The principle of IPT is electromagnetic induction, and the same principle applies to standard transformers as well. Transformers use high permeability cores on which coils are wound.

In transformers, the core, primary coil, and secondary coil are three main parts that help in inducing voltage by electromagnetic induction.

The magnetic coupling circuits in IPT are the key components that realize wireless power transfers. They are essentially two coils separated by a substantial distance that is high compared to the primary and secondary coils of transformers. The power transfer takes place over the air medium, which is of low permeability. The mutual flux magnetic path shared by the primary and secondary coils in the magnetic coupling circuits of IPT possess very high reluctance and form loosely coupled coils.

The loose coupling between the coils in IPT produces high leakage magnetic fields. This limits the power transfer levels in IPT. Other factors that influence IPT performance are frequency and magnetic coupling circuit parameters such as the distance between coils, size of coils, and coil loop diameter. As far as transformers are concerned, the degree of coupling is high and the leakage flux associated with it is low.

Comparing the transformers and magnetic coupling circuits in IPT, the coupling between the primary and secondary coil is relatively low in the latter. But, in comparison with CPT systems of the same dimensions, IPT systems offer superior magnetic coupling over the significant distance between inductive coils. This merit of IPT is utilized in electric vehicle charging where the WPT distance exceeds 100 mm. Cadence software offers simulation tools that can assist in the analysis of WPT systems.