When fluid flows around certain structural geometries such as airplanes and automotive or marine components, the knowledge of how the flow parameter interacts is of utmost importance to engineers and system designers. Especially in aeronautics engineering, the study of various aerodynamic parameters over the airfoil provides information on pressure distribution, lift, or drag force. With the help of computational fluid dynamics (CFD), this prediction can be made in a much faster and easier manner. Through characterization of the airfoil, CFD can facilitate analysis of its efficiency when exposed to various speed and force parameters.

However, for the analysis, it is necessary to understand airfoil and identify how its geometry plays an important role in assessing aerodynamic performance. This article aims to explore cambered and symmetrical airfoil in detail.

Airfoil, in aerodynamic terms, is the cross-sectional shape of an object, such as wings, rotors, or sails, that is used to generate a lift. The airfoil is streamlined in shape and can be of many designs for different speed requirements. When the airfoil is subjected to flow, its streamlined shape allows the flow to split between the upper and lower surfaces of the airfoil. The pressure in the upper part of the airfoil decreases as the flow stretches over the curved upper surface as compared to the flat lower section where the speed and pressure of the flow remain the same. The resulting pressure difference helps in creating a lift. 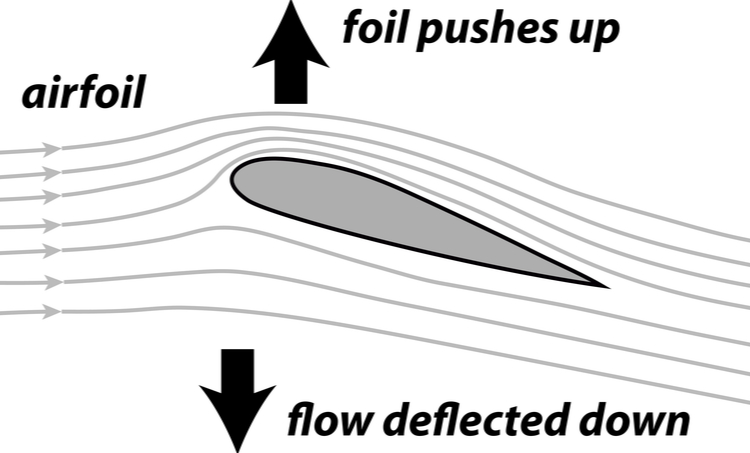 This is the exact mechanism that allows aircraft such as planes or helicopters to stay up in the air. As the rotor blade passes through the air, the downward force on the airfoil helps to develop a significant lift, enabling a successful flight.

However, the lift produced is different depending upon the shape of the airfoil. Usually, the airfoil can be classified based on geometry as either asymmetrical or symmetrical airfoil. 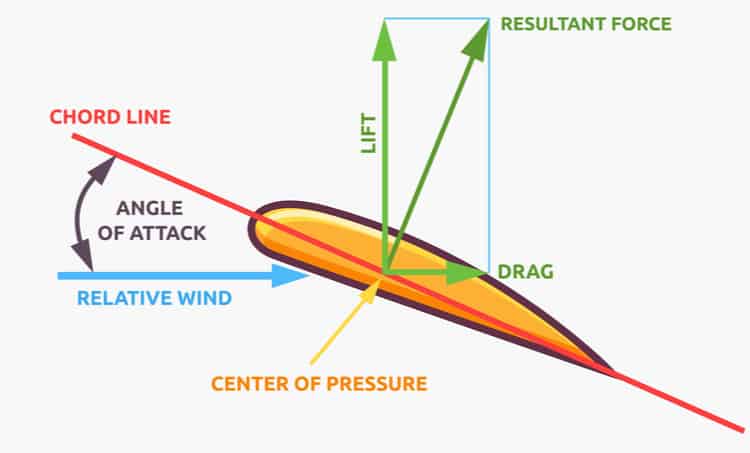 A typical airfoil is presented in the figure above with:

Chamber line: The line equidistant from the upper and lower surface of the airfoil.

Chord line:  The imaginary strength line that joins the leading line to the trailing line of the airfoil.

Angle of attack: The angle between the flow direction and the chord line. The larger the angle of attack, the greater the lift.

Airfoil selection is an important aspect of design in aerospace engineering. Understanding the characteristics of different airfoil sections is important to identify the lift and drag produced during flight. Between the basic airfoil designs: symmetric and cambered or asymmetric airfoil, designers must make a careful selection of design that enhances the flight characteristics for optimal aircraft performance. Below is a comparison between the two:

In aerospace analysis, flight characteristics examination is important at various speeds and flow regimes. CFD analysis facilitates the analysis of symmetrical airfoil for aerodynamical efficiency. Not only does it enable visualization of flow over the airfoil geometry, but it also captures the effect of a wide range of velocities and changes in pressures, enabling the calculation of lift and drag for optimal design selection. This is made easier with the simulation and meshing capabilities provided by a CFD solver.