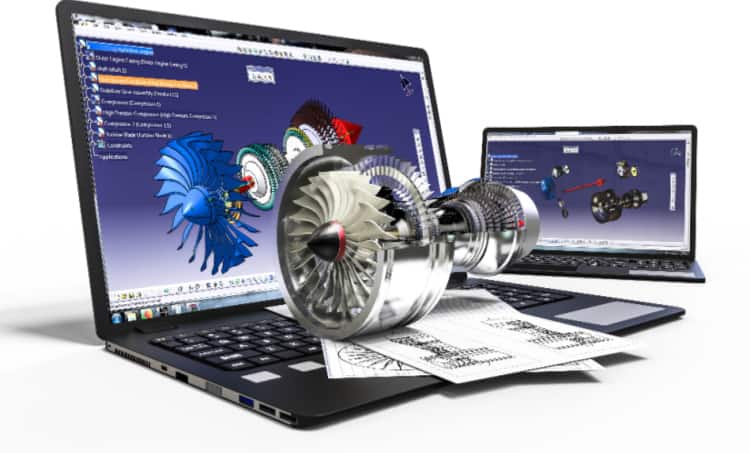 Aerodynamics is a broad field of engineering, focusing generally on the forces exerted on aircraft by flowing air as well as how these forces can be exploited to cause an aircraft to maintain flight. Aerodynamics engineers are normally associated with aircraft (planes, helicopters, drones, etc.), but they play an important role in just about any object moving through the air at high enough speeds to experience drag, such as automobiles and watercraft.

New engineers that want to get into the field might rightly wonder, what exactly do aerodynamics engineers do? Some duties and responsibilities may be quite different from what one expects, given the complexity of modern aircraft, automobiles, projectiles, and any other system that needs to fly through the air.

What Aerodynamics Engineers Do in Systems Design

Aerodynamics engineers are responsible for developing systems and components used primarily in aircraft, although they also work in the automotive or aerospace industries. The term “aircraft” is used loosely here; it could refer to planes, helicopters, missiles, drones, or any other projectile.

What’s the main tool aerodynamics engineers use for design evaluation and simulation? Aerodynamics engineers use CFD simulation software to build numerical models of their proposed designs, simulate airflow and forces acting on designed structures, analyze the results, and propose changes. Once systems go through testing, initial CFD results are used as a point of comparison with real system behavior, and both sets of data are used for more thorough analysis.

How Aerodynamics Engineers Use CFD Software

Just like any other field of engineering, aerodynamics engineers use plenty of software to design and evaluate the systems they build and test. Aerodynamics design software is essentially structural CAD software; aircraft body or wing designs are built in a CAD tool before being used in more complex analysis software, such as CFD simulation applications. CFD applications are the primary piece of software used to understand the flight behavior of aircraft using fluid dynamics simulations.

One important task involved in aerodynamics engineering is building meshes to capture air flow behavior along the body of a structure. The meshing algorithm and type of mesh are used to build a numerical model defining airflow along the structure, and this is used within a subsequent CFD simulation to calculate flow behavior. The meshing algorithm and mesh style will partially determine the computational complexity of the resulting simulation, and an aerodynamics engineer will need to use their experience to ensure their models can sufficiently balance required accuracy with computational complexity. 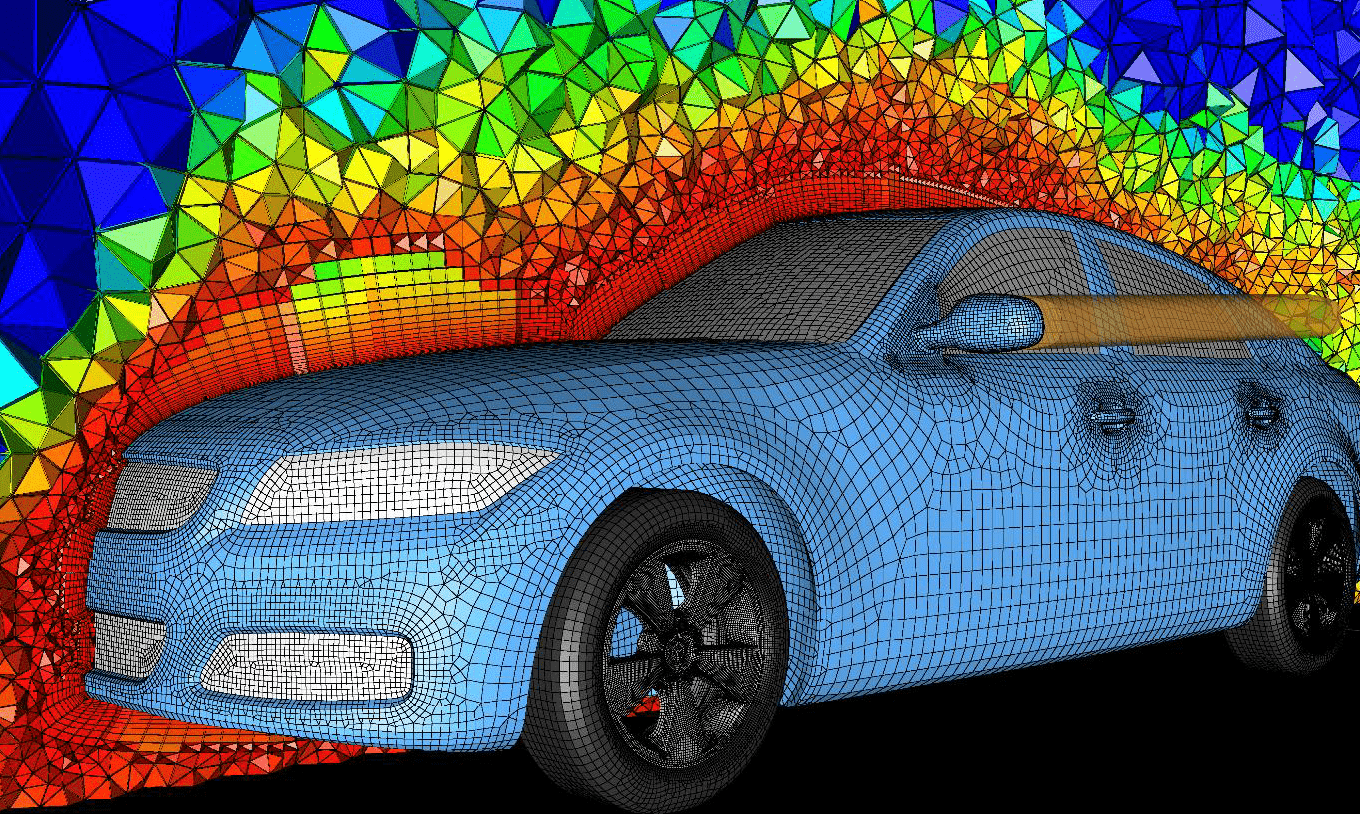 Mesh created for the body structure of an automobile

In evaluating a proposed design for an aircraft or other system, an aerodynamics engineer’s job is to create a mesh for the proposed system and solve the main fluid dynamics equations inside that given system. From these results, the engineer can perform some further analysis to fully evaluate system behavior. Specifically, the engineer needs to determine several important aspects of fluid flow and its interaction with a proposed system:

These values are often extracted as functions of craft velocity, airfoil attack angle, craft heading, and other flight parameters during flight. An example showing streamlines along the body of a moving truck is shown below; the transition to turbulence in certain areas of the structure is clearly seen.

Once a new system has been simulated and prototyped, it will also need to be tested, either in a live flight or in a wind tunnel. Airflow characteristics and the aerodynamic forces can be understood through measurements and compared with simulation results, just as one would do in other fields of engineering. By comparing simulation results and measurements, it’s possible to validate some of the assumptions used to build simulations as well as the choice of simulation model to evaluate a design. After evaluation, the design can be further refined by varying structural or material parameters in order to more closely reach performance requirements in the proposed design.

Aerodynamics engineers have a complex and interesting job, but they can’t perform their important work without CFD simulation applications. When you’re ready to create meshes from your design, use Fidelity Pointwise to generate accurate numerical models for CFD simulations. Cadence’s complete set of CFD simulation features can be used to implement aerodynamics simulations, turbulent and laminar flow simulations, reduced fluid flow models, and much more.