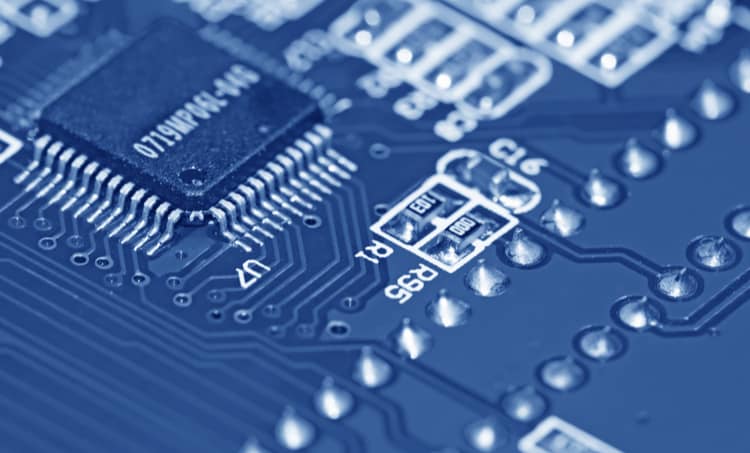 Density between traces in a PCB creates stray and parasitic capacitance

With both groups of engineers muddling terminology, new engineers might get confused when these terms are thrown around. If you’re a new designer, let us help clear up the difference between stray and parasitic capacitance.

There Is No Difference Between Stray and Parasitic Capacitance

These two terms refer to the same effect in an electronic system: the natural capacitance that exists between two conductors that are separated by free space or a dielectric. If you think back to your electromagnetism 101 class, you might remember those hypothetical problems where you need to calculate capacitance between two arbitrarily shaped conductors.

Any two conductors that are separated by a dielectric form a capacitor. It doesn’t matter if these conductors happen to be placed on a semiconductor wafer or if they are traces and planes on a PCB. If you look at certain components (such as coils) or the surface of a typical PCB, it’s easy to spot some pairs of conductors that will have some capacitance. 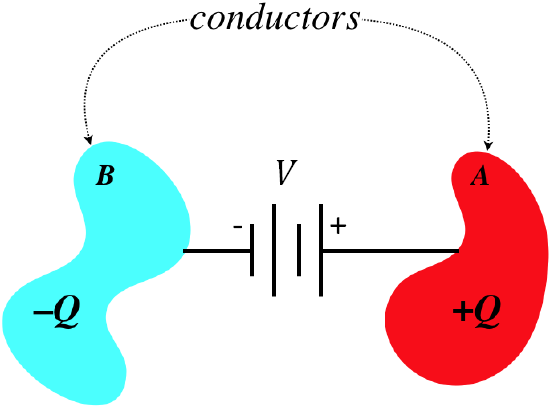 Two arbitrary conductors that are separated in space will balance each other with equal and opposite charges when brought up to some arbitrary potential, forming a capacitor

We can all this capacitance “stray capacitance” or “parasitic capacitance”, as there is no difference between these terms. Some designers prefer one term over the other, but they are both describing the same structural property of an electrical system. Although these two terms describe the same electrostatic effect, not all designers use them interchangeably. 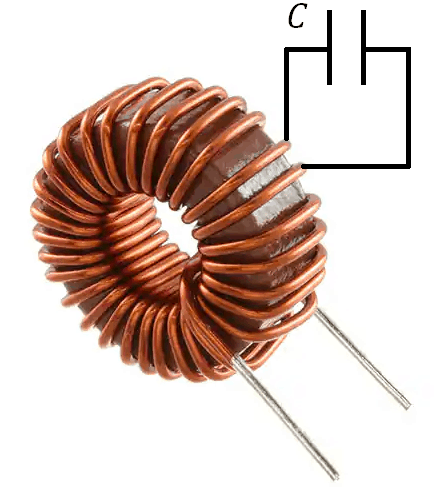 Similarly, on the input to an IC, there is some capacitance between the input lead and the internal ground plane on the semiconductor die. This is normally called “load capacitance” in a component datasheet, and this load capacitance will determine the rolloff and rise time in the voltage seen at the input buffer on the IC.

This term is often used to describe the unintended capacitance seen in a PCB layout, where the capacitance arises between planes, traces, vias, and other conductors that make up the circuit board. For example, when looking at the cross-section of an interconnect and its nearby plane layers, we can see some clear locations where parasitic capacitance arises, as shown below.

The Effects of Stray and Parasitic Capacitance

The main effect of stray and parasitic capacitance is to produce measurement errors in an interconnect, component, or other area of an electrical system. Measurement errors can occur through many different mechanisms, especially in complex systems like PCBs. Some of these effects include:

When you need to determine stray or parasitic capacitance in your PCB layout, you’ll get the most accurate results when you use PCB layout software with an integrated 3D field solver. These tools give you the ability to calculate parasitics in a complex, arbitrary structure like a PCB layout, integrated circuit layout, or other complex system. If you’re designing high-speed/high-frequency electronics, you’ll need to identify parasitics in your physical layout to ensure power and signal integrity. Cadence’s PCB design and analysis software can help you locate stray and parasitic capacitance in your design and experiment with ways to reduce parasitics in your PCB layout. When you use Cadence’s suite of design tools, you’ll have access to a range of simulation features you can use in PDN impedance analysis, giving you everything you need to evaluate your system’s functionality and ensure reliable signal integrity.