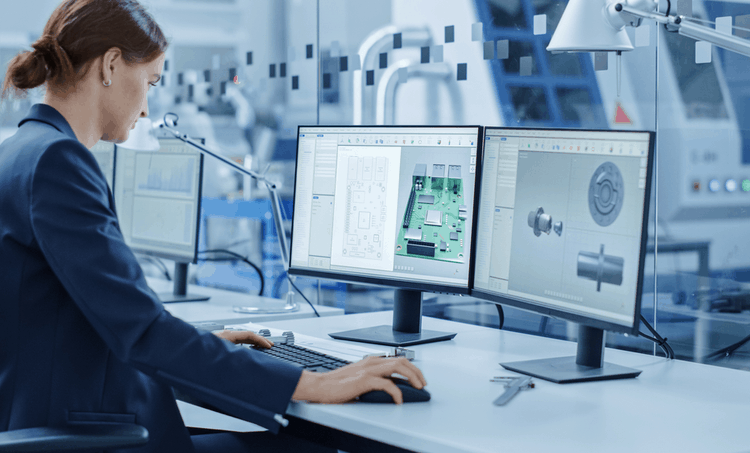 Numerical methods are not mandatory knowledge for every engineer, as they are mathematically deep topics. However, there is one important detail that engineers should understand when they build numerical simulations for systems they design: resolution and discretization. The discretization in any numerical model defines the resolution in the solution, which ultimately tells you the accuracy of the numerical approximation.

When you’re designing a numerical simulation to solve complex multiphysics problems in electronics design, the finite element discretization you choose also determines the total simulation time. There continues to be significant research into how best to balance simulation resolution, discretization style, and required computational power to minimize simulation time. If you’re unsure of the finite element discretization level you should use to ensure sufficiently high resolution for your application, just know that there is no “right” answer to this question. Instead, you’ll need to think about the highest spatial frequency you need to measure in various areas of your design when determining discretization style.

In any finite element simulation, the goal is to approximate the solution to a differential equation or system of differential equations (e.g., Navier-Stokes equations, Maxwell’s equations, multiphysics problems, etc.) as a set of discrete numerical values, each assigned to a specific set of spatial coordinates. FEM is used for steady-state boundary value problems, such as mechanical deformation, thermal equilibrium, or electrostatics. It can also be used for a PDE transformed from the frequency domain and into the spatial domain, as long as the frequency of interest is kept as a parameter.

Choosing a finite element discretization scheme is one of the key decisions that will determine the accuracy of the results from an FEM simulation. This is done by taking the region where the solution to the problem exists and dividing it into a collection of points that are linked along various directions, called a mesh. In 2D or 3D problems, this forms a surface with a set of discrete points, or a collection of points distributed in 3D, respectively. The PDE is then solved at each of these points by iterating the solution away from the boundary system boundary, where the boundary conditions are known in the problem. 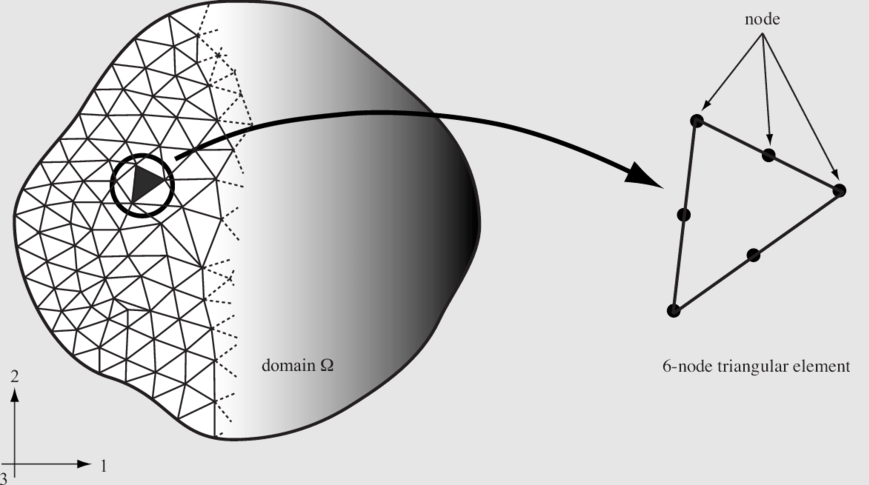 There are several algorithms that are used to generate meshes for a system with well-defined geometry. The standard mesh style is shown in the above image, where the system is defined using triangular (2D) or tetrahedral (3D) elements connected at various nodes in the system. Note that, even when a tetrahedral mesh style is enforced in a system, some structural elements may be easily approximated using a square or rectangular mesh. In a PCB layout, this is often applied to slots, as they have some level of rectangular symmetry.

What Determines the Mesh Resolution?

The real solution may not be properly approximated when the node distance is too large, i.e., there is insufficient resolution in the mesh. More nodes should be used to define the solution between these two points in space to capture all the variations in the above curve

As can be seen above, the resolution of the mesh is just the distance between two nodes. A conservative estimate is to set the mesh resolution to 10-20% of the smallest spatial wavelength you want to resolve in the solution. However, this is not a strict requirement, and different applications or structures may require different levels of resolution to provide the desired accuracy.

Adaptive Meshing Is the Best of Both Worlds

Today, field solver software vendors have largely settled on adaptive meshing as the easiest way to balance resolution, accuracy, and simulation time with an automated algorithm. An adaptive meshing algorithm applies fine discretization in areas of the system where structural variation is frequent, and very coarse discretization is applied elsewhere in the system, such as very far from the region of interest or in free space. As a result, the convergence time in a simulation can be minimized without violating resolution constraints. Methods for creating adaptive meshes that are tailored to specific structures in electronics packaging continue to be an interesting research topic. 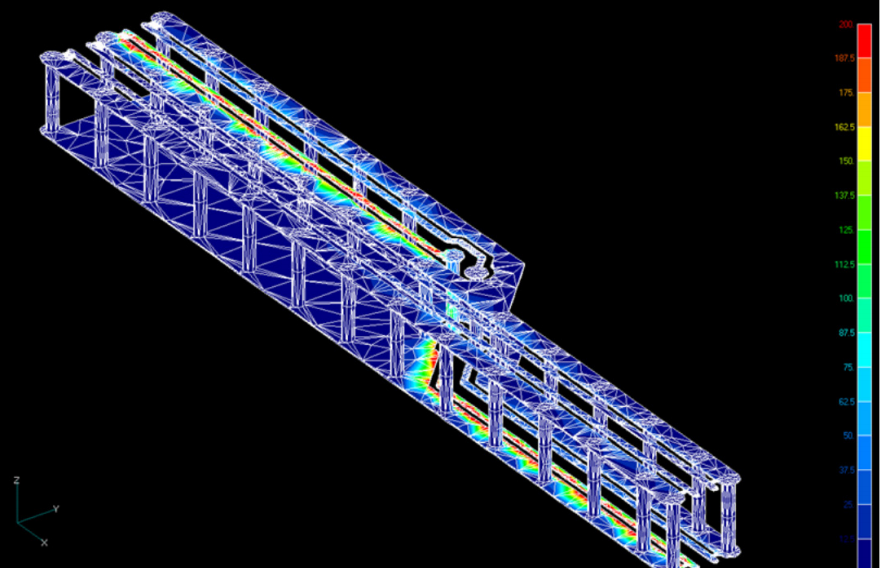 While typical FEM simulation tools force you to manually implement adaptive meshing, PCB layout software with integrated signal integrity tools and field solver applications can create an adaptive mesh automatically with an iterative algorithm. In general, the best practice is to set the finest discretization in regions with fine spatial variations or where causal errors in the calculated solution field are largest. By iterating through multiple meshes and only refining the mesh in error-prone areas, field solver results can be made more accurate and used for advanced calculations, such as transient analysis with an inverse Fourier transform or network parameter extraction as a function of space.

Cadence’s PCB design and analysis software includes the physical design, layout, and simulation features you need to design advanced electronics. From PCB layout software to multiphysics problems, everything you need to create and simulate electronics designs is available from Cadence. Users also have access to a range of simulation features that automatically apply finite element discretization schemes, giving you everything you need to run FEM simulations for your system.