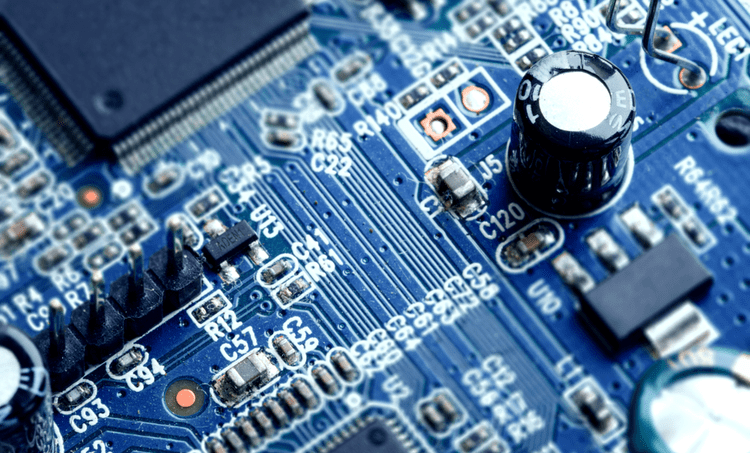 Achieving electromagnetic compatibility (EMC) is a serious concern to designers of mixed-signal PCBs. When analog and digital signals co-exist in a PCB without isolation, there is a fair chance that they will get mixed up and cause crosstalk and electromagnetic interference. For example, digital logic ground currents are capable of contaminating low-level analog signals on a mixed-signal PCB. This can result in errors in feedback loops, glitches in the control system, and harmonics in the output waveforms. In these cases, the electromagnetic compatibility of the mixed-signal PCB is compromised and leads to the poor performance of the product. Proper partitioning and a thoughtful layout keep digital and analog signals isolated and prevent them from interfering with each other, greatly reducing crosstalk.

While partitioning and laying out mixed-signal PCBs, two rules must be followed:

These two rules are considered the basic foundation of partitioning and designing a layout for mixed-signal PCBs.  Read on for further analysis of these two golden rules.

The Need For Local and Compact Current Paths

Every signal that flows in a PCB trace returns to the source via the ground plane. The signal trace and return trace form a current loop in the PCB. As per the first rule given above, the return traces should be laid so that they are adjacent to the source and form the smallest loop area.

Why Is This Arrangement Recommended and How Can It Reduce EMI?

The Need For a Single Reference Ground Plane

Splitting the ground plane is one method of isolating digital and analog grounds. In this method, there is a split between the ground planes, and it is not possible to route the traces over the split. In such split ground PCBs, the two ground planes are connected only at the power supply, creating a large current loop which is not good for an EMI-friendly PCB design. In addition to this, the analog and digital ground planes are at different potentials and the long wires laid on these planes create a real-world dipole antenna emitting electromagnetic radiations.

Considering all these factors, it is ideal to partition mixed-signal PCBs. The partitioning keeps the reference ground plane common. The analog signals are routed in the analog section and digital signals in the digital section, and thus, the signals remain in their proper sections.