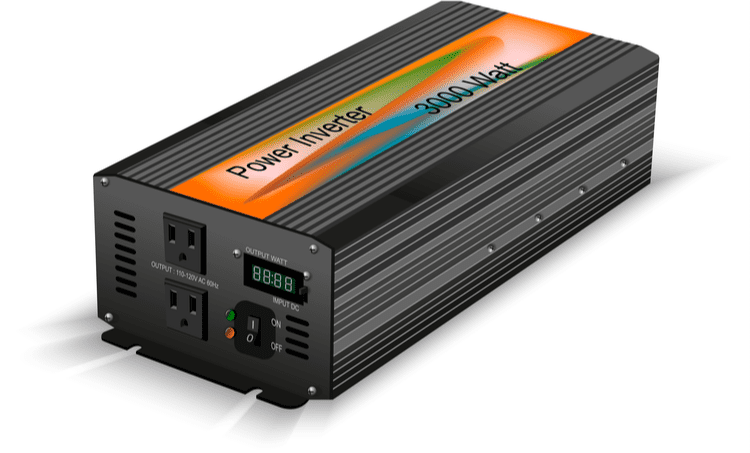 Inverters are circuits used for converting DC input power into AC output power. Inverters find application in battery-powered systems, renewable energy systems, uninterruptible power supplies, motor drives, etc. The inverter is a power electronic converter that is controlled so that the input DC is converted into an alternating voltage of the required magnitude and frequency.

Since they utilize switching devices, inverters are the main sources of EMI wherever they are employed, and figuring out how to reduce electromagnetic interference in inverters is a big problem faced by engineers working on industrial systems. In this article, we will discuss how inverters generate EMI and the soft-switching method that can be used to mitigate this.

The input to an inverter can be a battery, PV module, fuel cell, or any DC source. By properly controlling switching devices such as BJTs, MOSFETs, or IGBTs, the alternating voltage of the required magnitude and frequency is obtained at the output end. According to the frequency at which switching devices are turned on and turned off (switching frequency), the output voltage will be closer to the sinusoidal wave.

Usually, the pulse width modulation (PWM) scheme is used to control the turn-on and turn-off of the switches in inverters. Higher switching frequencies reduce the harmonic content, or THD, in the output voltage and supply a sinusoidal waveform to the connected load. However, the process of reducing THD by choosing high switching frequency results in the generation of electromagnetic interference in the inverter.

EMI From the Hard Switching of Inverters

With hard switching operations, large dv/dt and di/dt are experienced by the power switches, leading to the generation of EMI. The EMI generated by inverter operations can either mis-trigger their own control circuit or can interfere with circuits nearby. That is why it is important to reduce the EMI associated with hard switched PWM inverters.

How to Reduce Electromagnetic Interference in Inverters

Figuring out how to reduce electromagnetic interference in inverters is something that designers must devote considerable attention to. There are various techniques to choose from; EMI filters are one such method, generally used in the input side as well as the output side of inverters to reduce EMI.

There are various types of EMI filters, including common mode EMI filters and differential EMI filters, used to minimize the effects of EMI from inverters to the DC side and AC side. However, even if they reduce the EMI, hard-switching continues to generate  EMI. That is why soft-switching is used as a switching technique to reduce EMI generation.

When the power switch in an inverter changes its switching state (turn-on to turn-off or vice-versa) when the voltage across it and/or the current through it is zero, then such inverters are soft-switched inverters. The soft-switching of inverters not only reduces EMI, but also alleviates switching stress and switching power losses.

With the introduction of soft-switching, figuring out how to reduce electromagnetic interference in inverters is not so challenging. Cadence offers a suite of PCB design and analysis tools that are useful when designing resonant inverters.