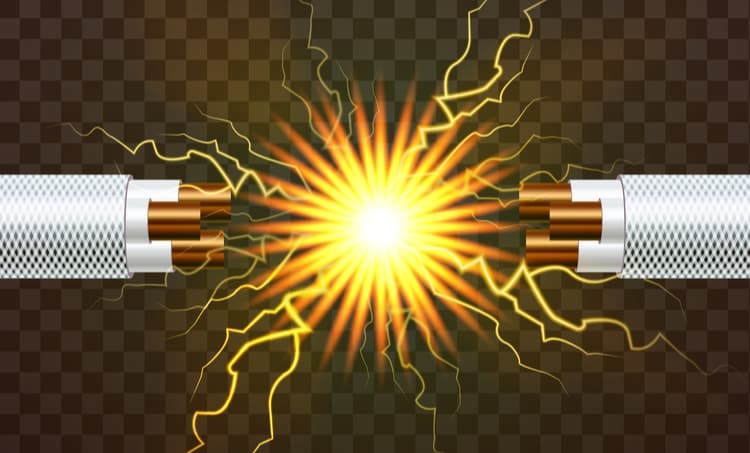 In product development, adhering to EMC standards is an important criterion for achieving electromagnetic compatibility. These standards vary with geographical area and are typically industry-specific. To remain competitive in the international market and increase device reliability, products undergo EMC immunity testing to ensure they are meeting their required EMC standards.

EMC immunity testing measures the capability of a device to withstand different types of electromagnetic phenomena, including continuous wave phenomena or short burst phenomena. Electrical fast transient testing, otherwise called the EMC burst test, is a type of EMC immunity test that is conducted to measure the device’s capability to withstand the transient phenomenon of the electrical burst. During this test, the device is subjected to short bursts phenomena.

Let’s take a closer look at this type of test and why it is so critical to ensuring device reliability.

Electrical fast transients (EFTs), also known as electrical bursts (EFT/Bs), are the type of disturbances caused by quick, high-frequency pulses. These types of disturbances are common in the power grid and affect the devices connected to it.

Common causes of electrical bursts in power grids are:

How Are Electrical Bursts Harmful?

Electrical bursts have the potential to affect the following systems and devices:

Because electrical bursts are so harmful, they have a dedicated EMC standard that engineers use to test the device’s ability to withstand burst events—the IEC 61000-4-4.

IEC 61000-4-4 is the EMC standard that describes high-frequency conducted disturbances. This standard is followed while conducting surge immunity testing, ESD testing, or EMC burst testing. The device under test is subjected to the transient electromagnetic phenomenon of electrical bursts with amplitude, pulse duration, and rise time as per the definition given in IEC 61000-4-4. The highest interference or noise that the device under test withstands during the EMC burst test shows its immunity for fast transient electromagnetic phenomena.

What Happens During the EMC Burst Test?

The EMC burst test, or EFT testing, simulates the high-frequency disturbances experienced by loads connected to power grids. EFT testing replicates short burst disturbances caused by inductive switching on the power grid. The test voltage is created such that it produces the transient effect caused by contactor openings, motors, relays, power factor equipment, etc. on the device under test.

The EMC burst test is conducted for both power ports and control or signal ports in electronic devices. The test involves the injection of electrical bursts into the power line where the device under test is connected. Injecting electrical bursts into the control signals and earth connections helps engineers determine the EFT immunity of these lines. It is important to note that the device under test is injected with both positive and negative bursts during the EMC burst test.

The EFT test waveform that is defined by the IEC 61000-4-4 standard has a high amplitude of 500 to 4kV with short rise time, low energy content, and high frequency. Generally, in the EMC burst test, the burst voltage of 75 pulses is repeated every 300 milliseconds for a duration of 1 minute to check the burst immunity of the device under test.