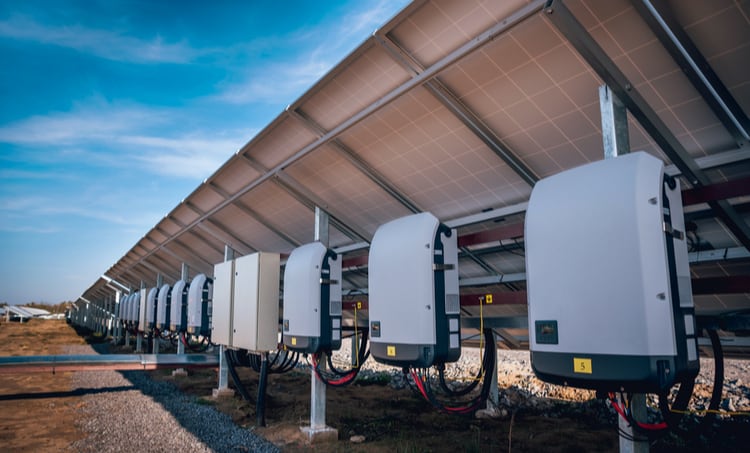 Inverters are significant in industrial systems, as they are used for feeding AC loads

Inverters are significant in industrial systems, as they are used for feeding AC loads. Depending on the type, the input voltage requirements of AC loads may be constant AC voltage or adjustable AC voltage. To satisfy AC load input requirements, inverters are controlled so that they supply the voltage in the desired magnitude, phase, and frequency.

The inverter output voltage can be controlled in various ways. Modulation is an internal method of controlling an inverter to generate the desired voltage waveform. Compared to other methods of inverter control, modulation requires no additional components. Let’s explore the different types of modulation used to control inverters.

The methods to control the output voltage of an inverter can be external or internal, and includes the following:

In this inverter control, the inverter output AC voltage is converted into the required specification using peripheral components. The external control of inverter output voltage can use either:

Series-inverter control - Inverters are connected in series using transformers to achieve the voltage specification of the AC loads.

Internal Control of the Inverter

The aforementioned methods of inverter control require additional components to generate output voltage or the desired magnitude, phase, and frequency. Modulation involves adjusting the on and off duration of inverter switches under constant input DC voltage to achieve controlled inverter output voltage. In modulated inverters, a control signal is compared with a repetitive switching frequency waveform to generate switching pulses. The duration of the switching pulses controls the turn-on and turn-off of the inverter switches, thus the output AC voltage is controlled.

Next, we will look at the types of modulation used in inverters.

PWM inverters eliminate lower order harmonics and decrease the THD content in the output AC voltage. They also minimize filter requirements. The types of modulation commonly used in inverters are:

The type of modulation used in an inverter impacts the THD content and filter requirements, which is why it is so critical to select a suitable technique according to the voltage specification of the AC loads. Luckily, Cadence software can help when designing inverters and their control circuits.