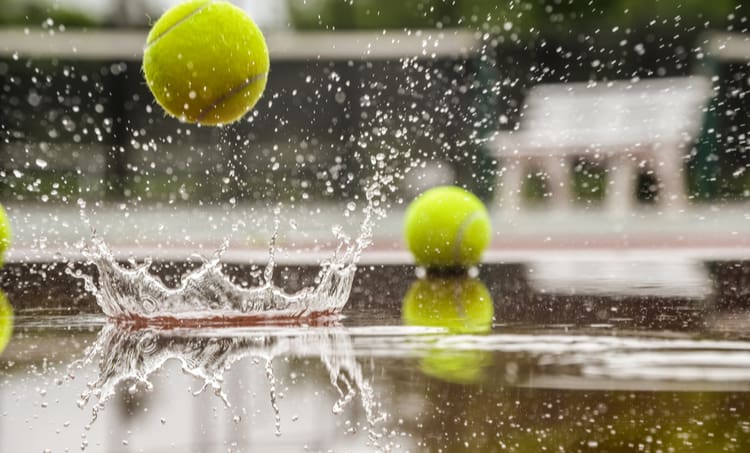 Simultaneous switching output (SSO) noise creates a ripple effect felt in other areas of your PCB.

Every trace and IC in your PCB is susceptible to a variety of noise from external sources, but perhaps the most maddening noise sources appear within an IC. ICs that run at low levels produce noise on the output from a variety of inherent physical mechanisms, even if they run at low speed. When an IC runs at high speed and at moderate level, one annoying form of noise is seen during switching and arises due to parasitics in the PCB package.

Simultaneous switching output (SSO) noise, oftentimes known as ground bounce even though a single output can cause ground bounce, produces an unwanted oscillation on the output of an IC, which can translate into higher bit error rate (BER) at the receiver. This statement is more accurate for serial links. SSO is most often associated with DDR interfaces and usually causes timing errors related  to setup/hold time violations. More modern DDR interfaces such as LPDDR4 and DDR5 do use BER.

This source of noise arises from unintended parasitics in the PCB layout and the structure of the IC. There are some simple guidelines to help reduce this noise source and ensure a signal is not misinterpreted at the receiver. When you fully understand the causes of ground bounce, it becomes easier to see why these PCB layout solutions work.

The Cause of SSO Noise

Every IC contains banks of input and output pins, and connections between necessary pins need to be routed across a PCB to form interconnects. The IC and PCB both contain parasitics due to their layout and construction, and these factors combine to produce SSO noise when an output CMOS buffer switches. When the gate regions in the CMOS buffer switch states (output goes from HIGH to LOW), a strong burst of current flows through the IC die and into the ground plane. 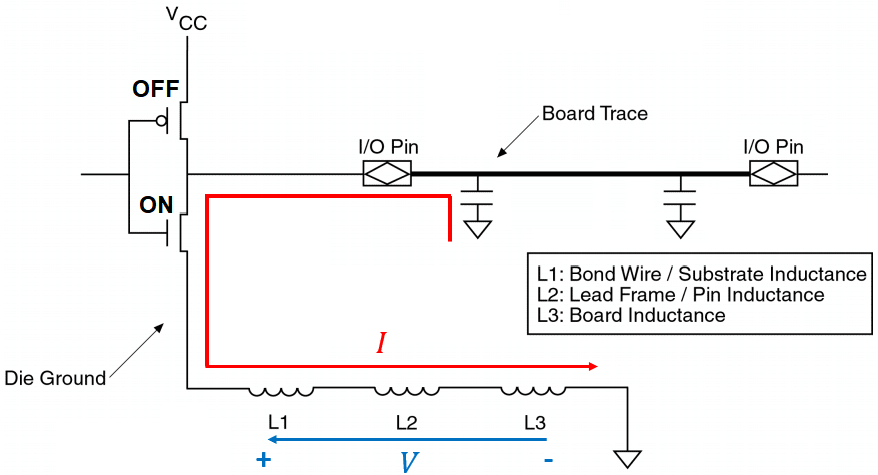 Circuit schematic showing how SSO noise arises due to parasitic capacitance in the I/O pins and parasitic inductance in the bond wire, lead frame, via, and the PCB ground plane.

When these parasitics are combined with the on-state resistance of the bottom NMOS transistor, an RLC circuit is formed, which can exhibit an underdamped oscillation. This underdamped oscillation circulates from the signal ground pin and through the die ground/PCB ground. This oscillation modulates the LOW state voltage as measured with respect to the ground plane.

In effect, the ground plane potential has been momentarily increased due to switching as measured against the I/O pin, and the fluctuation falls back to zero with underdamped response. This oscillation due to ground bounce only appears on the HIGH to LOW transition in a switching CMOS buffer.

A single CMOS buffer switching with ~10 ns rise time with 50 mA output and ~10 nH total parasitic inductance will only exhibit ~50 mV peak ground bounce. For 3V3 and 1V8 components, this is completely tolerable; a single CMOS buffer will still output a sufficiently stable digital signal while staying within the receiver’s noise margin. For a slow protocol like SPI (300 ns rise time), ground bounce is totally unnoticeable.

The problem comes from working high gate count chips. When one I/O switches from HIGH to LOW, the ground potential rise is superimposed on all other outputs that share the same ground reference in the IC. When more I/O buffers switch simultaneously, the total shift in the ground potential is larger.

This situation is shown below for an arrangement of four buffer circuits. At a specific clock instance, the bottom-right buffer is switching from LOW to HIGH, while the other buffers are simultaneously switching from HIGH to LOW. When this happens, the three HIGH-to-LOW switching buffers shift the ground plane potential, which induces simultaneous noise on the output of the LOW-to-HIGH switching buffer. For the LOW-to-HIGH buffer, SSO noise is now seen on the rising edge because the remaining buffers in this arrangement are making a HIGH-to-LOW transition. 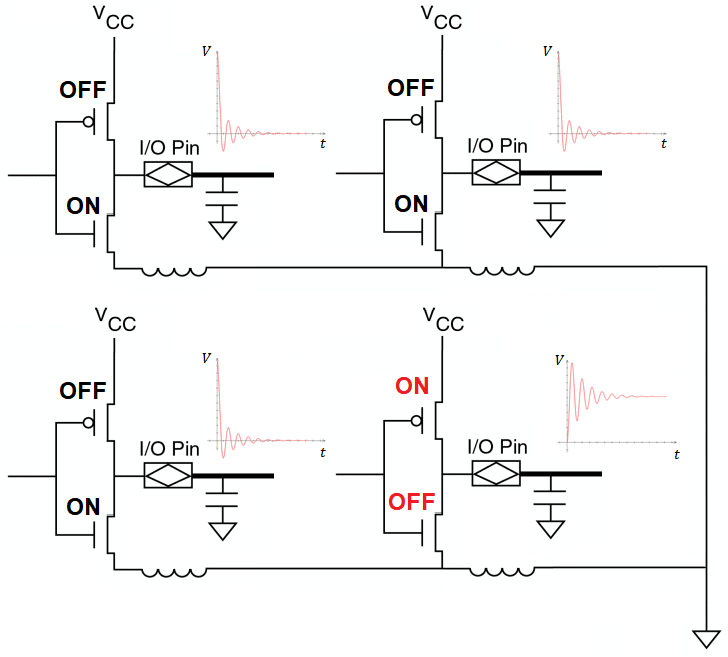 The causes of SSO noise in a PCB are related to parasitic inductance in the IC/PCB and the total resistance present in the current loop shown in the above figure. The principle methods for reducing SSO noise are as follows:

Note that power bus ringing or droop and SSO noise can both occur in a PCB layout, and it is not so easy to distinguish these when they occur simultaneously. These two effects will always occur in your PCB, but your goal as a designer is to ensure they are minimized so that they will not cause signal integrity problems for your components. Just like designing for low SSO noise, the parasitics in a PDN also need to be tailored, albeit to produce ultra-low impedance on the PDN.

Integrated simulation tools can help you analyze your circuit designs and your PCB layout to prevent SSO noise. Power integrity and signal integrity are disturbances that will continue to confound and effect designs, ensuring that you have the capacities and tools to simulate, analyze, and model appropriately will give you the necessary step-up in moving forward.