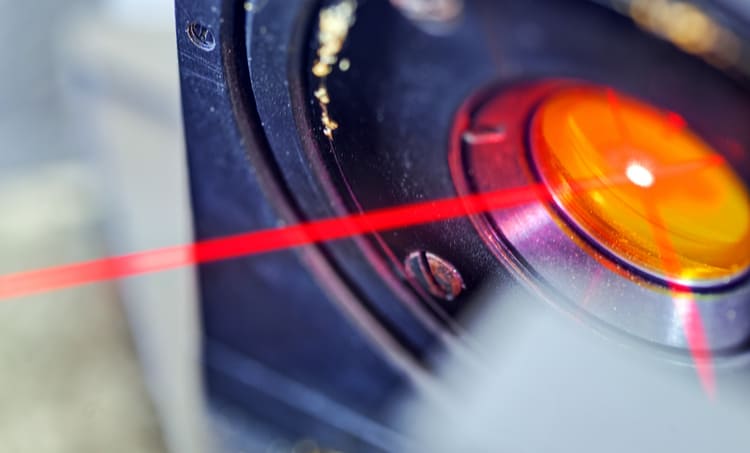 This red laser beam can be produced from a different frequency using an optical parametric amplifier.

Nearly 70 years ago when the first laser was invented, no one knew what they would do with the technology or how it would transform optics. The first laser actually operated at microwave frequencies (called a maser) in order to provide strong amplification for S-band radar signals from satellites and space probes. Fast forward to today, and you wouldn’t be able to read this article without lasers. Today, nonlinear optical materials are used with coherent light sources like lasers to produce a range of possible wavelengths for different applications.

Upcoming technologies like photonic circuits and quantum computing rely on highly coherent light sources operating at a range of wavelengths. Although the number of materials that can be used for nanoscale lasers has grown over the past decade, an optical parametric oscillator and/or optical parametric amplifier provides one way to generate a range of possible wavelengths for these applications.

How an Optical Parametric Amplifier Works

The dielectric constant of any material is related to its polarizability (χ), which defines how bound charges are displaced in a medium in the presence of an electric field. This, in turn, defines the behavior of light in linear and nonlinear dielectrics (we’ve assumed linear magnetic behavior for the moment). This includes things in a typical IC or PCB like dispersion and losses on transmission lines.

In a nonlinear dielectric, χ is a tensor, and the polarization induced in a medium (P) is equal to the following tensor product with the electric field:

The 2nd order nonlinearity produces a cross term in this tensor product.

A related process in 2nd order optical materials is spontaneous parametric down conversion, which simply omits the use of an input signal wave. Although this is a very inefficient process, it also provides a source of entangled photons, and it is a popular optical method used for generating entangled particles in quantum computing.

At the output of a parametric amplifier, some filtration (e.g., bandpass filtration for RF parametric amplifiers) can be used to select out the idler from the pump and signal waves. The same process is used on the output from an optical parametric amplifier, although the mechanism is different. In the optical version, one could take advantage of birefringence to filter out the pump and signal from the idler due to their different propagation and polarization directions. Another option is to simply use low and high cut filter glass plates. This may be fine on an optical table, but more sophisticated methods are needed once these systems are scaled down to the chip level.

This ability to selectively generate, attenuate, and amplify optical signals based simply on applying a phase delay is central in optical signal processing systems, which will eventually be placed on integrated circuits. The architecture for these systems is still being standardized and perfected for different applications, including general-purpose computing and quantum computing. A variety of materials have been proven as appropriate platforms for these technologies. 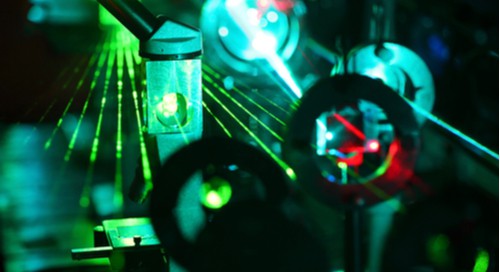 Photonic integrated circuits aim to reduce this optical platform down to the chip level while integrating multiple systems on a single die.

Perhaps the most challenging material platform to work with in photonic circuits is silicon (Si) as it is an indirect bandgap semiconductor. However, optical parametric amplifiers have been built on hydrogenated amorphous Si and nano-Si waveguides, although it remains to be seen if the former can be implemented in the existing CMOS process.

How these amplifier platforms can be implemented alongside other important photonic circuit elements on a single material platform remains to be seen. III-V semiconductors, II-VI semiconductors, SiGe, and SiC are other candidate materials for photonic integrated circuits that use optical parametric amplifiers.

Choosing materials for your photonics circuits is going to be a difficult analysis or simulation. The nuances between waveguides here really leave plenty of room for both potential exploration and innovation, as well as error. So what can you do to mitigate risk and persevere into optimizing new technologies?

No matter what type of amplifier or oscillator you want to create, you can use the world-class circuit modeling tools and IC design programs. Once you’re ready to create a model for your system, modeling applications should give you a complete design, simulation, and evaluation platform.