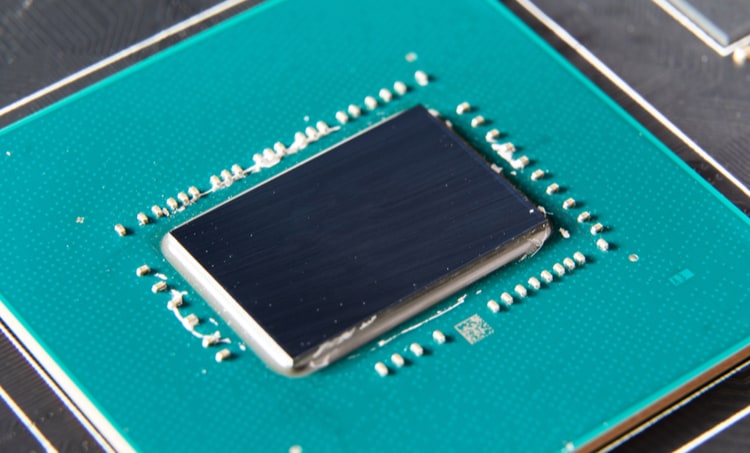 This silicon die for a GPU hides tiny transistors made from FinFET technology.

As transistors have continued to scale downwards, FinFETs have proven their worth in advanced microprocessors. The CMOS process currently dominates in PLDs and has helped ensure these devices use less power than they did in decades past. Advanced technology in development will continue to be computationally intensive, and CMOS FinFETs are likely to remain the primary transistor architecture for these advanced applications.

FinFET technology was introduced after a gradual transition from planar architecture to a vertically-oriented gate architecture. Although MOSFETs were originally introduced in 1960, a double-gate thin-film transistor was patented in 1980, where the channel in a FET is contacted on each side by a double-gate electrode structure. The double-gate structure later evolved into a nonplanar multi-gate structure and, ultimately, into the FinFET structure used in modern technology nodes. The first commercially available products to use FinFETs were manufactured by Intel at the 22 nm node.

Structure of a FinFET transistor.

Today, modern microprocessors, GPUs, and other high-density processors use FinFET technology as the fundamental transistor architecture. In this structure, the gate electrode can be made from polysilicon or a metal alloy, and there is a thin insulator between the channel region and the gate electrode. This was traditionally an oxide layer (e.g., in MOSFETs), although high-k dielectrics are now being used to combat short-channel effects. FinFETs can also be formed with multiple fins placed in parallel, which gives larger gain with similar control over short-channel effects.

This need to combat short-channel effects—where excessive leakage current passes between the source and drain regions when the channel size is small—underlies the motivation for using FinFETs in modern microprocessors.

Like any other area of electronics, there are different varieties of FinFETs, each with their own advantages. In the structure shown above, the source, gate, and drain can sit on an insulating layer (silicon on insulator, or SOI) or on bare silicon (bulk). SOI provides self-alignment during growth and strong isolation between neighboring FinFET structures. Both SOI and bulk FinFETs can use metal or polysilicon gates.

There are many reasons the industry has transitioned from 2D planar transistor architecture to other styles of transistors (including 3D FinFET transistors)—all of which center around controlling leakage current. As transistors have scaled smaller, electrons have a higher probability of passing between the source and drain regions due to quantum tunneling. This leads to higher leakage current when a source-drain voltage is applied, even if the gate is turned off.

The wrap-around structure of a FinFET gives designers more control over leakage current in the following ways:

In addition to these basic advantages, the geometry of a FinFET can be used to tune short channel effects (e.g., triangular or curved fins). This leads to future variations on FinFET technology, where the channel region is lifted off the substrate altogether.

Beyond FinFET and Below 5 nm

The natural next step to continue scaling transistors, especially below 5 nm, is to continue wrapping the gate around the fourth side of the channel region. This structure is called gate-all-around FET (GAAFET). Some possibilities include growing nanosheets or nanowires from silicon or III-V materials and using the structure as the channel region. Other possibilities include using alternative materials (e.g., graphene) in the standard FinFET structure. No matter what architecture is used, designers will need the right tools to design, model, and integrate their FinFET circuits into larger systems.

Over time, the progression of transistor architecture has gone from planar to transistors to FinFET technology. To continue taking control of short-channel effects, GAAFET structures may aid continued scaling.