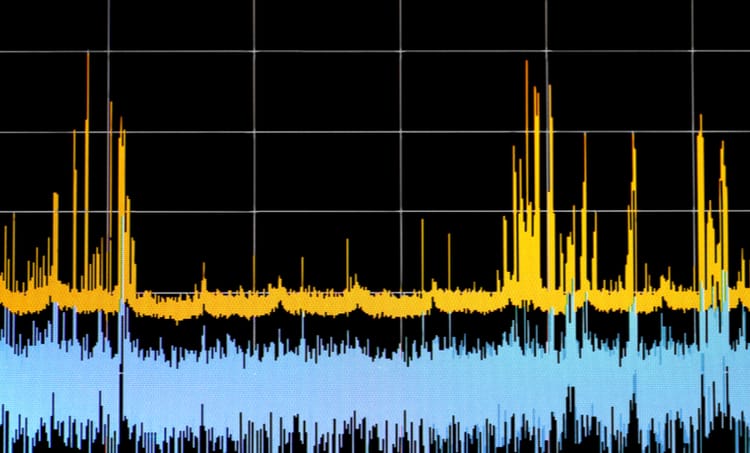 If you want to analyze the noise present in an audio amplifier circuit, you will need to choose the appropriate analysis method. When choosing an analysis method, keep in mind that noise signals are random and stochastic in nature. Therefore, FFT analysis should be removed from the list of frequency-domain analysis as it is more an algorithm for converting between time and frequency domains. For noise analysis, power spectral analysis is often the best option. Power spectral analysis plots the noise powers against frequencies, making it easy to understand power-frequency relationships at a glance.

The infinite signal energy associated with the stochastic process limits FFT on stochastic signals. If your objective is to find the amplitude and frequency data of two random signals combined, then spectral density is the right option.

The relationship between two time-domain signals can be expressed in frequency-domain using CPSD. It is best to calculate the effect of noise in electronics and communication systems. The effect of thermal noise, shot noise, white noise, and flicker noise in circuits can be analyzed using spectral densities. CPSD spectrum is an inevitable part of direct digital and analog signal analysis. The reliability of the cross-spectrum is accepted in signal processing systems. The CPSD estimation method is used in RF and microwave circuits to identify the phase noise and amplitude noise.

Cross-correlation function Rxy❲τ❳is a function that defines the relationship between two random signals. We can mathematically express Rxy❲τ❳as:

The CPSD, Sxy❲f❳is the Fourier Transform of the cross-correlation function and is given as:

The CPSD is complex in nature and contains both real and imaginary parts. This is due to the asymmetry associated with the cross-correlation function. If cross-spectrum  is represented as a complex function, then:

The magnitude of the cross power density can be given by:

The cospectrum and quad spectrum obeys the following two equations:

The last two equations show the changes in the cospectrum and quad spectrum when the order of signals considered is reversed.

The CPSD of two signals are not equal when the order of signals considered is reversed. The following equation depicts the relationship:

Whether a mechanical, electrical, or information system, noise is inherent. Magnitude squared coherence, or simply coherence functionCxy❲f❳, is a measure to estimate how one signal corresponds to another at each frequency. It can otherwise be called normalized cross power spectral density, and can be expressed as:

A practical application of CPSD analysis and coherence function is in the Electrocardiograph ❲ECG❳, which plots heart signals by placing electrodes over the chest.

You want to design a filter in such a way that the input signal x❲t❳to the filter should give the output signal y❲t❳. Here the input and output signals are known, and our task is to design the filter and find out the filter impulse transfer function, h❲t❳. We’ll go for optimal infinite smoothing filter design where the mean squared error is minimum. In this case, the cross-correlation function can be derived as follows:

Applying the Fourier convolution theorem to the above equation, it then becomes:

Since we are clear about the input signal and the expected output signal, there shouldn’t be much confusion in finding the CPSD Sxy❲f❳and PSD Sy❲f❳ of output signal y❲t❳.

Rearranging the above equation, the transfer function of the infinite smoothing filter can be obtained with the following equation:

The infinite smoothing filter design can be decoded easily with the use of CPSD. Likewise, the same can be applied to design other filters such as band-pass filter, band-limit filters, etc.

The skill of an engineer lies in the methods they choose to solve complex problems. With noise signals, FFT analysis has to be considered greatly, though it is particularly necessary in time conversions,  due to its non-deterministic behavior it can also prove unreliable. For such signals, CPSD analysis offers better spectral estimation and frequency resolution. When you are dealing with noise modeling, de-noising, or filter design, make sure to use CPSD analysis.