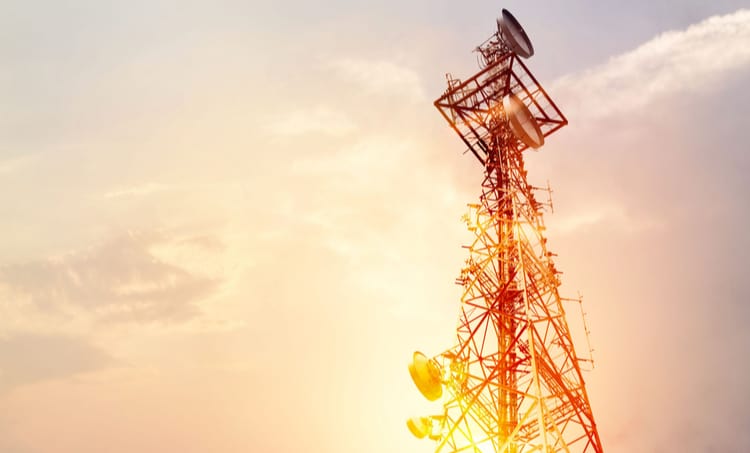 Antennas are vital to telecommunication systems, as they provide for the transmission and reception of signals. The signal power, height, and aperture of the antenna influence antenna performance. The Friis transmission equation quantifies the power received at the receiving end of the antenna and power loss.

The receiving end power calculation can be calculated with the Friis transmission equation, provided the transmitted power density and the effective aperture of the receiving antenna are known. The application of the Friis transmission equation is found effective especially in satellite communications and systems where minimum reflections are required.

The Friis transmission equation is named after Harald T Friis, a pioneer in the field of radio receivers and antennas. His work in Bell laboratories was mainly on radio propagation, microwave systems, and antennas. He introduced an analytical equation for calculating the transmission loss, shown below.

is the wavelength of the signal.

The original Friis equation is modified with the gains of the antenna, and is considered to be the fundamental equation in antenna theory. Today, the Friis transmission equation is widely used and most commonly seen in the following form:

where Gt and Gr gives the gains of transmission and receiving end antennas. This equation gives the influence of the transmission loss, antenna gains, and wavelength on the transmitted and received powers. In the original Friis equation, there is no numerical co-efficient present, and this was cited as one of the advantages of the original equation. However, the modified equation contains the gains of antennas at both ends.

The Friis Equation and Its Frequency Dependency

As we know, all electromagnetic waves obey the following equation:

Where  c  is the speed of the electromagnetic wave, which is equal to 3x108 m/sec, and f is the frequency of the wave.

Rearranging the above equation for

and substituting in equation 2, we can obtain the relationship between power available at the receiving end antenna:

The power received at receiving-end antenna Prand frequency f share an inverse proportionality. At lower frequencies or at longer wavelengths, Pr is more comparable to higher frequencies. If you are transmitting a known amount of power Pt at frequencies f1 and f2, such that f1＞ f2 and Pr1and Pr2 are the power available at a receiving end antenna of gain G at these frequencies respectively, then Pr2＞ Pr1.

The power loss in the telecommunication system is given as system loss, Ls, expressed in dB. It is the difference between the transmitted power, Pt , and received power, Pr.

The high system loss associated with high-frequency signals calls for point-to-point communication, where the transmission and receiving end antennas are placed in the vicinity. For mobile phone communication, service providers stick to lower frequency, which improves their service and reachability. However, low-frequency communication can be a challenge, since the mobile phone manufacturing industry must design antennas for longer wavelengths.

Free Space Path Loss ❲FSPL❳ is another loss present in the radio frequency communication system, represented by the following equation:

The reciprocal of the same FSPL is present in the Friis transmission equation, shown in equation 4. The path loss takes a good share of the transmitted power at higher frequencies and causes a reduction in the receiving-end power. FSPL also increases as the distance between the two antennas increases.

Generalizing the Friis Transmission Equation Based on the Polarization of Antennas

There will be no reception, in case the receiving end antenna polarization is different from that of the transmitting end. If there exists any difference in the angle of rotation of the two antennas of the same polarization, then reception is possible with power loss. This kind of polarization mismatch is represented by a factor called Polarization Loss Factor ❲PLF❳. Considering the polarization mismatch in antennas, the Friis equation shown in equation 4 can be revised and generalized to:

If you are working on free-space RF communication links and looking to find a suitable antenna to receive signals, then the Friis transmission equation can assist your antenna selection. The application of the Friis equation in determining the gains of any one of the two antennas has been found to be very effective. In antenna-to-antenna communication, there is no design of antennas possible without using the Friis transmission equation.