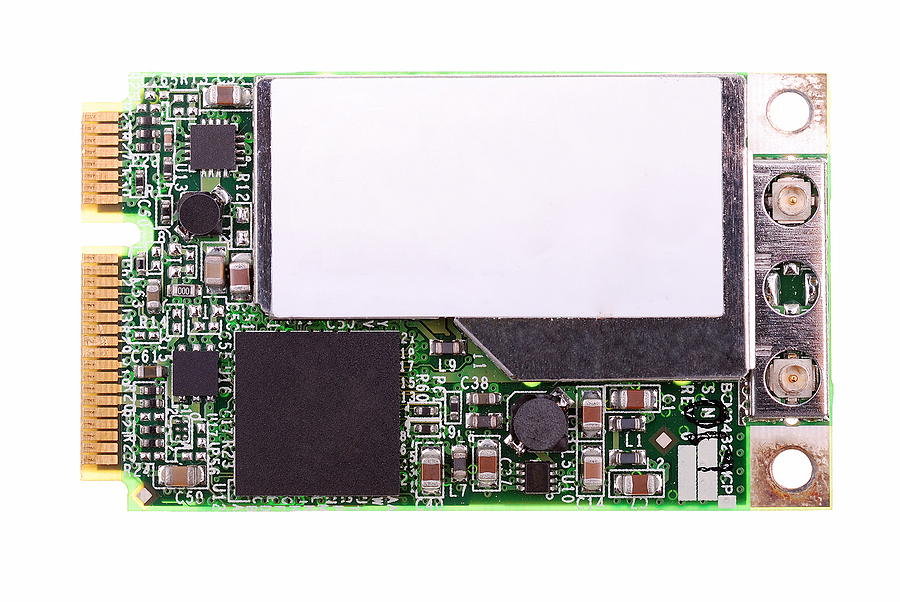 The WiFi module in the above image interfaces with an antenna that will broadcast data streams to multiple users. To get data from the WiFi module to users, the obvious piece of equipment needed is an antenna, or an antenna array in newer systems. Antenna design involves multiple compliance tests and simulations, and one of the main metrics used to evaluate antennas is gain.

All antennas are intended to broadcast a modulated electromagnetic signal within some defined bandwidth. The electromagnetic power radiated from an antenna is not always isotropic (uniformly distributed in space). Instead, if we look in a polar coordinate system, the radiation pattern around an antenna can be somewhat focused along specific directions. When working with antenna arrays, the radiation pattern can be very tightly focused. The level of focusing is known as antenna gain.

The antenna gain can be calculated using two quantities:

The antenna gain is just the product of these: G = ηD. A well-designed antenna and matching network will have η very close to 100%

Gain is normally expressed in a decibel unit, dBi, by comparing G to the gain of an isotropic antenna. By definition, G = 1 for an isotropic antenna, so Gain in dBi = 10log(ηD), making it equivalent to a standard decibel unit. An alternative formulation is to compare the gain to an antenna to a dipole antenna with units dBd, but this is a less common convention in antenna design.

The directivity is defined using the integral shown in the emission pattern comparison below. In this image, the red circle shows the isotropic radiation pattern for an equivalent antenna, while the black curve shows an example radiation pattern with sidelobes clearly visible. 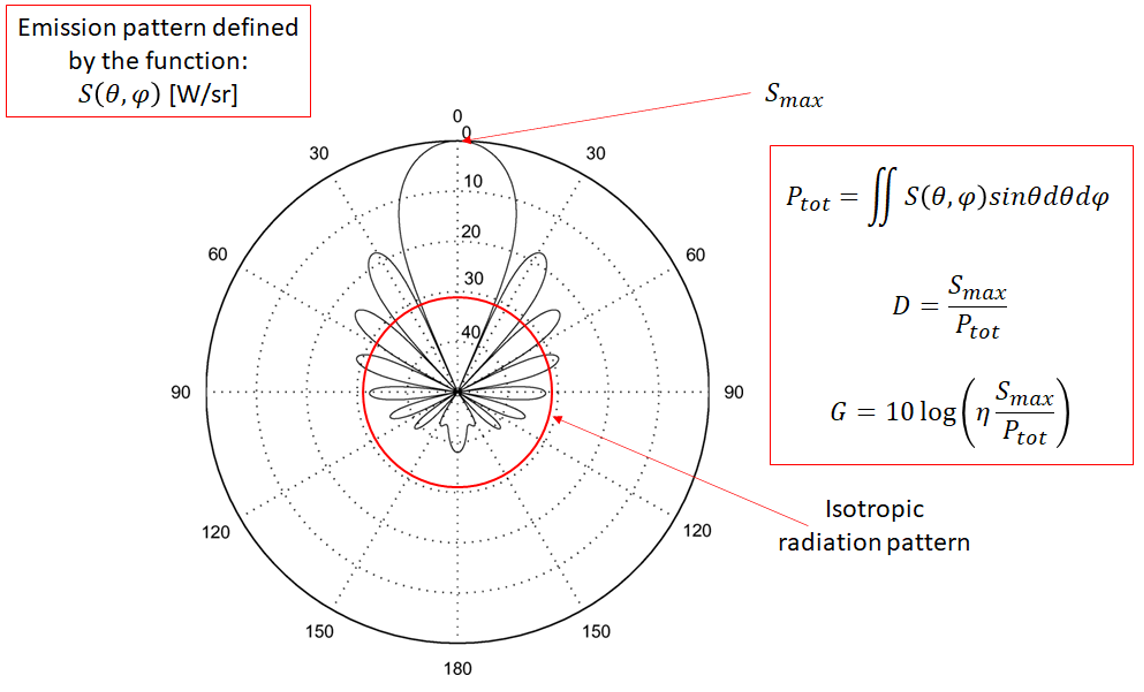 The efficiency defined here requires knowing the antenna impedance, which could be strongly reactive. Take care to note that a reactive match might be needed, particularly if using transmission lines for matching.

How to Increase Antenna Gain

From the above discussion on antenna gain, we can see a few important factors that determine the gain of an antenna and some strategies for increasing gain:

When very high gain is needed, an antenna array should be constructed to provide strong directional emission. Newer applications involving high-frequency sensing and imaging require strong directional emission to capture high-resolution measurements and images, and the best way to develop emitters with high gain and configurable field of view is to use a phased array. These systems have the advantage that beams can be steered along certain directions with off-the-shelf beamforming controllers, but the system controller becomes more complex.

Whenever you need to place antennas, route feedlines, and develop matching networks, use the complete set of system analysis tools from Cadence. Only Cadence offers a comprehensive set of circuit, IC, and PCB design tools for any application and any level of complexity. For system-level simulation, users can use best-in-class electromagnetics simulations and CFD simulations to evaluate system functionality.