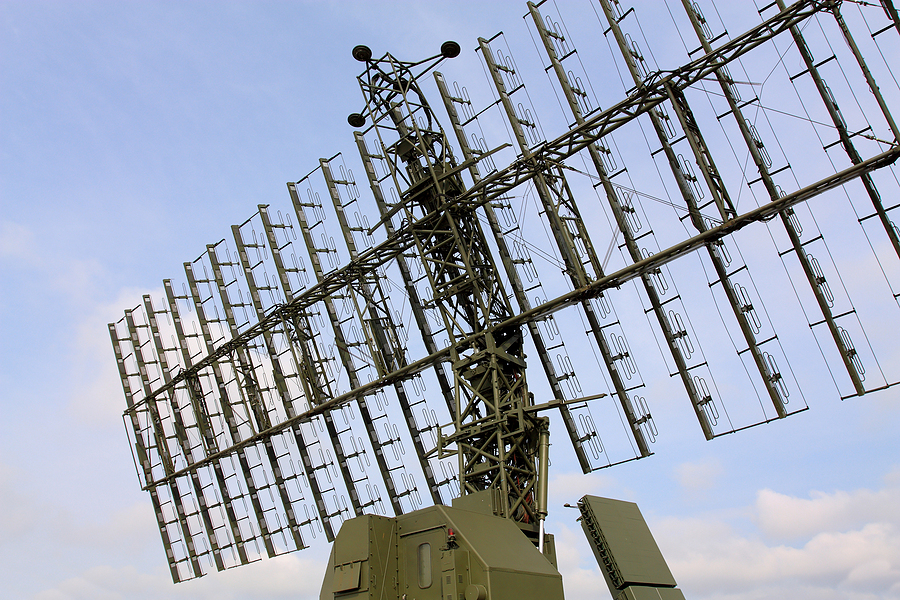 The very first phased array radar was invented with three emitters by German physicist Karl Braun in 1905. Since that time, radars have become much more advanced at all levels. In terms of system size, emitter count, signal processing, application of chirp, and available components, phased array designers have it easier than ever to design advanced beamforming systems. The two primary ways to perform beamforming are digital and analog, and each has its advantages for systems requiring beamforming.

Today’s advanced wireless and sensor systems operating in mmWave bands and higher use beamforming. This applies to newer WiFi standards, LTE and newer wireless iterations, and of course in radar. In this article, we’ll look at how analog beamforming dominated RF communications, and how designs are moving to a digital beamforming model to support systems implementing MIMO.

Concept of Beamforming in Phased Arrays

Beamforming follows a simple concept: shape the spatial distribution of electromagnetic energy emitted from an antenna such that it is directed along a specific direction to a target. Phased arrays are the standard antenna structure used to implement analog beamforming, which has been the dominant beamforming method to date. By orchestrating the emission from an array, the superposition of emitted electromagnetic radiation provides larger gain from the array of antennas than you could achieve from a single antenna.

There are two principle ways to direct the broadcast signal from a phased array: analog beamforming and digital beamforming. The former is well-known and has been used in the best radar systems long before wireless communications began to adopt beamforming.

In analog beamforming, a single input data stream (represented by a modulated RF signal) is provided to a set of feedlines leading into the phased array. Along the way, a phase shift is intentionally applied to the input signals leading to each antenna. The phase shift between broadcast signals sent to each antenna will determine the direction of the emitted beam. 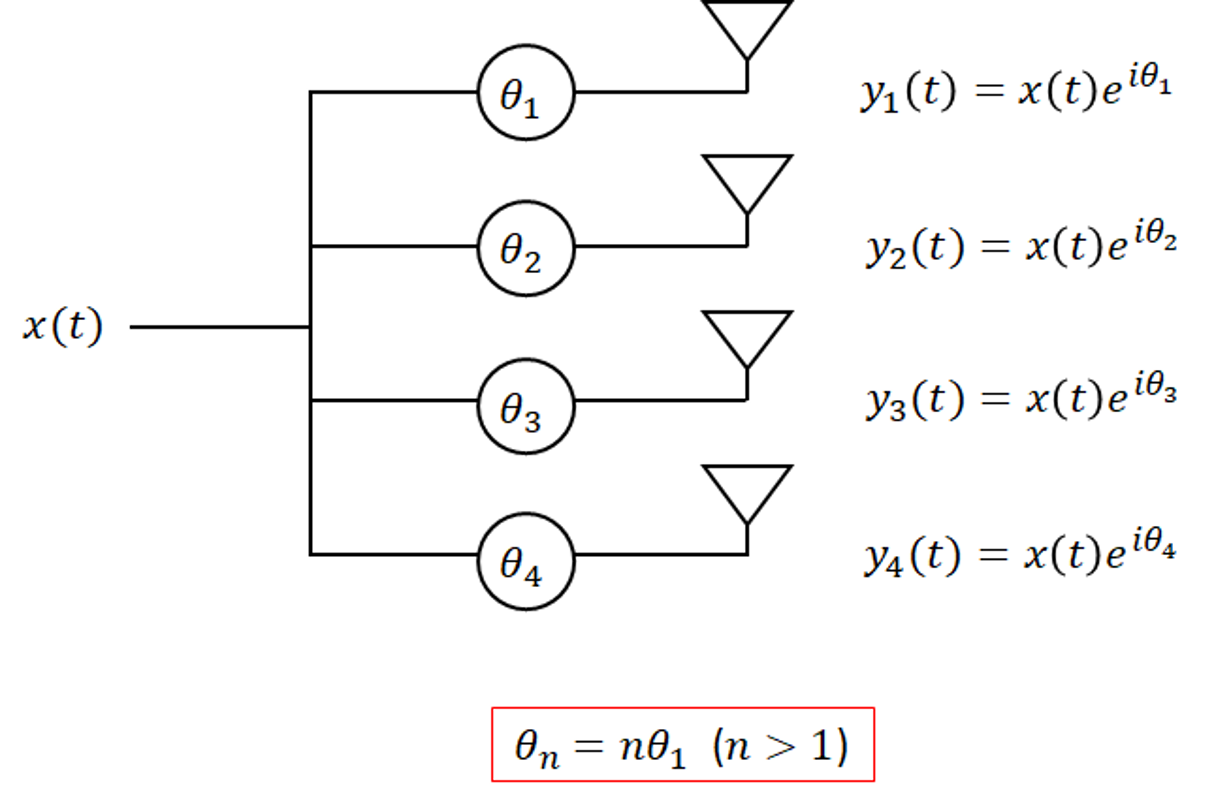 When packaged on a PCB, these antennas are normally spaced by some multiple of the broadcast wavelength (value in air). Systems like radar will co-locate the Tx and Rx elements, and the Rx elements will function in the reciprocal manner as the Tx elements. To ensure minimal crosstalk and noise suppression, coplanar waveguide routing is normally used to route signals into the antenna elements.

Analog beamforming is generally a good fit for low-cost systems with low beam-count. This creates scalability challenges as the physical size of the system grows, something which is desirable for the following reasons:

In RF systems with high antenna count (e.g., radar and 5G products), operating at higher frequencies is desired as it allows physically smaller antennas to be used. The scalability challenge in analog beamforming comes from the need for phase-synchronization across all transceivers and all radiating elements. As the system size grows, it becomes much more difficult to control phase differences and direct beams with an LF oscillator. This is a known challenge in cascaded transceivers used in analog beamforming.

In digital beamforming, each antenna element has a dedicated ADC. The result is that multiple beams can be simultaneously acquired and transmitted without requiring precise phase control to implement beamforming and steering. Instead of the beam steering angle depending on the phase difference between data streams, a technique called precoding is used to combine beams such that their superimposed emission from all elements produces beams along multiple desired paths simultaneously.

This requires calculating the precoding matrix [W] based on channel state information (CSI). This must also be done repeatedly in very short time intervals in order to enable repeated wireless transmission with a directed beam to provide high throughput data transfer. This matrix relates the input signals to the broadcast signals as follows:

This option uses more power, costs more, and can be much more difficult to complete a PCB layout. There is a compromise that could offer the best of both worlds: hybrid beamforming. 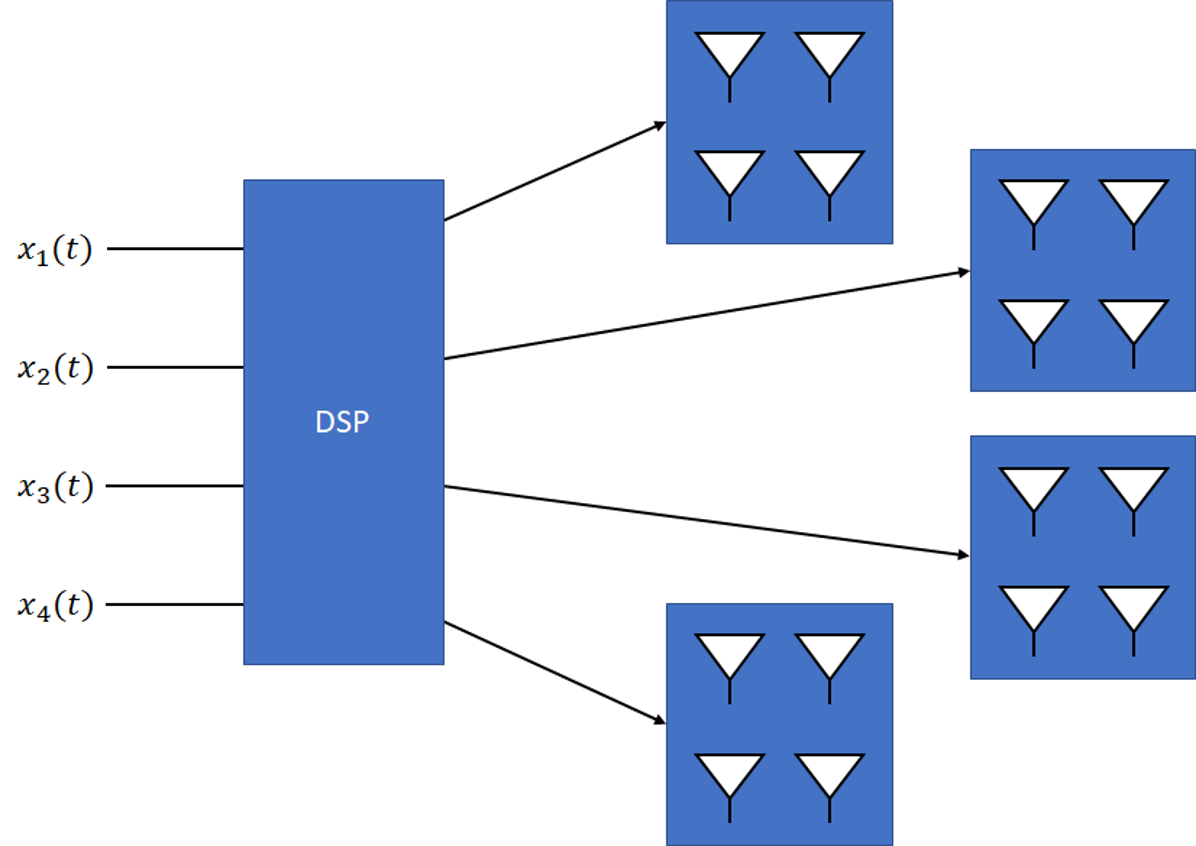 This architecture requires careful design at multiple levels: in terms of signal processing, PCB layout, component selection, and digital subsystem implementation. The example shown above is just one example where the system is partitioned into subarrays, but this is not the only method that is useful for digital beamforming. Other architectures can be used in hybrid beamforming systems.

The PCB layout portion can be particularly challenging as it still requires the phase synchronization used in analog beamforming, but this is operating alongside multiple high-speed channels needed to send data streams to subarrays. Other hybrid beamforming manifestations are possible that could help overcome the scalability challenges found in both analog and digital beamforming.

To implement analog and digital beamforming methods with phased arrays, you’ll need the best set of design, use the complete set of system analysis tools from Cadence. Among these design applications, you’ll find layout and routing utilities in Allegro PCB Designer needed to create the physical design and packaging for your new RF product. Only Cadence offers the best PCB design and analysis software that includes industry-standard CAD tools, powerful routing features, and much more.